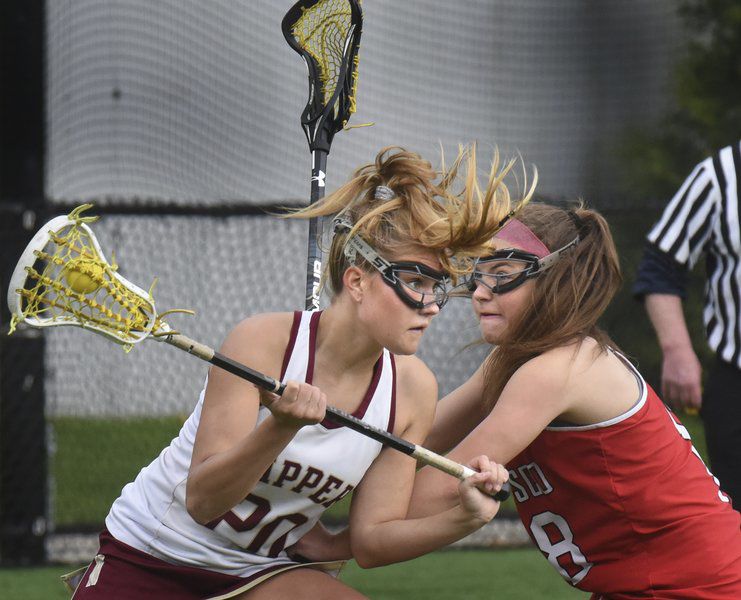 BRYAN EATON/Staff photoNewburyport senior Maggie Pons had recorded two straight seasons with 100 or more goals and was expected to challenge for the program's all-time scoring record this spring. 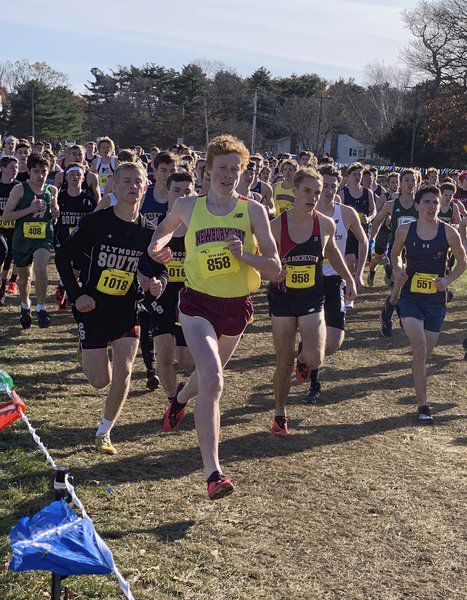 BRYAN EATON/Staff photoNewburyport senior Maggie Pons had recorded two straight seasons with 100 or more goals and was expected to challenge for the program's all-time scoring record this spring.

With the MIAA’s announcement that the spring season has been canceled due to the coronavirus pandemic, the high school athletic careers of the Class of 2020 have officially come to an end. This week we look to celebrate the accomplishments of these seniors and send them off the right way despite the abrupt and unfortunate way their stories have ended. Today we start with Newburyport High School.

The Newburyport baseball seniors reached the state tournament in all three of their high school seasons and were expected to make it four for four this spring as well. Walker Bartkiewicz and Parker McLaren were both part of all three seasons, with Tyler Koglin and Ryan Archie each joining varsity as sophomores to help key one of Newburyport baseball’s most thrilling late-season runs ever.

Midway through the 2018 season, the Clippers found themselves well out of postseason contention at 3-10. With no margin for error, Newburyport went on to win seven straight games to close out the regular season, winning the Spofford Memorial Tournament in thrilling fashion before clinching the postseason berth on the final day of the season against Essex Tech. Newburyport went on to win its preliminary round matchup against Watertown before falling to eventual state champion Austin Prep in the first round.

The three seniors on the Newburyport girls lacrosse team enjoyed as good a three-year run as anyone in program history. The seniors reached the Division 2 North finals all three years and made the state semifinals twice, capturing three Cape Ann League titles along the way. Sami Cavanaugh and Bridget Lane were both mainstays on an outstanding defense, and Maggie Pons graduates as one of the most prolific scorers in state history.

In three seasons Pons recorded 258 career goals and 79 assists for 337 points, topping 100 goals in each of her last two seasons. Despite suffering a torn ACL in the state tournament last spring, the Cornell commit had battled back and was expected to have another big season. If not for the coronavirus pandemic she likely would have challenged former teammate Molly Rose Kearney (261-145-406) for the program’s all-time leading scoring title.

Program on the rise

Newburyport girls tennis has enjoyed an incredible run over the past three years, capturing at least a share of three consecutive Cape Ann League titles while reaching back to back Division 2 North Finals. Ann de Kanter played a major role on varsity those years, having led the team at first singles last spring, and several of her classmates were expected to get their shot this spring and potentially continue Newburyport’s success.

This spring should have been a big finish for a talented senior class ready to finally break through, but two athletes in particular who are getting robbed are John Lucey and Lucy Gagnon. The two captured indoor state titles in the boys 2-mile and girls mile respectively at the Division 4 championships this winter and would have been strong contenders to win titles again this spring. Plenty of others would have ranked near the top of their events as well, with Max Passen, Olivia Sousa, Julia Tribastone and Lindsey Roberts among the many who have been strong contributors throughout their high school careers.

Newburyport boys lacrosse has been building towards the future these past few years, and this year was meant to be the program’s big step forward into league title contention. Declan Sullivan is the only returning senior, with newcomer Nick Salvatore expected to join this spring as well, and coach Josh Wedge said Sullivan had been an incredible addition to the team since coming back out as a junior after not playing his sophomore year.

“Declan is a great kid, he’s an awesome teammate, his teammates love him and he’ll do whatever the team needs him to do,” said Wedge, noting that Sullivan had switched to defense upon his return and started every game despite an early injury. “He broke his finger early in the year, played with a cast on, just a tough hockey kid.”

Out of all the spring sports, Newburyport softball’s seniors had the least amount of time to enjoy their sports before the rug got pulled from under them. Julianne Heath, Aaliyah Abad and Lindsey Hunt each joined varsity as juniors last year, while Mary Osazuwa and Lily Salka would have been newcomers this spring. The class was ready to make their last year as great as it could be before the season was canceled, with the captains holding regular captains practices before the shutdown and were continuing to work hard individually afterwards.

In their own words

Emma Cutter, girls track: “My favorite memory of track was when we used to grill at home meets and have a little team cookout, that made it special. It made it feel like we were all one big family. I think the biggest win we’ve had was when we beat a very talented Pentucket team by two points in indoor, or when we won state relays. Those were both really special moments because we knew if we could do that, we were capable of anything. And especially state relays because that was the first time we have ever done that, so having some big hardware was nice.

The best post-game bus ride we had was on the way home from winning the CAL last year. The meet was against Triton and North Reading, two very talented teams and top in the state. We got a police escort back to the school, and we were all so happy. We felt so accomplished in that moment, and it was good to be recognized for that.”