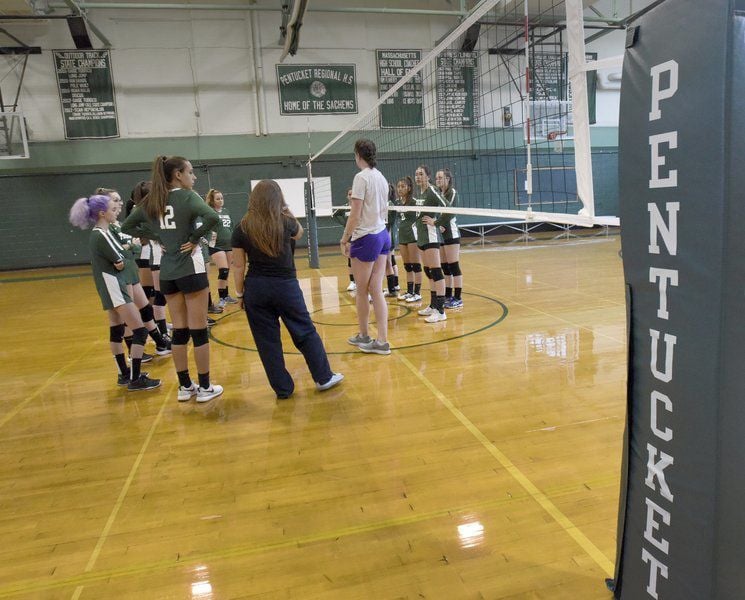 The Pentucket High volleyball team meets with the coaches at the start of practice, 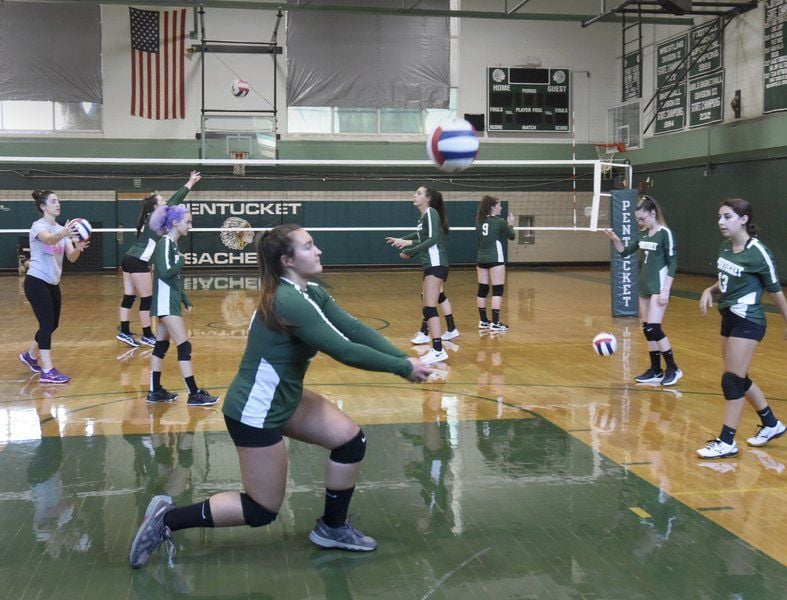 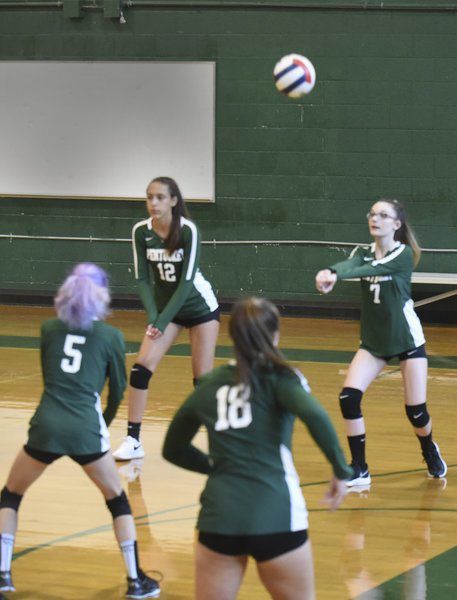 The Pentucket High volleyball team meets with the coaches at the start of practice,

WEST NEWBURY — Rachel Cenci loved having the chance to play volleyball. As a sophomore at Pentucket last fall, she gave the sport a try after giving up soccer, joining the school’s co-op program hosted by nearby Georgetown High. She learned the game, made new friends and developed a passion that she hoped to carry through the rest of high school.

There was just one problem, Georgetown’s program was growing too quickly, and with the co-op agreement set to expire, there was a good chance that she and her fellow Pentucket brethren may not get to play anymore.

So she and her teammates went to the school administration with an idea — lets create our own team.

Tonight, that idea will come to fruition as the brand new Pentucket volleyball team hosts its inaugural match.

Pentucket girls volleyball will begin its journey as an independent program tonight when it hosts Cape Ann League power Masconomet in the program’s first-ever match. The match will begin at 5:30 p.m., and the girls who helped make the team a reality are thrilled for the chance to wear their own school’s colors on the court.

“I’m so happy to be a part of it,” said Cenci, a junior. “Not just for Pentucket but in our first ever game as a team.”

The movement to create a new program gained steam in the spring, when the girls approached Pentucket athletic director Dan Thornton with their pitch. Thornton, they said, was incredibly receptive to the idea, and once there was enough interest the school went ahead and invested in the necessary equipment to start its own volleyball team.

“I put a lot of thought into it because it’s a little daunting that it’s a new program, and I didn’t have a ton of head coaching experience, but I’ve had a lot of great coaches and I’ve been playing a long time, so it seemed like an exciting opportunity,” Bennett said. “I was excited to bring my higher level knowledge to their program, and so far they’re eating it up.”

Bennett is a former Wilmington High volleyball standout who walked onto UMass Lowell’s newly-minted Division 1 team as a freshman. She went on to become a three-year starter for the River Hawks, but shortly after graduating in 2017, the university discontinued the program. Being able to start a new program after hers just ended was incredibly appealing, she said, and having the chance to help a group of girls start from scratch was a unique challenge.

When Pentucket opened tryouts two weeks ago, 18 girls came out for the program, and by and large the group had little meaningful experience. The first week was largely a skills clinic, where Bennett essentially had to teach the girls the basics of volleyball, but she said the players have already made notable progress.

“There’s obviously still a lot of improvement, but I’ve been saying in practice, we’re looking like volleyball players now,” Bennett said. “Even though their skills aren’t there yet, since we’re just a week and a half in, but they have so much drive and passion and excitement, they encourage each other, and those are things that make my job so much easier.”

“Coach Bennett is an amazing coach,” said junior Macey Rodrigues-Cowl, who played volleyball as a freshman with Georgetown before switching to cheerleading last fall. “She’s all up to date on the stuff we can do during the game, and our scrimmage against North Reading went a lot better than anyone expected.”

Pentucket’s first season will likely come with its share of bumps in the road — Triton, Georgetown and Newburyport went a combined 1-40 in their inaugural seasons in 2014, 2015 and 2017 respectively. But for the Sachems, having a team to call their own and the opportunity to lay the foundation  for a brand new program is an opportunity they don’t take for granted.

And while the Sachems acknowledge that they have a long way to go, they’re confident in their progress hope to surprise some people this fall.

“We’re all very excited,” said junior Macey Rodrigues-Cowl. “Especially since we’re playing at home, we’re playing at our gym with our nets and our balls, everything is ours and we have to show Masco that this is our territory. We may be new, but we’re not doing too bad for a new volleyball team.”