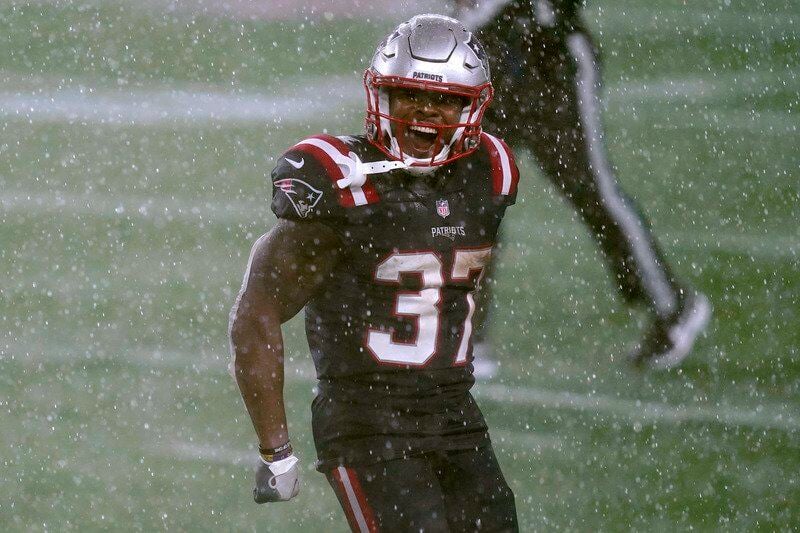 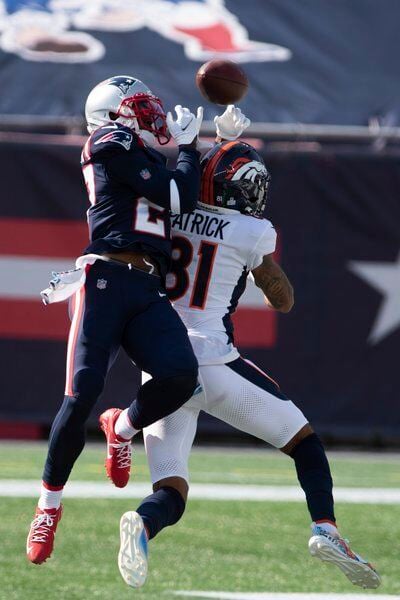 The New England Patriots, if what happened Sunday night becomes the rule instead of the exception, could make the 2020 season an interesting one.

As in football in January.

But realistically, beyond one Bill Belichick scheme and upset win, the Patriots are probably not going to compete for a Super Bowl.

That’s OK. Remember, competing for Super Bowls is a journey. The 5-11 Patriots of 1993 were as much fun following and covering as any team the last two decades.

That Patriots team won their last four games, including an overtime finale knocking the Dolphins out of the playoffs.

You knew there was something brewing.

Well, the 2020 Patriots could have something brewing. And here are five potential bright lights at end of the tunnel.

1. Harris is for real

Belichick has dumbed down the use of running backs, treating the position as a group of specialists, particularly over the last decade.

But Harris is better than that moniker, at least halfway through his first season as a starter. He hits holes fast. He finds daylight. And he isn’t afraid to run over a linebacker.

While his good start was just that, a good start, the way he ran against the Ravens was special.

He also showed some toughness, recovering from a chest bruise the week before against the Jets.

He finished with 22 carries for 121 yards and was the Patriots MVP on Sunday night. It makes you wonder if he’s an elite back.

Is Cam Newton the future? As crazy as this sounds, he might be. Newton has, thus far, fit in like a glove in terms of decent play, leadership and his desire to win over passing stats.

The only question is can he lead a team to a Super Bowl, which we assume is the goal in the owner’s box and, of course, the head coach’s office.

If Belichick deems the answer no, there could be a bevy of possible quarterbacks that could be available through free agency or trade, including Dak Prescott, Sam Darnold, Jamies Winston, Jimmy Garoppolo or even journeyman Ryan Fitzpatrick.

The Patriots, as they improve, lose out on having a shot at drafting a possible franchise QB.

When building a team, you start with the offensive line. It allows you to not only have a ball-controlling running game, but also the ability to protect the quarterback.

While Joe Thuney is probably gone after 2020, the Patriots get an “A” for filling positions on the offensive line over this second Super Bowl run from 2014 through 2018.

The Patriot strength of the team right now is this group and it probably will be next September, too.

Stephon Gilmore, the reigning 2019 NFL Defensive Player of the Year, is a goner. He’s slated to earn “only” $7 million in the final year of his $65 million deal, and there’s rumblings he’s already upset about that fact.

J.C. Jackson allows the Patriots to withstand Gilmore’s departure, eventually via trade. He is not at Gilmore’s level, but he is someone who can be entrusted, we believe, to be the shutdown cornerback every good team has.

Despite his five-game interception streak, Jackson hasn’t had a great season. He’s been beaten more times than we expected.

But he seems to be a big-play guy, one in which a defense can depend on.

As we speak, the Patriots have upwards of $70 million in cap space available. That does not include a few possible re-signings, a quarterback salary (see $25 million-plus) and some dead money absorption.

But it appears, if the Patriots spend to the cap in what will be a “challenging” year for NFL teams due to some heavy losses from the 2020 COVID-19 season, Belichick will have the ability to rebuild a few key areas of need on the defensive line, linebacker, tight end and wide receiver.

It would be expected that Belichick would go after quantity rather than quality, as in, four or five key additions, rather than two “cap eaters.”

The Patriots are in position to compete for a division title next year if Belichick hits on free agency and the 2020 draftees – particularly safety Kyle Dugger, linebacker Josh Uche and lineman Michael Onwenu – continue their rapid progress.

Yes Patriots fans, at 4-5, there is light at the end of tunnel.