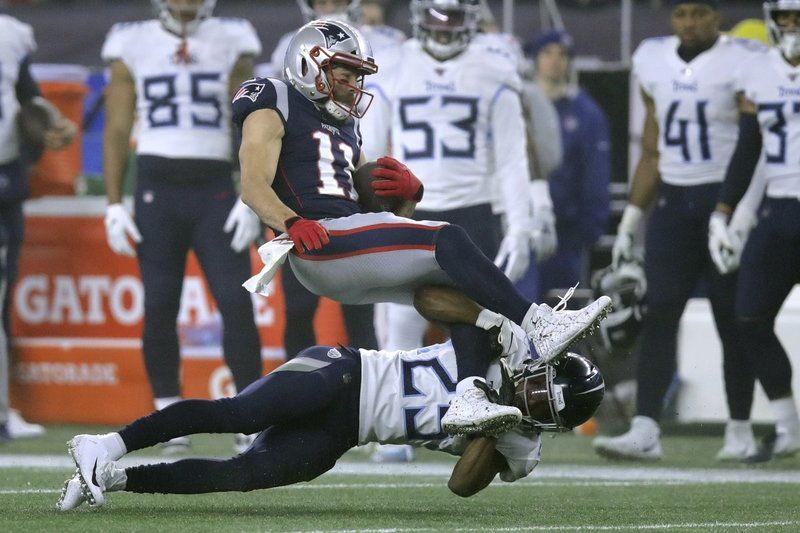 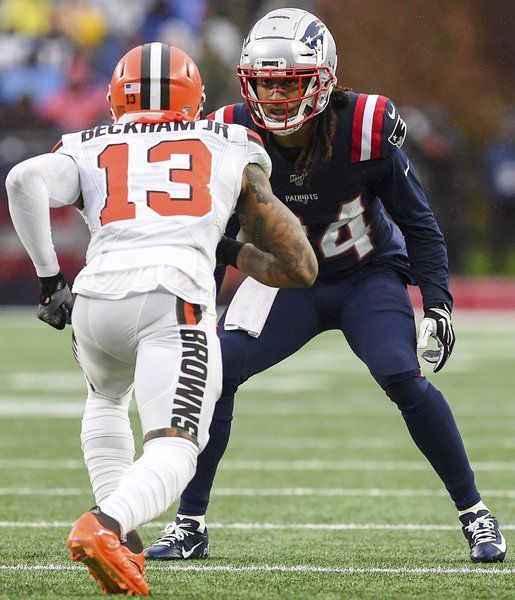 It feels kind of strange, handing out awards to the New England Patriots in early January, usually having to wait until mid-February.

But it was the kind of year, at least after an 8-0 start.

I will be dishing out the standard awards – MVP, Player of the Year, etc. – as well as a few extra:

Player of the Year: Stephon Gilmore

A no-brainer. Was among a handful of Patriots defenders that started the season red-hot. The only difference was, other than a strange game with Miami, he never let up. He was immense as a shutdown corner in a defense that led the league in man-to-man coverage and blitzes. He has gotten progressively better in each of his three seasons. And finally he is getting national notice as the best of the best at the cornerback position.

There is a difference between the award Gilmore won (Pats POY), than this one for Edelman. The amount of big plays this guy made, with very little supporting cast, was legendary. Edelman, with a true No. 1 wide receiver, might not have had better stats than he did while being double-teamed often (100 rec., 1,117 yards, 6 TDs), but the Patriots would still be playing. Edelman was a shell of himself the last two games due to knee and chest injuries, but he never missed a game. His nine-game stretch averaging 87 yards, without a legitimate tight end and an consistent running attack should not be discounted. His season ended with a drop, but the other 99 percent was elite.

Rookie of the Year: Jake Bailey

Yup. A punter drafted in the fifth round was the best Patriots newbie in 2019. Honestly, it was not a great field. Basically, it was Chase Winovich’s award to lose, after putting impressive pressure on opposing quarterbacks – 4.5 sacks through eight games. And he lost it. Winovich basically was OK the last half of the season. Bailey proved to be a weapon in Bill Belichick’s “third phase” (special teams), aiding the his obsession with field position. He finished in the middle of the field in net punting average (41.1 yards), but he was No. 2 overall in punts inside the opposition’s 20 yard line, one behind NFL leader, Tennessee’s Brett Kern. This award probably should’ve been a no-brainer for first round pick, wide receiver N’Keal Harry, who showed promise, but because of injury he was a shell of what we expected.

A tough call, but Ted Karras did yeoman’s work as the unexpected fill-in at center after David Andrews health scare in late August, which forced him to miss the season. Karras was more than solid filling in. Most of the problems with the offensive line did not include he and the guy to his left, guard Joe Thuney (second team All-Pro). Karras, a descendant of ex-Lions tough guy Alex Karras, improved as the season went on and probably would’ve moved to guard next year with Andrews returning. But that won’t happen because Karras probably earned himself a nice raise as a center somewhere.

Disappointment of the Year: Sony Michel

Sony didn’t look like a star running back, but he played like one last year, particularly in the playoffs averaging over 100 yards and two TDs per game. Sony never got going this season and, as far as we know, it wasn’t related to health. While Sony is strong, he doesn’t have the explosion we see with several backs, including the Georgia teammate drafted four picks after him, Nick Chubb (Browns). Belichick has gone out of his way to praise Michel, maybe implying the offensive line is the issue, but it just seemed too many times he got nothing. For me, running out of bounds without being touched in the first quarter of Saturday’s game with Tennessee, rather than fighting for extra yards, epitomized his season. Is he a bust? Too early to say, but it was not even an average year when the Patriots needed a big year out of him.

Leader of the Year: Devin McCourty

Win or lose, Devin was there to speak on behalf of his team. While he started the season looking like a Hall of Famer, with five interceptions through seven games, he didn’t miss a snap in 2019. In fact, he hasn’t missed a game in four full seasons, a rarity for a safety. He forced a couple of fumbles and recovered another. He has been a mainstay for a decade now and not much has changed in his consistency and production. With Tom Brady not being his normal, jovial self this season, Devin stepped up as the leader of this team.