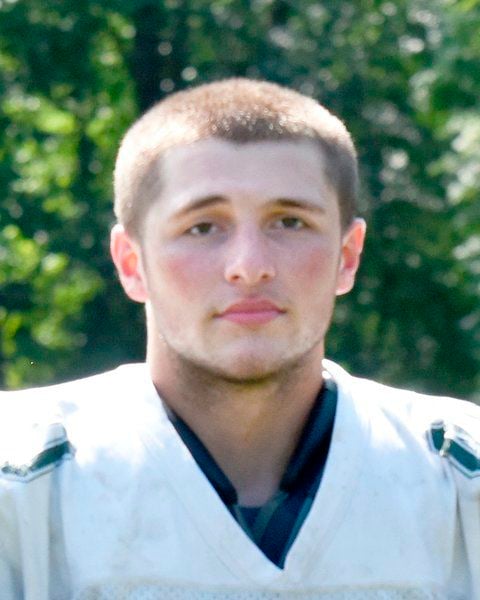 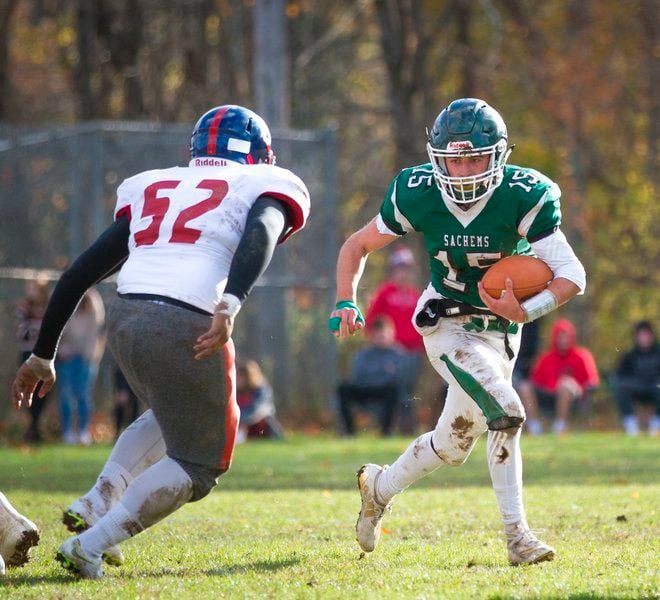 It’s been a big couple of days for Pentucket football, which has seen two of its top players finalize their college plans for the upcoming year. Senior fullback and linebacker Austin Senfleben will continue his career at Springfield College, according to co-head coach Dan Leary, and senior running back Andrew Joyce has committed to Framingham State, he announced on Twitter Monday evening.

Senfleben and Joyce were both key contributors to this past fall’s football team, which went 9-2 and reached the Division 5 North semifinals. Senfleben was in the midst of a monster season running the ball, averaging 11.3 yards per carry with 374 yards and two touchdowns on 33 carries, before a torn ACL cut his season short. Joyce took over as the team’s primary rusher the rest of the way and finished as the area’s fourth-leading rusher with 673 yards and seven touchdowns. He is expected to primarily play safety at Framingham State.

The two Sachems are the latest Cape Ann League stars to announce their college commitments. Senfleben will be joined at Springfield College by Triton’s Ethan Tremblay, and fellow Sachem Jake Etter has committed to Endicott College.

In order to slow the spread of the coronavirus, sports franchises around the world have begun to take drastic measures, including playing games without fans in attendance or cancelling games and tournaments altogether. Two major moves were taken on Tuesday in New England, as the Ivy League announced that it had cancelled its conference tournaments for men’s and women’s basketball, and the Connecticut Interscholastic Athletic Conference announced that it was cancelling all remaining high school tournament games in Connecticut. Yale men’s basketball and Princeton women’s basketball, who won the league’s regular season titles, were declared conference champions and will receive the Ivy League’s automatic bid to the NCAA Tournament.

As of this writing, all remaining winter tournament games in Massachusetts are still on, and according to Greater Newburyport athletic directors and school officials all spring sports are still on as scheduled locally as well. The coronavirus is expected to be a major topic at today’s regularly scheduled Cape Ann League athletic director’s meeting, however, so additional updates could be forthcoming in the days ahead.

You’d be hard pressed to find a family that enjoyed as much success on the wrestling mat as the Nugent family of Boxford did this winter. Phillips Academy senior Marisol Nugent led the way by winning the New England and national prep girls titles, freshman brother Colin of Phillips was third in New England, brother Trevor of Governor’s Academy was a New England runner-up and finished eighth at prep nationals and sister Cara of Governor’s was a girls New England champ and was third at nationals.

Registration is now open for the Merrimack Valley Skating Club’s April Learn to Skate USA program. Classes will be held from 4 to 4:50 p.m. on Sunday and 6 to 6:50 p.m. at the Graf Rink on Thursdays starting on April 5 and April 9 and are available for skaters age 3 through adult. The programs run as seven-week sessions continuously throughout the year, and anyone interested in signing up can do so at www.thegrafrink.com. For more information contact Alice at mvskatingclub@gmail.com or Nikki in the rink’s front office at 978-462-8112 or nikki@thegrafrink.com.