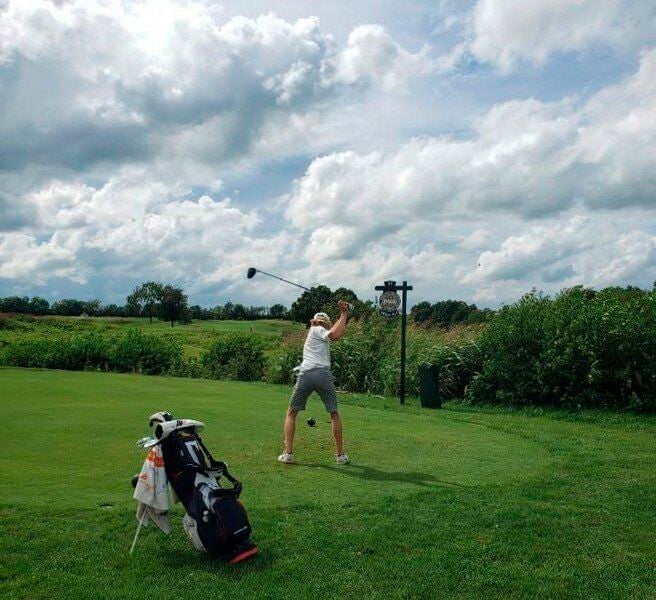 Courtesy PhotoCael Kohan competed against some of the top junior golfers in the world during last week's Junior PGA Championship. The Byfield played four solid rounds of golf to boost his confidence. 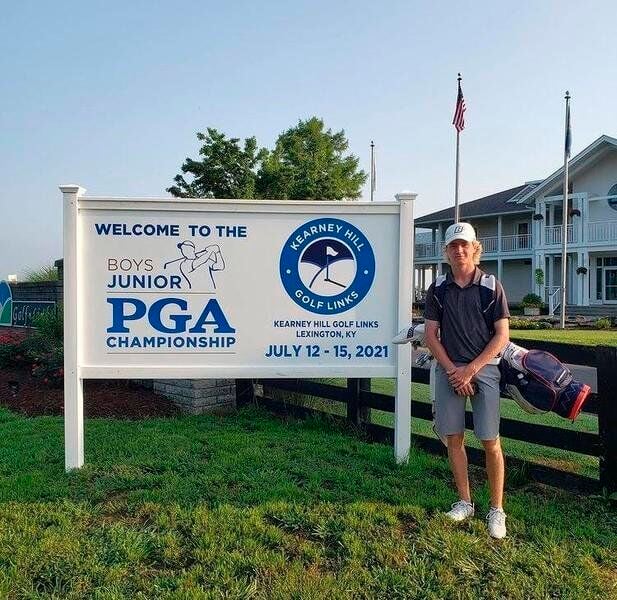 Courtesy PhotoByfield's Cael Kohan earned an opportunity to play in last week's Junior PGA Championship, and the recent Triton grad certainly made the most of it. 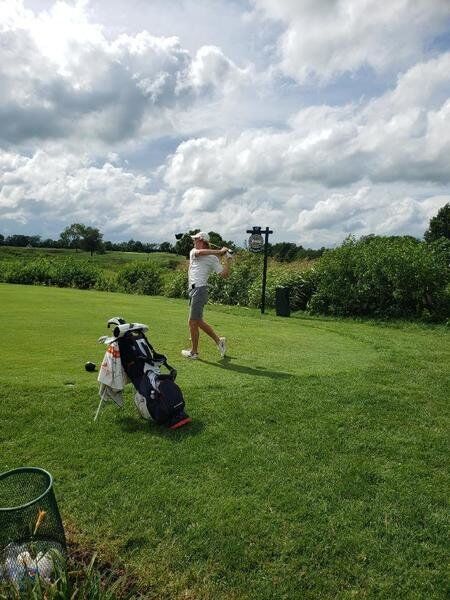 Courtesy PhotoByfield's Cael Kohan rips driver off the first tee during last week's Junior PGA Championship in Lexington, Kentucky. He had an impressive showing, making the cut competing against some of the top junior golfers in the world.

Courtesy PhotoCael Kohan competed against some of the top junior golfers in the world during last week's Junior PGA Championship. The Byfield played four solid rounds of golf to boost his confidence.

Courtesy PhotoByfield's Cael Kohan earned an opportunity to play in last week's Junior PGA Championship, and the recent Triton grad certainly made the most of it.

Courtesy PhotoByfield's Cael Kohan rips driver off the first tee during last week's Junior PGA Championship in Lexington, Kentucky. He had an impressive showing, making the cut competing against some of the top junior golfers in the world.

Cael Kohan has played in his fair share of top-end golf tournaments over the years, but nothing like this.

Last week, the recent Triton grad drove 15 hours down to Kearney Hill Golf Links in Lexington, Kentucky to tee it up alongside some of the top junior golfers in the country — and a handful worldwide — for the 2021 Boys Junior PGA Championship. For the Byfield native, who was the only Massachusetts golfer in the field of 144, the talent he was competing against was far beyond anything he’d seen before.

But that didn’t faze him.

Kohan, our 3-time Daily News golf MVP, shot 71-74-71-72 (288, +4) over four days to impressively both make the cut after the tourney’s second day, and ultimately finish in a tie for 53rd. Going in not knowing what to expect, even Kohan was surprised by how he played.

“I’m pretty happy with how it went,” said Kohan, who’ll be headed off to golf for Bryant University this fall. “The first couple of days I was just trying to stay calm. But making the cut was relieving. Knowing you’re up there with some of the best junior golfers in the world is pretty cool.”

And Kohan is not lying when he says some of the top juniors in the nation.

North Carolina’s Caleb Surratt won the event with a dazzling four-day total of 268 (-16), which included a 9-under 62 in the third round. The Tennessee commit is ranked the No. 7 junior golfer in the world by the American Junior Golf Association (AJGA), and that’s before winning last week.

With all of that talent around him — which drew plenty of college coaches to attend — and the professional-like presentation the Junior PGA treated the golfers to, one would think it would have been hard for Kohan to keep his poise.

But that wasn’t the case.

“You get there and you see the guys on the range and they’re all hitting it a lot further than you and all of their shots are good,” he said. “But you have to think that you belong there. You have to play up to their level.”

And while he’ll be the first to tell you he’s still a couple of levels below where the top players are, Kohan more than handled the pressure of the brightest lights he’s ever faced. He even overcame a quadruple-bogey 9 on the par-5 18th hole during his opening round, making four consecutive birdies on the front 9 to scratch out an even-par 71 when many other kids would have folded.

“It was a really good experience,” said Kohan.

Interestingly enough, Kohan wouldn’t have had the opportunity to play last week had it not been for a small stroke of fortune.

He originally won a “qualifier to get into a qualifier” when he shot even-par down at Bayberry Hills in West Yarmouth a couple of weeks ago. That got him into a two-day qualifier at Shaker Hill CC, where he shot +6 over 36 holes to finish fourth.

That officially made Kohan the first alternate for the Jr. PGA Championship. But when winner Ethan Whitney decided to play in last week’s Massachusetts Amateur Championship instead, it opened the door for Kohan to make the trip to Kentucky.

Safe to say he took full advantage of the opportunity.

And moving forward, as he tries to qualify for the U.S. Amatuer over the coming weeks and when he gets to Bryant in the fall, Kohan will always think back to the positive experience he just had, and the lessons he’s taking away.

“It’s more how you decide to take everything in,” said Kohan. “If you go in there thinking you don’t belong, then you’re not going to play well. It definitely helped me in learning about the mindset you have to have if you want to make it in those types of top-end tournaments.

“I’ll definitely try to bring that mindset to all of the tournaments I play moving forward.”

Byfield’s Cael Kohan got the chance to meet a handful of interesting and talented kids during his four days playing in the Junior PGA Championship last week.

One of which was California native Lincoln Melcher, who Kohan was paired with for a round.

A rising senior at Burbank Burroughs, Melcher is not only the No. 74-ranked junior golfer in the world who is committed to play at UCLA, he’s also already an accomplished actor and singer. He appeared in 13 episodes of the Disney Chanel show “Bunk’d,” and continues to both act and voice act, as well as sing, along with his stellar golf.

Melcher finished two strokes ahead of Kohan in a tie for 47th.