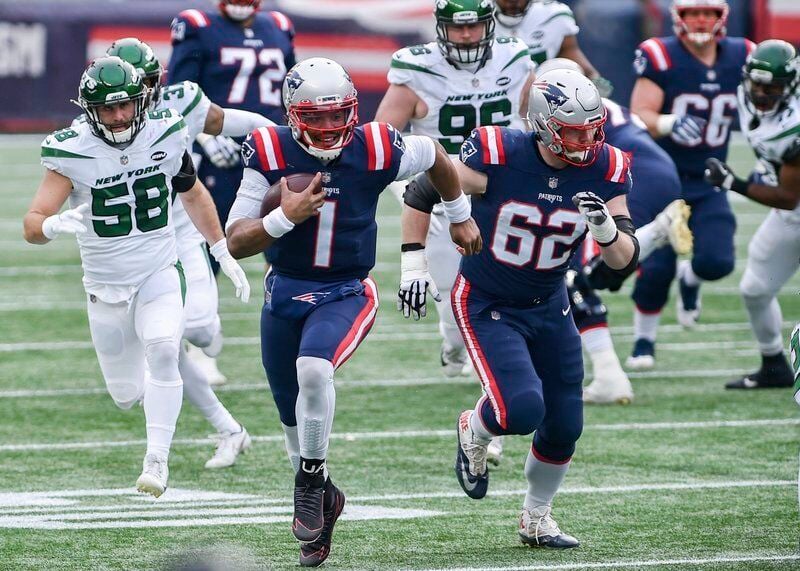 JAIME CAMPOS/Staff photoNew England Patriots quarterback Cam Newton rushes for a 49-yard gain during Sunday’s win over the New York Jets. Newton had three touchdown passes and a 19-yard touchdown catch in the game, which may have been his last with the Patriots. 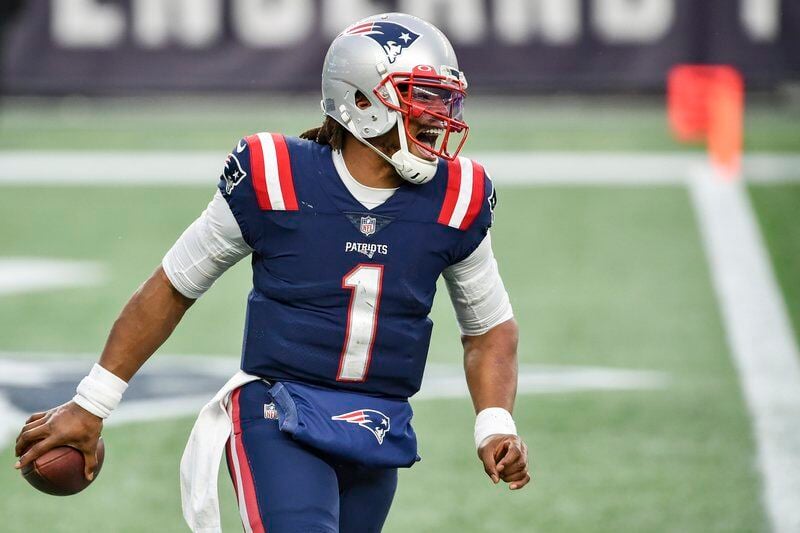 JAIME CAMPOS/Staff photoNew England Patriots quarterback Cam Newton rushes for a 49-yard gain during Sunday’s win over the New York Jets. Newton had three touchdown passes and a 19-yard touchdown catch in the game, which may have been his last with the Patriots.

The New England Patriots media handed out its annual “Nice Guy” Award last week and it could not have gone to a better dude – Cam Newton.

To be honest, he surprised a lot of us cynics, i.e. New Englanders.

We had seen it all before: The Superman celebration. The over-the-top “dapping.” The all-over-the-place hair. The fancy clothes. And the fancier hats.

Sure there were successes, but he had narcissist, at least from afar, written all over him.

But he is anything but.

The reports that his Patriots teammates liked him a lot were not just made up for interviews, like a lot of stuff is.

It was true. He endeared himself to the team and, unlike his predecessor, especially his receivers.

His smile was contagious, even in uglier days this fall and early winter.

In the end though, this is a business. And after two decades of chasing No. 1 seeds and Super Bowl berths, 2020 was the polar opposite.

Cam’s biggest problem, outside of winning 12 games, was he couldn’t throw the ball consistently. He struggled as much with long balls as, strangely, the short ones.

Of course, he didn’t have the weaponry most of, if not all, the league’s other “name” quarterbacks had.

But this was beyond names. Cam just didn’t look comfortable throwing the football. Ever.

Unless you’re the 1985 Chicago Bears, a team that won with Jim McMahon at quarterback, that, unfortunately, is what the position was created for. Opening up the field for others and, well, making big plays.

When Cam was running the football like he did on Sunday against the Jets, the Patriots were a better team.

His 49-yard burst over the right guard set on the first drive was fantastic. Unfortunately, it was expected a lot more.

As far as throwing the football, Cam was on yesterday. He wasn’t spectacular (21-for-30, 242 yards, 3 TDs), but he wasn’t close to throwing an interception and his first touchdown pass to a tight end in 2020, a 26-yarder to Devin Asiasi, was as good as it gets.

But this Week 17 win over the New York Jets, 28-14, probably had as much to do with the opponent, which will have a chance at the two franchise quarterbacks available – Clemson’s Trevor Lawrence and Ohio State’s Justin Fields – for a reason. Because they stink.

Bill Belichick repeated himself several times after the game, talking about Cam’s leadership, which referred as much to his first-guy-at-the-facility-and-last-guy-to-leave as much as his locker room speeches.

Cam ended up being a great post-Tom Brady guy. He was different and, unlike Brady last year, he smiled a lot in 2020. Belichick knew this year was going to be an uphill battle when COVID-19 claimed four starters who opted out and later claimed Cam and Stephon Gilmore for a few games.

There were reports from ESPN’s Adam Schefter that the Patriots had decided to move on from the Cam in 2021. It was not surprising. Belichick has lots and lots of film on Cam.

Like a lot of players that leave Foxborough, usually due to money, they end up saying some really nice things about Belichick, the Kraft family, and the entire organization.

Cam will be slightly different. He is at best, on a very good team, a backup quarterback. Which doesn’t appear to be in the cards, as he’s talking about getting his game back to elite levels.

Cam’s time here is done. His presence and attitude were appreciated, maybe more than he realizes.

The 2020 season, especially the months six months leading to it, were a struggle. Cam was a good soldier.

Thanks for the effort and the smiles Cam. But in the end, this is a results business. It’s time the Patriots got back to better results.