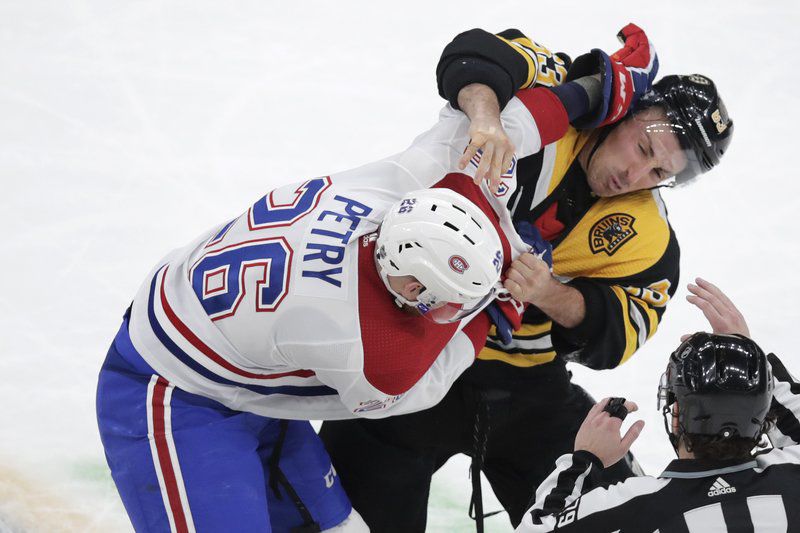 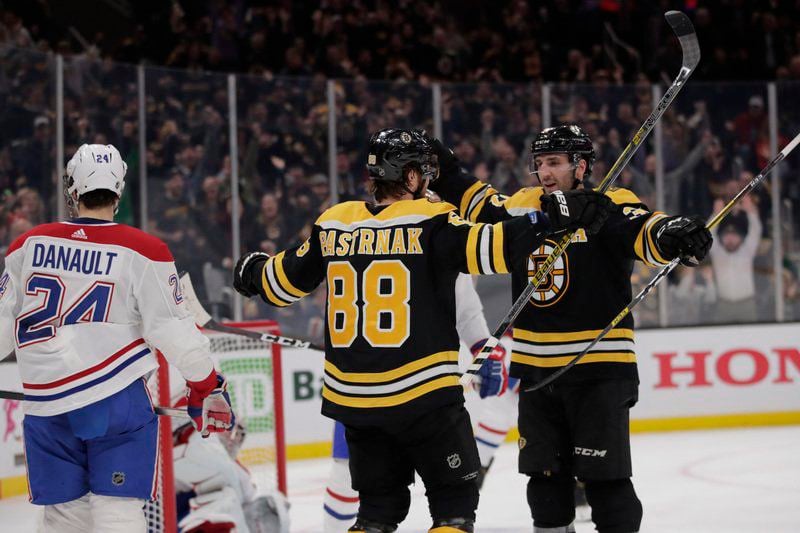 The Bruins have a bona fide superstar on their hands in David Pastrnak, now at a career high 41 goals and counting. (AP Photo/Charles Krupa)

The Bruins have a bona fide superstar on their hands in David Pastrnak, now at a career high 41 goals and counting. (AP Photo/Charles Krupa)

BOSTON — When the National Hockey League rolled out its current scheduling format six years ago, it was supposed to heighten rivalries like Boston vs. Montreal.

In theory, keeping playoff matchups within a division would mean spring hockey against the same team year after year after year, fanning the flames of provincial animosity that gave us great series between Boston, Montreal and the former Hartford Whalers in the early 90’s.

The flip side of that coin, though, was a reduced inter-division regular season slate. Wednesday’s Bruins-Canadiens game was the fourth and final one of the year, presuming Montreal bottoms out of the playoffs yet again. While there were moments when the snarl of the old rivalry popped up at TD Garden, the concept of no Boston-Montreal hockey games after Valentine’s Day is not a good one.

“We only play them four times. That’s another reason why you lose some of the rivalry,” Bruins coach Bruce Cassidy said. “It used to be eight times at least, so you don’t see them as much to develop that hatred. You don’t get them in a back-to-back anymore.”

What’s the benefit? Every NHL team plays in the building of every other NHL team at least once during the season. On paper, that’s a decent enough idea; owners in Anaheim or Calgary didn’t want to go multiple years without stars like Sidney Crosby playing in front of their fans.

But this is hockey, a team sport and not a touring brand like World Wrestling Entertainment. You should not need to bring John Cena to town to talk fans into the building; in the old days seeing B’s and Habs duke it out was a tougher ticket than a visit from the likes of Joe Sakic or Sergei Federov.

Look, part of the reason the Boston-Montreal rivalry has cooled off some is that the Canadiens just aren’t very good. The B’s have played a different Canadian franchise, Toronto, two straight years in the playoffs and may be headed for a third this spring. If the Habs held up their end of the bargain and had a playoff caliber team, and if those seven game series had come against Montreal instead of the Leafs, it’s easy to imagine that the Black-and-Gold would still despise the Bleu Blanc et Rouge.

“Maybe it was a little chippy. It wasn’t too bad,” Bruins winger Brad Marchand said of Wednesday’s game, in which he tussled with Canadiens defenseman Jeff Petry in one of the few sequences that resembled those wars of yesteryear. “There’s always high emotions against Montreal. The fans are always into it.”

Boston won three of the four against Montreal this year and the final three in a row by a combined score of 15-3. The Canadiens have some characters — Brendan Gallagher drew plenty of ire in a confrontation with captain Zdeno Chara Wednesday — but we’re not seeing them enough these days to develop any kind of tangible detest.

It’s unfortunate. As much it’s a blast watching the Habs flail around and sink in the standings, hockey’s more fun when Boston-Montreal is appointment viewing — and much more fun when the season has as many episodes as a network drama instead of a truncated Netflix production.

Some stray skate laces from the bottom of our hockey bag:

Great observation from Cassidy on budding superstar David Pastrnak, whose hat trick against Montreal Wednesday was his fourth of the season: “There’s a lot of other growth in his game that I like.”

Yes, Pasta has a career high in goals at 41 and counting. Yes, he’s probably going to be the first Bruin to hit 50 goals in 30 years. Yes, he could be the first Bruin to ever win the Rocket Richard Trophy. As Cassidy points out, his growth hasn’t just come on the scoreboard. He’s on the ice in close-and-late situations, making safe plays in the defensive zone, and he’s much strong on the wall and fighting through defensive pressure.

“Part of becoming an elite player is finding ways to score, putting up with the abuse, being shadowed. There’s very few guys that can stand up to that and he’s one of them,” said Marchand, on the brink of his third consecutive 50-assist season. “It’s scary to look at what his ceiling might be.”

Hard to believe there was once a time when we thought Tuukka Rask couldn’t beat Montreal. He lost his first 12 home starts against the Habs but made it look easy this year, stopping a combined 56-of-58 in two wins ... Came away from Wednesday’s game impressed with defenseman John Moore. He’s a depth piece, for sure, but you know the B’s will lose a defenseman or two during a long playoff run so they’re going to need him.

Also very encouraging to see the chemistry between Charlie Coyle and Anders Bjork on the third line. It takes three quality scoring lines to win in the postseason so knowing Boston has the third unit shored up with those two should allow GM Don Sweeney to focus on the top six at the trading deadline.