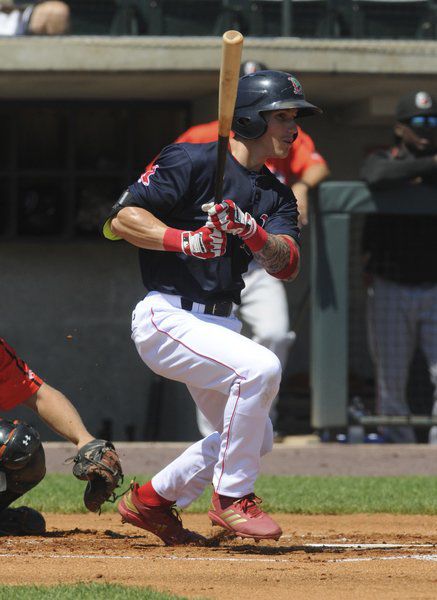 Photo courtesy of Lowell SpinnersJarren Duran takes a cut with the Lowell Spinners. A seventh round draft pick this summer, Duran has been arguably the biggest surprise among Red Sox prospects. 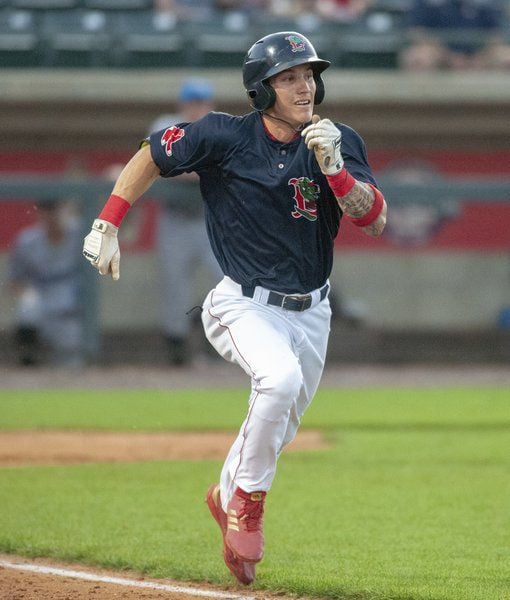 Photo courtesy of Lowell SpinnersJarren Duran takes a cut with the Lowell Spinners. A seventh round draft pick this summer, Duran has been arguably the biggest surprise among Red Sox prospects.

Jarren Duran knows how to leave an impression.

In his first professional at-bat just over two months ago, the rising Red Sox prospect ripped a triple to the wall, showing off both his blazing speed and underrated power.

Then, in his final at-bat as a Lowell Spinner last week, he left a parting gift by blasting a home run over the right field wall in Hudson Valley.

For the 2018 Red Sox seventh round draft pick who has taken the minors by storm, the amazing has become expected this summer.

“Jarren is special,” said Lowell Spinners manager Corey Wimberly. “I think he has the mentality and tools to go far in this game. From that first at-bat, you could see it. He is going to be a very, very special player to watch.”

In a Red Sox organization which is desperate for prospects — it had none ranked in Baseball America’s top 100 to start the season — the young man known as “J.D.” (not J.D. Martinez) is forcing scouts and fans alike to take notice.

He notched 16 multi-hit games almost entirely out of the leadoff spot, and had a stellar .940 OPS (on-base plus slugging percentage).

A center fielder/second baseman, he earned the promotion to high single-A Greenville, and in his debut on Friday was 2 for 3 with a pair of doubles and two runs scored.

“It’s been awesome,” said Duran. “I didn’t expect this kind of start. But I don’t set goals for stats. I’ve been out there playing the game loose and having fun, and I think that’s brought the success.”

Duran began his rise at Cypress (Calif.) High. As a sophomore he led the Centurions to a state title, and as a senior he hit .410 with 10 doubles and eight triples.

After considering the likes of Washington State and Hawaii, Duran chose to stay close to home and play for Long Beach State.

“He’s made huge strides, huge strides in his game,” Long Beach State head coach Troy Buckley told the Orange County Register during the season. “JD has really, really grown up here to be a more mature player and a more mature person.”

Duran also made an impact in the Cape Cod League before his junior year, hitting .281 with 10 steals in 34 games for the Wareham Gatemen.

Duran was ranked the No. 170 prospect in the 2018 MLB Draft by Baseball America. It called him a, “consistent performer with speed as his standout tool” and a Player to Watch.

“I had no idea what to expect in the draft,” said Duran. “I knew a few teams might be interested in me, but I didn’t know where I would be picked. I had no idea the Red Sox were interested.”

“I knew the Red Sox are a highly-respected organization and I could not have been happier to be going to Boston,” said Duran, who named legendary infielder Ozzie Smith as an idol. “My dad is an Angels fan and my grandmother is a Dodgers fan, but I am happy to be in Boston.”

From the time he arrived in Lowell, his manager could see Duran was special.

“Right away he impressed us,” said Wimberly. “He has the right makeup and mindset. He came out, worked hard and is definitely a competitor. I think that’s a big part of his success.

“He is aggressive but also smart. He swings well through the fastballs and the breaking balls, and he has a good idea of the strike zone. His speed is the most impressive part of the game, but he has some power, too.”

Wimberly was also impressed by Duran’s willingness to transition to the outfield, which he had never played. While with Lowell, Duran played 15 games in the outfield — committing just one error — and 20 games at second base.

“I had only played second base in college,” he said. “But the Red Sox told me they wanted me to play the outfield and I was all for it. Of course it has been hard, but you have to learn and adjust. I am out every day taking fly balls and working on my positioning.”

But it is his bat which has drawn the most attention.

He registered two four-hit games and three three-hit games in Lowell. He also twice drove in three runs in a game. He was recently named the No. 20 prospect overall, and No. 10 non-pitcher, in the Red Sox organization by Soxprospects.com.

Now he hopes to continue that success and continue to climb the minor league ranks.

“Everything has been so far, so good,” he said. “When you get a big hit it feels great to help your team. I just want to go out there, try to keep hitting and enjoy what I have going on in my life.”