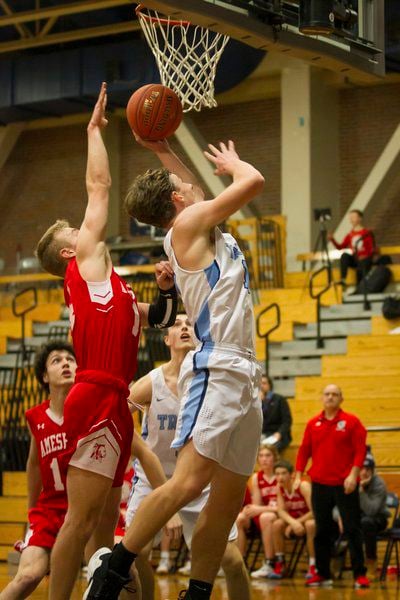 Ben Laing photoTriton's Quintin McHale lays the ball up towards the basket as Amesbury's Jaden Keliher goes for the block during Tuesday night's game in Byfield. 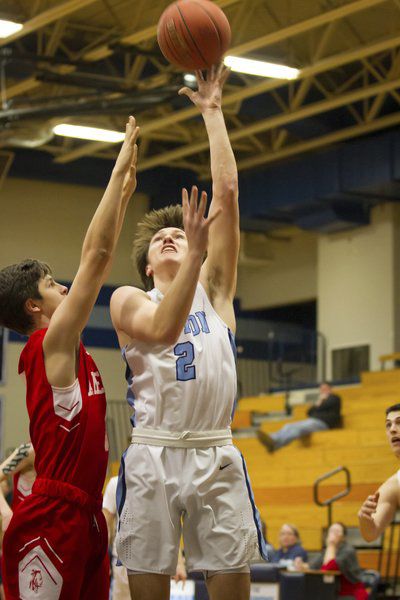 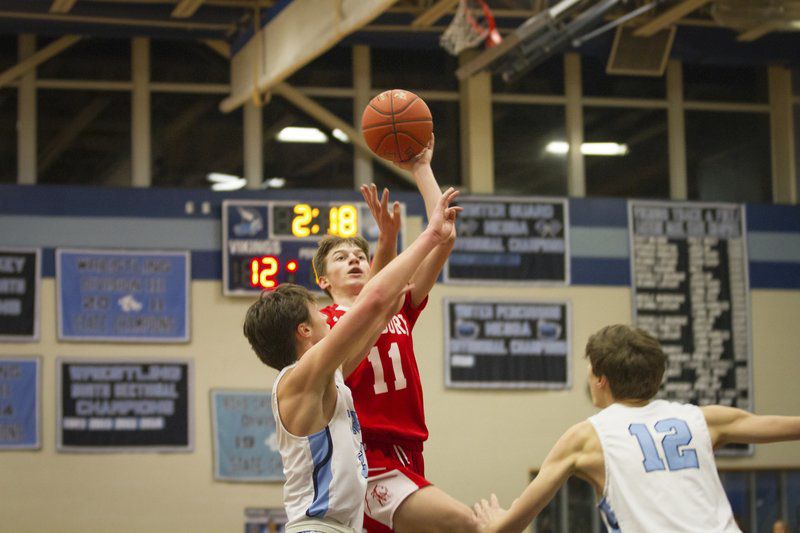 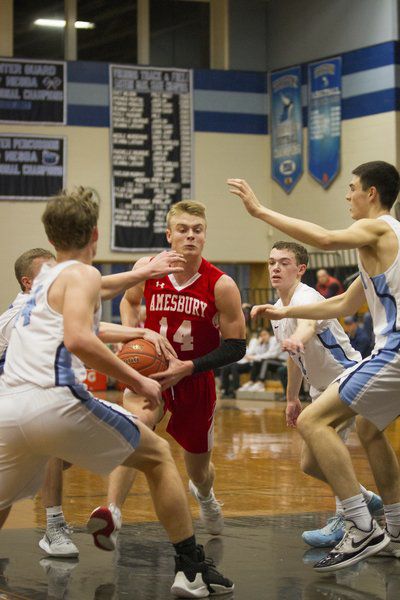 Ben Laing photoAmesbury's Jaden Keliher drives to the basket through a swarm of Triton defenders.

Ben Laing photoTriton's Quintin McHale lays the ball up towards the basket as Amesbury's Jaden Keliher goes for the block during Tuesday night's game in Byfield.

Ben Laing photoAmesbury's Jaden Keliher drives to the basket through a swarm of Triton defenders.

BYFIELD -- Amesbury has been the surprise of the boys basketball season. Coming into this week at 7-1 and riding a six-game winning streak, the Indians looked to solidify their place among the conference’s elite with a big road win at Triton.But the Vikings showed that they’re full of surprises too.

Playing its best game of the season, Triton clamped down defensively and delivered a humbling loss 63-43 loss to Amesbury. The Vikings pulled away for good in the second quarter and never let their foot off the gas pedal, stretching the lead to 20 by the fourth quarter before the reserves came in to finish the last six minutes for both sides.

Mixing a combination of press man and zone defense, Triton continuously flummoxed Amesbury’s offense and prevented the Indians’ shooters from ever getting a clean look at the basket. Triton used its size to its advantage too, outrebounding Amesbury 42-30 while giving up few second-chance opportunities.

Amesbury was able to keep up early, with the two sides going back and forth before Triton’s Quintin McHale (10 points, 9 rebounds) hit a lay-up at the buzzer to make it 16-14 Triton after one. That basket helped spark what eventually turned into a 16-5 Triton run, with the Vikings opening up a double-digit lead by halftime thanks in part to a pair of 3-pointers by Jesse Wilkinson.

Leading 36-24 at halftime, Amesbury made one last push coming out of the break with six quick points to cut the deficit in half. But from that point on, Triton went on a 13-4 run to make it a 15-point game. McHale scored eight of his 10 points as part of the rally, and not long after Triton went into the fourth leading 52-34, Comeau decided he’d seen enough and let his reserves finish the game.

Odoy and Mason Ferrick led the way offensively with 13 points each, with Odoy adding an additional eight rebounds. Michael Farago was also impressive with 8 points and 6 rebounds, and Brendan Dennis was the standout of the fourth quarter, scoring a basket with four rebounds during the final six minutes.

Jaden Keliher led Amesbury with 15 points and 5 rebounds, Jimmy Gjikopulli had 10 points and Kyle Donovan had 5 points and 10 rebounds.