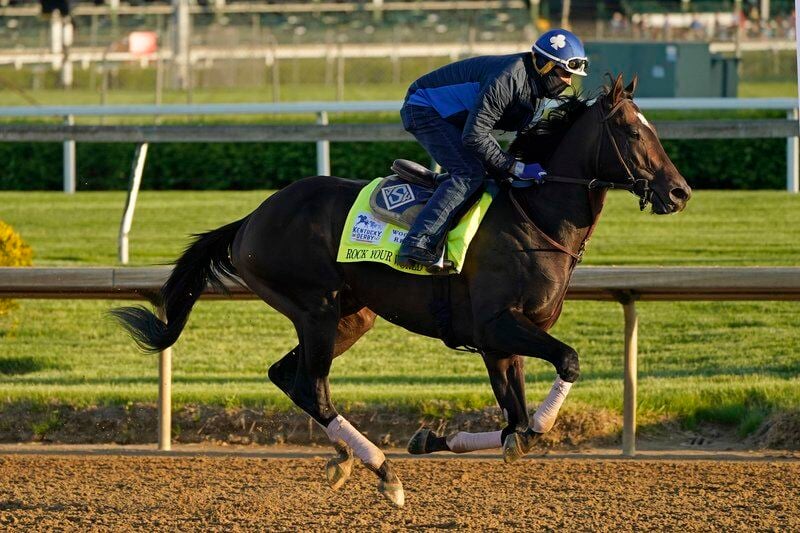 AP Photo/Charlie RiedelKentucky Derby hopeful Rock Your World works out at Churchill Downs. The 147th running of the Kentucky Derby is scheduled for Saturday. 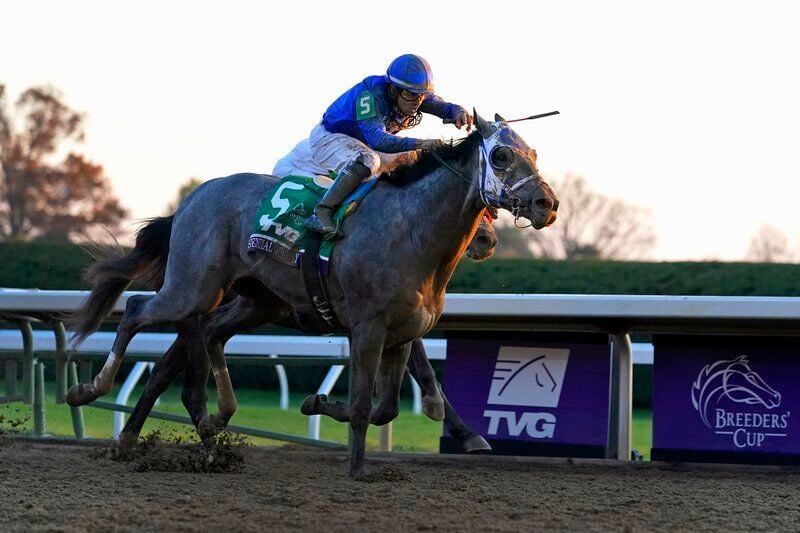 AP Photo/Charlie RiedelKentucky Derby hopeful Rock Your World works out at Churchill Downs. The 147th running of the Kentucky Derby is scheduled for Saturday.

Last year, 2020, was a year we all will never forget. Abnormal in so many ways.

Which brings us to Saturday: The 147th running of the Kentucky Derby.

All of sudden, it feels normal.

Before, we start discussing my top horses for this Derby, I’ve been on record saying this is one the deepest and most talented group on 3-year-old colts in decades.

We are looking at an exceptional crop of runners, so much so that I’d be surprised if we didn’t have three different winners in all of the Triple Crown races.

As of today, I don’t see one super horse. There are a few of them.

Now that we got that out of the way, let’s look at this full and crowded field and the most famous horse.

Essential Quality will have Luis Saez aboard as the 2-to-1 morning-line favorite for the 1¼-mile race. The undefeated Godolphin homebred colt will be looking to become just the third two-year-old champion in more than 40 years to win the Derby, following Street Sense (2007) and Nyquist (2016).

“You like to be somewhere in the middle, where you’re comfortable, and go from there,” he said.

Essential Quality is undefeated and most deserving of being the Derby favorite. It’s hard to go unbeaten in this sport.

One issue is that he has not been training well, which can be said for Highly Motivated, the horse Essential Quality defeated by a hard-fought nose win in the Blue Grass Stakes.

This is the kind of Derby race where you are asking young horses to run a grueling distance of one mile and a quarter. My gut tells me Essential Quality may not carry the stamina and speed need for that distance.

I also get the feeling both of these colts are going to bounce out of the top three in the Derby. If I’m correct, it will lead to a huge payoff.

I do believe that one of the next three horses identified below will be the Derby winner.

Known Agenda, at 6-to-1, was assigned post 1 with the three-time reigning Eclipse champion jockey, Irad Ortiz Jr., named to ride. No Derby winner has left from post 1 since Ferdinand in 1986.

It’s not easy from that box.

Trainer Todd Pletcher’s Florida Derby winner had this to say:

“You do risk the potential of getting shuffled way back. I was happy with the way (Known Agenda) ran in the Florida Derby, where he was inside when he got up into the first turn and backside, and he was able to advance and improve his position and showed he can handle being inside.”

The one-hole, he added, “is just less than an ideal place to start.”

Churchill Downs will use a new 20-stall, 65-foot starting gate this year which was built in Australia.

“I think there’s a little less concern now (about post 1) with the new starting gate, where you actually have room to go somewhere into the first turn,” said Pletcher, a two-time prior Derby winner.

Post one may not be the kiss of death after all, but we shall see if the new starting gate allows for better break from the one hole.

I have been high on Known Agenda all spring. He is training well and has a world-class rider in Ortiz. And despite being in post 1, I’m hopeful rider and horse can work out a trip to capture this Derby.

I’m pretty sure he will get the Derby distance. He’s my pick to WIN.

Rock Your World, will use is speed and front running tactics as he did to win the Santa Anita Derby.

Rock Your World’s jockey, Joel Rosario, has been aggressive on speed horses in Derby preps this spring. I’m expecting Rosario to send, and for this colt to deliver, a strong effort.

My last Derby horse pick to finish in the Top 3 is Hot Rod Charlie, winner of the March 20 Louisiana Derby after being campaigned primarily in California. He has been training very well.

“It took us a while to figure him out, but he’s happy, we’re happy, and we like the way things are going,” said Doug O’Neill, who arrived Sunday on a separate flight.

Hot Rod Charlie won the Louisiana Derby on the lead, but O’Neill seems resigned to the colt reverting to the kind of stalking tactics he used in prior starts.

Hot Rod Charlie, which will break post 9, is a fresh improving horse with tactical speed. I expect him to run a super race.

Derby review would not be complete if I did not mention Bob Baffert.

Baffert, who tied Ben A. Jones for most Derby wins (six) by a trainer when winning the Derby with Authentic last September, has one starter this year in Medina Spirit (post 8).

His best Derby prospects – Life is Good along with Greatest Honour, two very talented colts – are out with recent injuries. They will both be forces to watch once they are back racing.

A fast track is expected for Saturday, with sunshine and a daytime high of 73 in the local forecast.