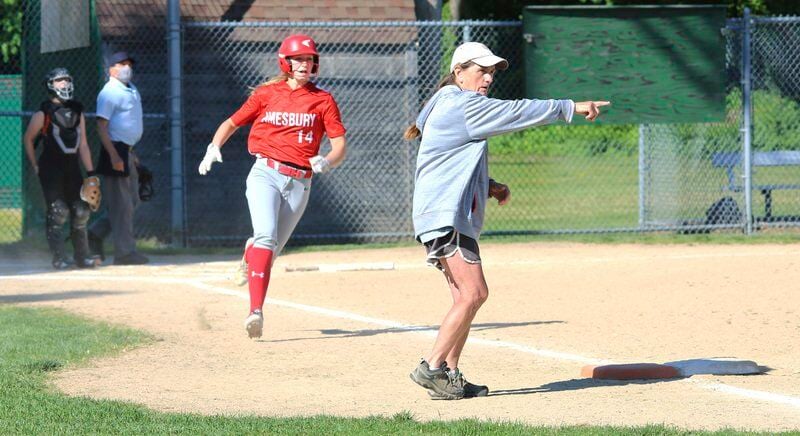 Doug Waters PhotosJacquie Waters has been the beloved head coach of the Amesbury softball team for the past six years. This spring, she guided the Indians to the Division 3 state championship game. 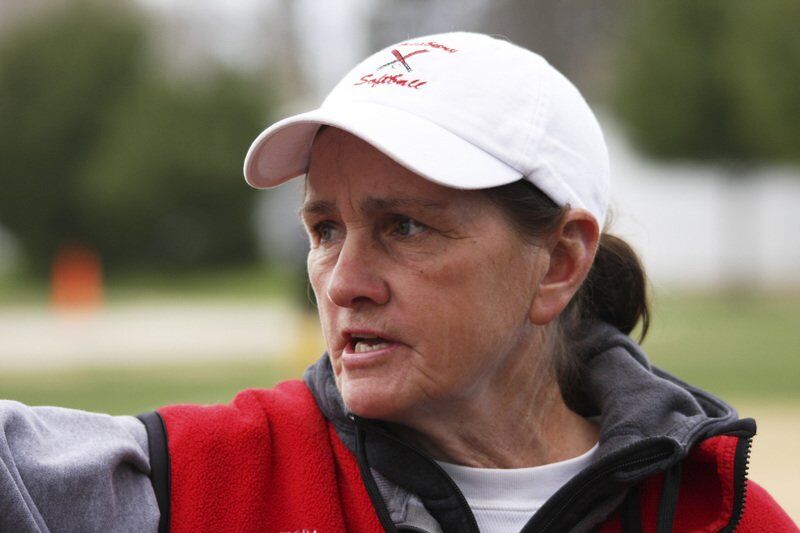 Doug Waters PhotosLongtime softball coach Jacquie Waters has been a staple in the Amesbury community for over 30 years. 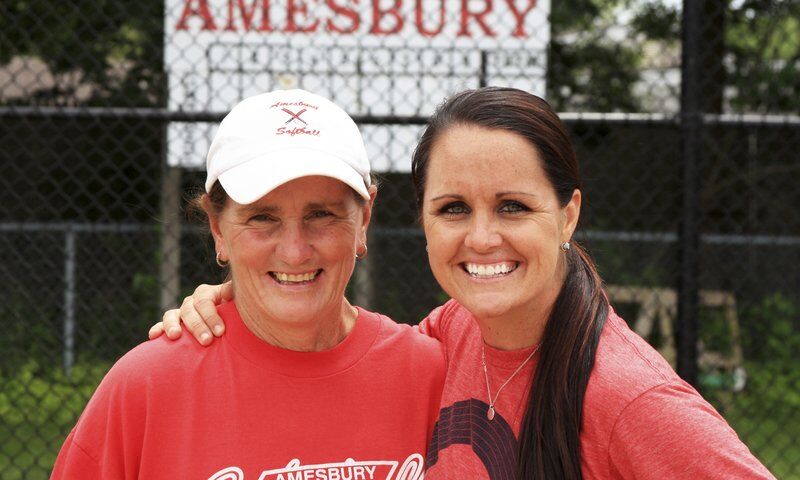 Doug Waters PhotosJacquie Waters, left, and her daughter Ashley are two legends in the Amesbury softball community. Jacquie has been with the Amesbury program for over 30 years, while Ashley has been the softball coach at Boston University for the past six seasons. 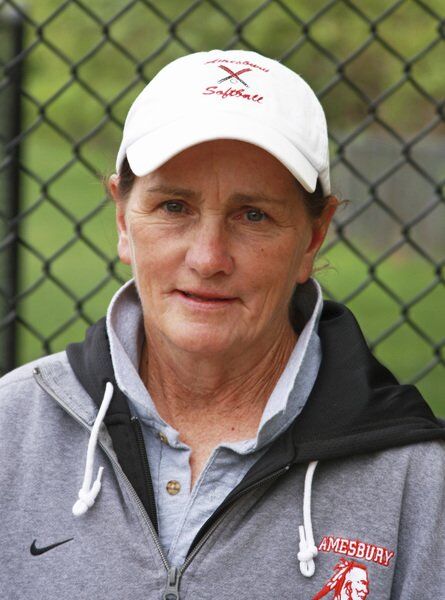 Doug Waters PhotosJacquie Waters has been the beloved head coach of the Amesbury softball team for the past six years. This spring, she guided the Indians to the Division 3 state championship game.

Doug Waters PhotosLongtime softball coach Jacquie Waters has been a staple in the Amesbury community for over 30 years.

Doug Waters PhotosJacquie Waters, left, and her daughter Ashley are two legends in the Amesbury softball community. Jacquie has been with the Amesbury program for over 30 years, while Ashley has been the softball coach at Boston University for the past six seasons.

The story of the Amesbury softball program is one of a dynasty that has lasted over three decades.

It’s a story that, since 1988, includes four state championships (1988, ‘89, ‘97 and ‘00), seven North Sectional titles and 25 Cape Ann League crowns — giving proper accolades to the droves of high-end talent the program has produced.

It is, quite simply, a story of overwhelming success.

And it’s a story that can’t be told without Jacquie Waters.

A staple in the Amesbury community, Waters collectively served alongside legendary coach Chris Perry for 27 years as freshmen coach, JV coach and then varsity assistant. It was a coaching combination that brought with it plenty of winning. When Perry — whom the new softball field is named for — retired in 2015, Waters originally planned to follow him out.

“I had said my goodbyes and everything,” laughed Waters.

But after meeting over lunch, the two decided that it would be best for the program if Waters stepped in to the head coaching role. And so she did.

Needless to say, it was a smart decision.

In her six seasons at the helm, Waters has an 84-26 record with five straight CAL titles, three CAL Coach of the Year awards and this spring’s run to the Division 3 state championship game — which Amesbury got to host — under her belt.

“We both put a lot of time into the program and were worried about where it might go,” said Waters. “I originally was only going to do it for that one year, but here we are six years later!”

Even after 32 years coaching the game — she doesn’t count the lost 2020 season — Waters still brings the same passion and energy she did on Day 1.

The reason why is simple.

“The kids. I love being around them,” said Waters. “You get to know a lot of them and really form lasting relationships. The kids today have changed from when I started, but not in a bad way. It’s fun being on the bus rides and hearing them talk about school or their boyfriends and girlfriends. It’s like a little family.”

“Wins and losses asides, it’s just so fun to be a part of so many people’s lives.”

Her players, past and present, certainly feel the same about her.

“Jacquie’s always been a very good role model for us,” said rising-senior Ella Bezanson. “She’ll always push us to be the best we can be. She’s someone I can go to if I need to talk to someone or ever need help with something.”

It helps that Waters herself is a softball lifer.

She grew up in Lynn and played for St. Mary’s in high school and various other town teams. In 1984, she and her husband, Doug — a now-retired army Lieutenant Colonel who served 27 years — moved to Amesbury, where they’ve been ever since.

With her husband away a lot, Waters went back to softball to supplement working for North of Boston Media Group and the Newburyport Daily News in production and distribution. She got involved with the local youth softball leagues, and helped grow them to become the feeder system for the high school team that they still are to this day.

“I love doing the clinics when I can bring my high school kids and have them be the role models for the little ones,” said Waters. “It’s all about getting those girls excited about playing softball.”

In Waters’ own words: “Those 1988 and ‘89 teams, those kids were the reason for our success. They were unbelievable student-athletes. They went 49-0 and won those two straight state titles.

“It’s almost like they put together this mystique of winning that still carries around the program today.”

It’s a program that’s produced many greats, like Joy Farmer, Kristy Gleason and Nikki Savastano — who is on Waters’ staff at Amesbury — to name just a few.

And, of course, you can’t forget Waters’ own daughter, Ashley (Class of ‘05). The 2005 Boston Globe Female Athlete of the Year, Ashley, who led the Indians to the Division 3 state title game her senior year, had a stellar four-year career at the University of Maine and has been the head softball coach at Boston University the past six years.

Like mother like daughter, both were named Coach of the Year in their respective leagues this spring.

And just like Waters got to watch her daughter grow up with softball, she’s also now had more than a handful of mother-daughter student-athletes come through the program.

“I’ve had so many girls come through and now I’ve watched some of their kids grow up,” laughed Waters. “It’s kind of weird, but all of the parents have been great.

“It really is a great softball community.”

It’s a community that wouldn’t be nearly as strong without Waters’ years of dedicated work.

Early predictions would say Jacquie Waters’ 33rd season coaching Amesbury softball should be a good one.

The Indians (16-1) are fresh off a trip to the program’s sixth state championship game appearance since 1988, and will return all but one starter. Daily News MVP Olivia DeLong is a rising-senior who hit .490 with 40 RBI this spring, and Daily News All-Stars Alana DeLisle, Ella Bezanson, Ella DeLisle and Izzy Levasseur are all slated to be back.

DeLong and Alana DeLisle are both lights out pitchers as well.

“We’re losing some great seniors,” said Waters. “But we do have a lot coming back.”

Newburyport - A Celebration of...