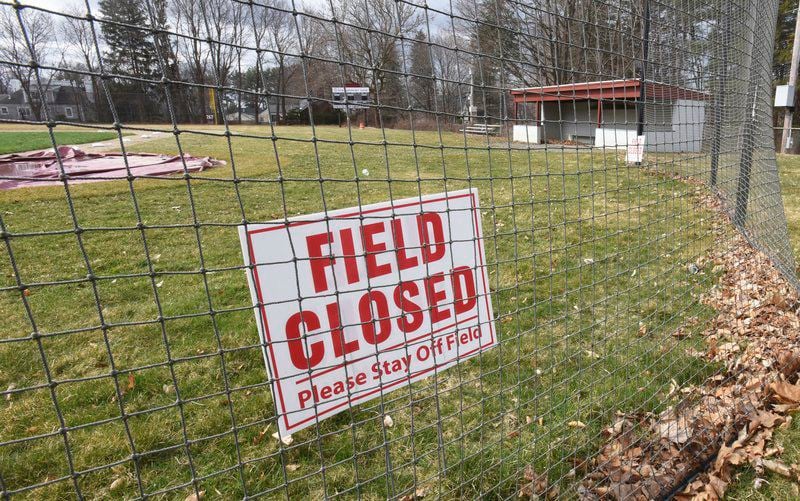 BRYAN EATON/Staff photoThe Lower Field at Pettingell Park, home of Newburyport High School baseball, won't be home to any kind of baseball as long as the coronavirus outbreak continues. 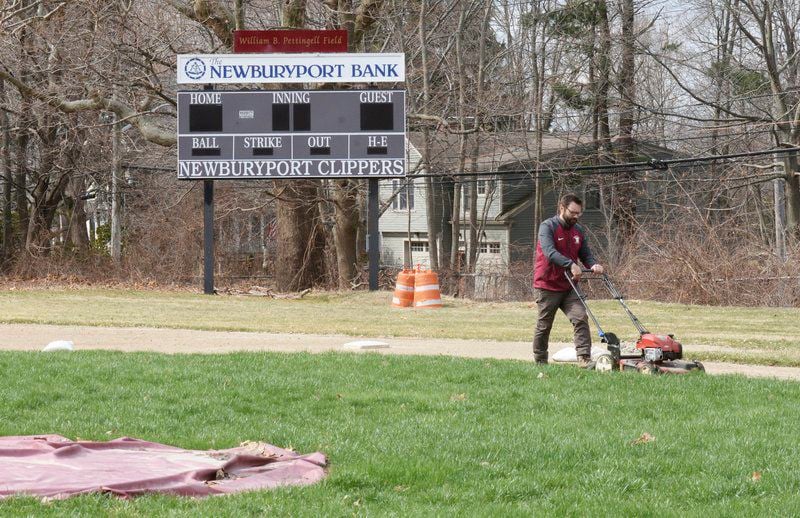 BRYAN EATON/Staff photoThe Lower Field at Pettingell Park, home of Newburyport High School baseball, won't be home to any kind of baseball as long as the coronavirus outbreak continues.

NEWBURYPORT — Normally by now the spring season would be in full swing. Tryouts would be wrapping up, varsity rosters would be nearly finalized and the local teams would be gearing up for their first scrimmages, with the season opener right around the corner.

But these aren’t normal times, and for the time being, all the local fields and diamonds remain empty.

Since the coronavirus outbreak shut down ordinary life in America two weeks ago, sports at all levels nationwide have been put on pause. Locally, the decision was made to postpone the start of the high school spring season from its March 16 start date, and on Wednesday Governor Charlie Baker ordered all Massachusetts schools to remain closed until at least May 4.

Given that the MIAA’s Tournament Management Committee had previously recommended all state tournaments be canceled if the season started any later than April 27, it now appears likely that there won’t be any state champions crowned in 2020.

Whether there are any spring sports at all will depend largely on how the coronavirus pandemic plays out in the coming weeks. Until then, all anybody can do is wait and hope for the best.

“I think everyone is in kind of in the same boat, nobody is throwing in the towel on the season, everyone wants to do something for these kids,” said Georgetown baseball coach Phil Desilets. “Up to this point we’re just staying positive and looking forward to the season to come, but if everything got wiped out I’d be devastated for the kids.”

With school out, athletic fields closed and strict social distancing guidelines in effect across the region, spring athletes are limited in how they can prepare for the season. No captains practices are taking place, nor are group workouts of any kind, and training at this point is limited to whatever you can manage in your own backyard.

“For a couple weeks I was going to captain’s practices, doing some hitting off the tee and soft toss, but now that we can’t I’m just trying to play catch with my dad and brother,” said Newburyport senior Parker McLaren. “Maybe play some whiffle ball.”

With offseason rules still in effect, spring coaches are also limited in the involvement they can have with their teams. Amesbury softball coach Jacquie Waters said she hasn’t given her players any kind of offseason training program, and other than fielding calls from parents reaching out to touch base, she’s pretty much left the kids to prepare for the season however they can.

“This is really awful, I feel terrible,” Waters said. “Especially for someone like [senior Meghan McElaney], four years of playing and she might not get it back. I hope something changes by May.”

The disruption has presented a unique challenge for new coaches who are still looking to get started with their first seasons. For instance, new Triton softball coach Alan Noyes, a longtime club coach with the Firecrackers Softball program in Dracut, held his introductory meeting with the team the day before the coronavirus shutdowns picked up steam.

Now, instead of preparing the Vikings to defend their CAL Kinney title, he’s been forced to watch film of last year’s games to get a head start on learning about his returning players from afar.

“Going to be a solid team,” said Noyes, offering his impression of his girls so far. “Should hit the ball well, should pitch the ball well, we’re going to have four new starters in the lineup so it’s going to be interesting.”

As it stands now, schools are waiting for additional guidance from the MIAA following Governor Baker’s extension of school closures. Prior to that move, the MIAA was proceeding with a plan that would have teams play a maximum of 12 games. The preseason would’ve lasted only about a week and the postseason would have begun in early to mid-June like normal, though that likely won’t happen now.

Locally, most Cape Ann League coaches expect to play a schedule consisting exclusively of conference opponents, though whether that entails playing everyone in the league once, a home and home against divisional opponents or some combination of the two will depend on the specific circumstances of each school and program. There has also been talk of possibly holding a CAL tournament as an alternative to the state tournament, though right now everything is in flux.

Even if the coronavirus outbreak is brought under control and the season is able to begin by early May, the shortened season will still present unprecedented logistical challenges. For starters, baseball coaches are concerned about the effect the timetable could have on players’ arms, especially pitchers accustomed to a much longer ramp-up to the season.

“It’s one thing to play catch in your backyard, it’s another to make throws in practice,” said Desilets, noting that the MIAA’s new pitch count rules are also set to take effect this spring, which will add an additional variable for coaches to consider. “And it’s going to be a really short preseason, like a week instead of four weeks.”

Desilets said he anticipates the quality of play will be down across the board this spring, and in baseball especially we could see a lot of blowouts if teams wind up being forced to start a No. 4 or 5 starter against an opposing ace due to time and pitch count constraints. Yet sloppy baseball would be better than no baseball at all, and he’s hopeful the kids get a chance to give it a shot.

“It’s definitely going to be a season unlike any other,” he said.