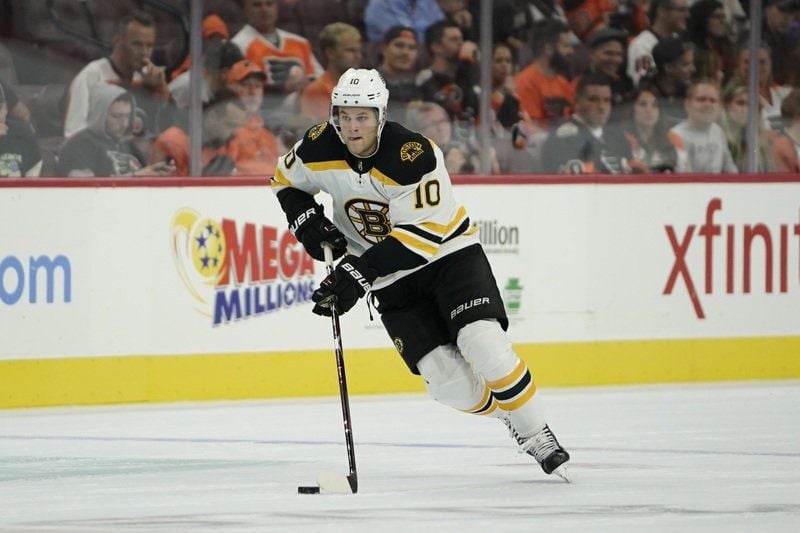 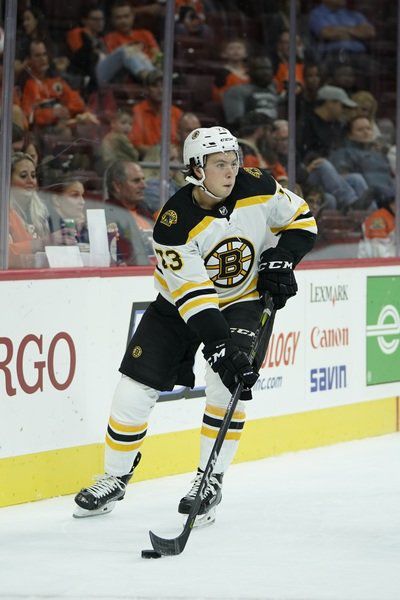 AP photoJust 19 years old, Charlie McAvoy figures to be a big part of not only the Bruins’ defensive corps, but also the team’s resurgence of youth for the 2017-18 NHL season.

AP photoJust 19 years old, Charlie McAvoy figures to be a big part of not only the Bruins’ defensive corps, but also the team’s resurgence of youth for the 2017-18 NHL season.

It’s not a word that’s been conjured up often when describing the Boston Bruins the last three years. Frustrating, lethargic, inconsistent, drab, unpredictable ... any of those would be apropos. But exciting? No.

That, however, is changing.

A slew of young, talented and hungry-for-their-shot youngsters will make up a chunk of the Boston roster for the 2017-18 season, which begins Thursday night at the TD Garden against the defending Western Conference champion Nashville Predators. Still more are in the pipeline, just waiting for their opportunity to prove they belong in the bigs.

“Right now it’s exciting. It’s been a few years in the making, to see some of the young kids being able to push for jobs,” said Bruins President Cam Neely. “It looks like a couple have done that.”

At least on paper, there appears to be an appreciable mix of talent between the in-their-prime guys (Patrice Bergeron, Brad Marchand, goalie Tuukka Rask), savvy veterans (David Krejci, Adam McQuaid), elder statesmen (Zdeno Chara, David Backes) and the organization’s bevy of young pups. Will they form a cohesive bond, enough to push Boston back into the playoffs for a second successive spring? Can they combine forces to do more than last spring’s first round flameout? Will the young legs be able to adjust to the inevitable speed bumps and down times that come with playing in the NHL night after night?

“We’re going to continue to move in the right direction,” said 20-year-old Brandon Carlo, a 6-foot-5, second-year defenseman who again figures to partner up with Chara. “I feel like implementing the young guys is only going to help. We have a great group of guys who have created that foundation for us like Z, Bergy, Marchand ... they’re going to help us moving forward, take us under their wing and show us the ropes.”

“I think the world of those guys, the veterans on the team,” added Charlie McAvoy, the precocious 19-year-old rookie blue liner. “I’m so thankful they’ve taken me in to be a part of this family. Those guys have been here, and there’s a reason why they’re reliable. I’m very thankful to have guys like that in this locker room ... and I’m definitely going to take advantage of those guys.”

General manager Don Sweeney wasn’t just building up his young charges when he said that some “have made life difficult for what this lineup looks like Thursday night, and that’s a good thing.” Together with Neely, head coach Bruce Cassidy and his assistants, the Boston brain trust has had the pleasant problem of deciding which of its talented youngsters to keep with the varsity and see if they can stick in the world’s best hockey league.

Fresh out of Notre Dame, 21-year-old right wing Anders Bjork will get the first crack of skating on the club’s top line with Bergeron and Marchand. His confidence and skating acumen have made him a comfortable fit with the two superstars, and his play away from the puck shows the development in his game, according to Sweeney.

Jake DeBrusk, one of the team’s three first round selections from 2014, could find himself as the second line left wing alongside Krejci and 21-year-old highlight reel winger David Pastrnak. DeBrusk will turn 21 on Oct. 17 and has plenty in his toolbox to stick as a top six forward.

Tim Schaller may be 27, but he’s still a relative novice as far as NHL experience (94 games). He makes himself valuable with his versatility, being able to play any of the three forward positions on the second, third or fourth lines. (“I even played defense for two years in junior hockey,” he said).

Sean Kuraly, 24, is ready to add to his eight games of NHL experience by applying grit, hockey sense and a knack for getting to open areas of the ice. Noel Acciari, 26, is a steadying checking line presence. Sharpshooting Frank Vatrano, 25, is trying to round out other parts of his game to make himself more relevant. And for all his inconsistencies as a player, Ryan Spooner is still a talented 25-year-old asset as a pivot.

Then there are the guys at AHL Providence who would love nothing more than to owning a locker stall of their own on Causeway Street. It wouldn’t be surprising to see 20-year-old center Jakob Forsbacka-Karlsson in Boston before the year ends, particularly if Spooner remains erratic or gets traded. Peter Cehlarik (22), Austin Czarnik (24), Zach Senyshyn (20), Ryan Fitzgerald (22) and Danton Heinen (22) — they’re all cognizant that strong play on the farm will get noticed by upper brass when a body is needed.

It’s more of the same on defense. In addition to Carlo, big things are expected from McAvoy, even though he won’t turn 20 until four days before Christmas. Gifted in all three zones and with terrific skating ability, he shone in a baptism-by-fire in the playoffs against Ottawa this past April and is now being considered among the favorites for this coming season’s Calder Memorial Trophy as its Rookie of the Year.

Matt Grzelcyk (23), Rob O’Gara (24), Jeremy Lauzon (20) and another former first rounder, Jakob Zboril (20) are all either close or will start the season honing their games with the P-Bruins.

“The way the game is now, you need young guys to be good and produce for your team,” said Marchand, not exactly a greybeard himself at 29 years old. “There’s a lot more talent here than we’ve had the last few years, and we expect to be a good team.”

“I’m curious,” added McAvoy, “to see how this will all going to shape up.”

Phil Stacey, who has covered the Boston Bruins for more than 20 years, is the Sports Editor of The Salem News. Contact him at pstacey@salemnews.com, and follow him on Twitter @PhilStacey_SN.