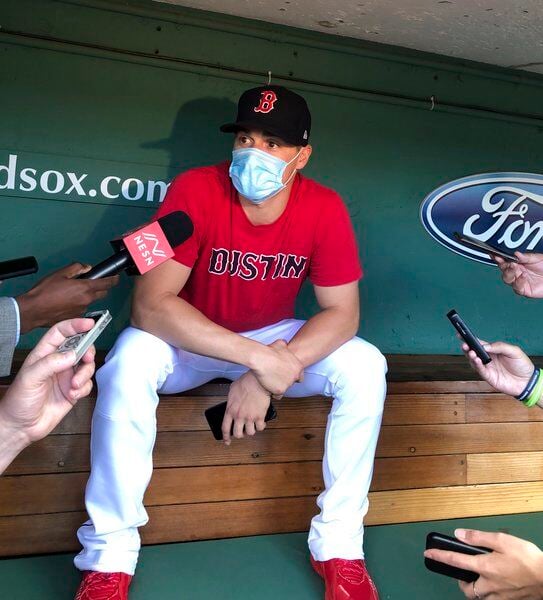 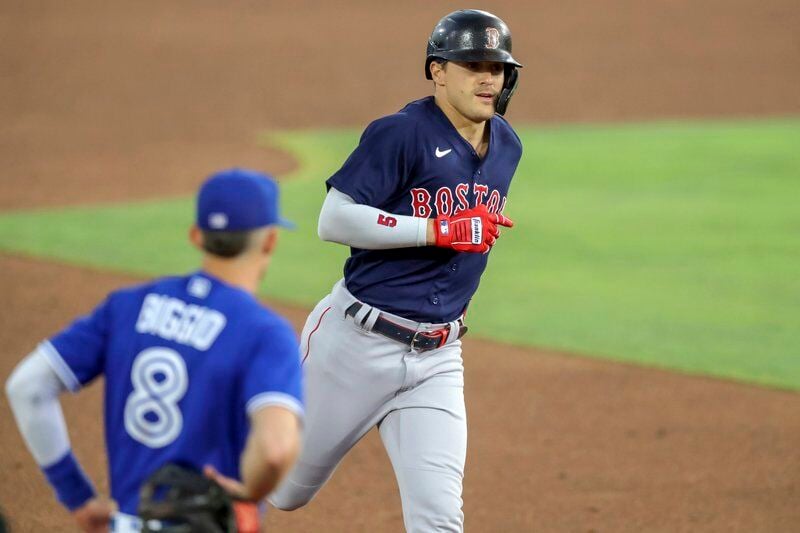 AP PhotoRed Sox leadoff hitter Kiké Hernández, shown here during a recent game against the Toronto Blue Jays, returned to the lineup on Tuesday after missing more than a week and a half due to COVID-19.

AP PhotoRed Sox leadoff hitter Kiké Hernández, shown here during a recent game against the Toronto Blue Jays, returned to the lineup on Tuesday after missing more than a week and a half due to COVID-19.

BOSTON — At first Kiké Hernández thought he might just be dehydrated.

Coming out of his team’s late-August series against the Minnesota Twins, the Red Sox second baseman was aching all over his body. The games had been long, he thought, and it had been humid too. Plus, he’d managed an on-base percentage of .448 over that week’s homestand, so maybe he just needed a good rest?

With that in mind, he boarded the team flight with his teammates to face the Cleveland Indians. But when he woke up he felt congested on top of the body aches, and it wasn’t long afterwards he became the first Red Sox player of the ongoing outbreak to test positive for COVID-19.

“I’m glad that I was vaccinated because this thing got me good for about a day and a half, and I’ve heard from some other people, not just in baseball but through this whole thing, have felt symptoms for way more than a day and a half,” Hernández said. “I guess I got lucky.”

Speaking to reporters in Fenway Park’s home dugout, the now healthy Hernández reflected on his 10-day ordeal, how he spent his time away from the club and the emotions he felt over one of the most difficult stretches of his career.

A week in isolation

When Hernández first tested positive, one of the first thoughts that went through his mind was what this might mean for his teammates. They had all just spent several hours together cooped up in a plane, who else might he have infected and what could this mean for their playoff chances?

“That was my main concern, how many guys?” Hernández said. “Hopefully I didn’t give it to anybody, but the biggest thing, my main concern was the timing of this. Late August, early September, especially the way we had been playing and where we are in the standings, we need every single game. It’s not great timing throughout the season at any point, but the later — at this point in the season it was probably the worst timing of all.”

Upon hearing the news Hernández spent several hours on the phone trying to track down his close contacts, but eventually allowed himself time to rest. He said he ended up sleeping the rest of the day and most of the following day before he finally started feeling better by the end of the weekend.

Once the initial shock had worn off and the symptoms started abating, Hernández had to figure out how he was going to deal with being quarantined in a Cleveland hotel room for 10 days.

The solution? A lot of screen time and long, long showers.

“I would get up, I would brush my teeth, I’d order breakfast and I’d order coffee,” he said of his daily routine. “I would take a long shower, sometimes I would take a bath. I’d watch a Netflix show here and there, I would take another shower and another bath to pass time and then I would play some games on my phone to entertain myself and waiting for 7 p.m. for the game to start.”

Without the benefit of NESN in his hotel room, Hernández said he had to order a cable so he could hook his iPad to the TV and watch the games. Once the game started he would FaceTime with other teammates out on the COVID-19 injured list and often pretended he was at the game himself.

“I would put my pants, my top, my hat and I would wear a mask just like if I was in the dugout,” Hernández said. “I would start FaceTiming guys trying to lighten up the mood and it was cool to see how engaged everyone was watching the games. They weren’t just shutting it down doing their own thing. Everybody was engaged and it was kind of cool.”

Whether warranted or not, Hernández said he feels badly about his role in the team’s outbreak.

Even without Hernández and many of the team’s top contributors, the Red Sox have managed to hold it together in their absence. Since Hernández tested positive the Red Sox went 6-5 entering Tuesday, including a four-game winning streak that helped push the club back towards the top of the AL Wild Card standings.

“I’m really proud of what they did while we were out,” said Hernández, who was activated prior to Tuesday’s game and batted leadoff while starting at centerfield. “I mean, we still have a lot of guys out, but the fact that they went out there and won the series in Cleveland, split in Tampa and then won against the Indians here, that showed a lot of grit, a lot of battle, and I’m proud of those guys.”

Going forward Hernández said he’s hopeful he can recapture the form he had prior to his illness, but for now his main goal is to slow the game down and do whatever little things he can to help the team win.

And bigger picture, the experience of having baseball taken away from him for 10 days put a lot into perspective.

“Every day you’re in the big leagues you need to enjoy this thing because this career goes by so quickly,” Hernández said. “I always talk about how much I embrace being in the big leagues and I’m trying to have as much fun as I can on a daily basis, but those are the days and times that really bring it back to you where it’s like you need to embrace this on a daily basis.

“It’s a long season and a long grind, things hurt, you go through good runs and bad runs, but you’re still living the dream,” he added. “You’re still playing in the big leagues. It was a reminder that I need to truly enjoy this every single day.”