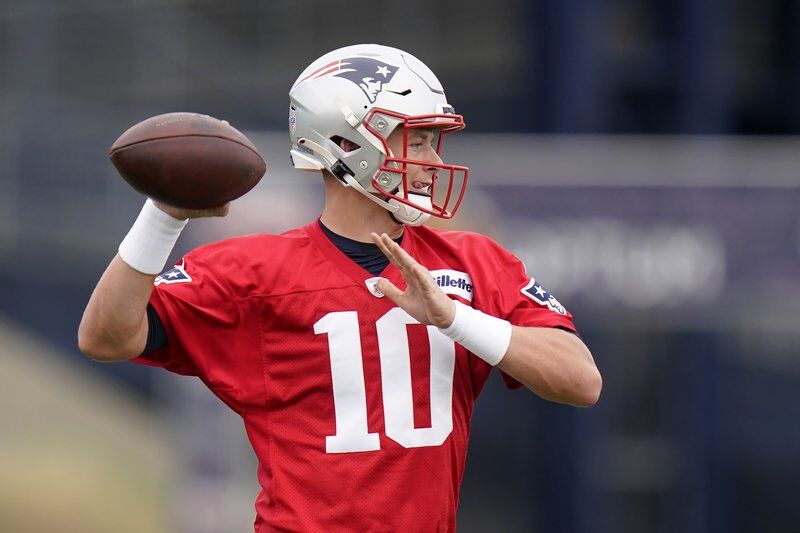 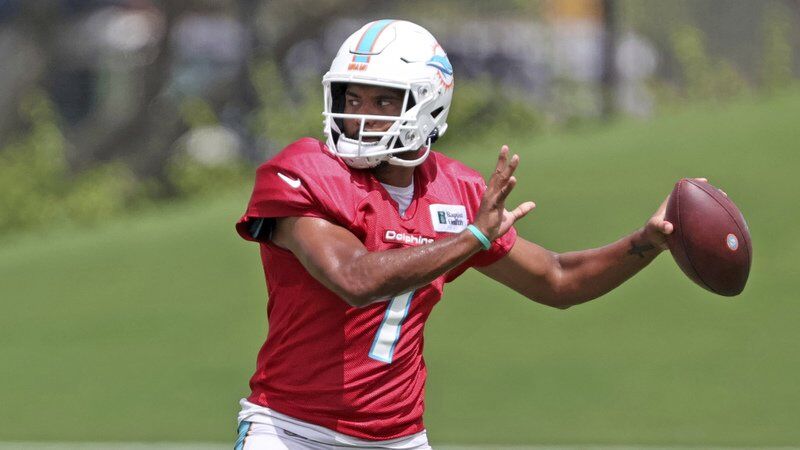 When is a season opener, in which neither team is favored at winning a Super Bowl or even a division title, extra, extra important?

How about this coming Sunday.

The New England Patriots versus the Miami Dolphins has a lot at stake beyond the get-off-to-a-good-start or beat-a-division-rival, etc., etc.

This could make or break either team, or, more specifically, either young quarterback.

This will be the Alabama Bowl with the last two starting quarterbacks for the college football dynasty.

Both had slightly differing, yet successful runs at the top job.

Jones basically handed off the ball when he replaced the injured Tua in 2019, going 2-1 with wins over West Carolina and Michigan (Citrus Bowl) and a tough, 48-45 loss to Auburn.

As professionals coming out of Alabama, Tua was the more-respected. The Dolphins chose him fifth overall in 2020, one pick ahead of Justin Herbert.

Not great. As Herbert, chosen sixth overall by the L.A. Chargers, won AFC Rookie of the Year with “superstar” written all over him while Tua started the year on the bench, before taking over the job, going back to the bench, and then returning as the starter.

As for Jones, he entered his last year at Alabama as a seventh-round pick according to prognosticators before having one of the greatest collegiate seasons ever.

But he ended up being the fifth quarterback taken at No. 15 by the Patriots.

Las Vegas prognosticators, thanks to some nice work during meaningless August games, were so impressed with Jones’ work that he is the betting favorite to be NFL Rookie of the Year.

The two QBs always have been different.

Tua is more of a Steve Young, roll-out quarterback who could run when needed. He seems to fit the new-wave QBs, as in mobile and creative.

While there is debate, now, as to which QB is better or has a better shelf life as a franchise QB in the NFL, two wide receivers, who caught passes from both, expressed their opinions before Jones was even drafted.

First-round picks DeVonta Smith (8th to Eagles) and Jaylen Waddle (6th to Dolphins) made their choice to the national media.

“I like Mac Jones,” Waddle told NFL Network’s Andrew Siciliano. “Both are great quarterbacks. I love Mac. He was a guy I came in with from Day 1. We were on the third team together and worked our way up.”

But that was then and this is now.

Remember, the Dolphins finished a not-too-shabby 10-6 last season, with Tua going 6-3 in his nine starts.

We’re assuming the best-of-Mac-Jones is a few months away. The Patriots seem to be built on owning the line of scrimmage on both sides, with a potentially explosive defense and running game.

Jones probably won’t be asked to “win” games just yet, unless the Patriots are trailing late in the fourth quarter.

Tua can pick up some big support, particularly from his own team, with a convincing performance in Foxborough on Sunday.

The funny thing is that the Alabama Bowl won’t be just Tua vs. Mac. The Dolphins have two other ex-‘Bama stars in Waddle and defensive tackle Raekwon Davis while the Patriots boast three others, including running back Damien Harris, veteran linebacker Dont’a Hightower and rookie defensive tackle Christian Barmore.

But when everything is said and done, around 7:30 p.m. on Sunday, the Alabama guys we will be talking about will be the guys behind center.

Let the game within a game begin.