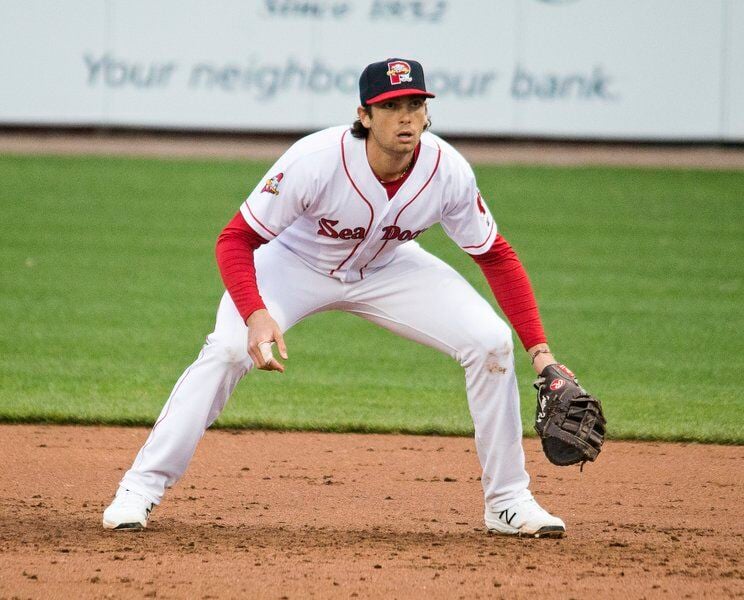 Courtesy of the Portland Sea DogsFormer Red Sox first round pick Triston Casas has had a memorable 2021 season, in which he's excelled at Double-A Portland while also leading the U.S. Olympic baseball team to a silver medal in Tokyo. 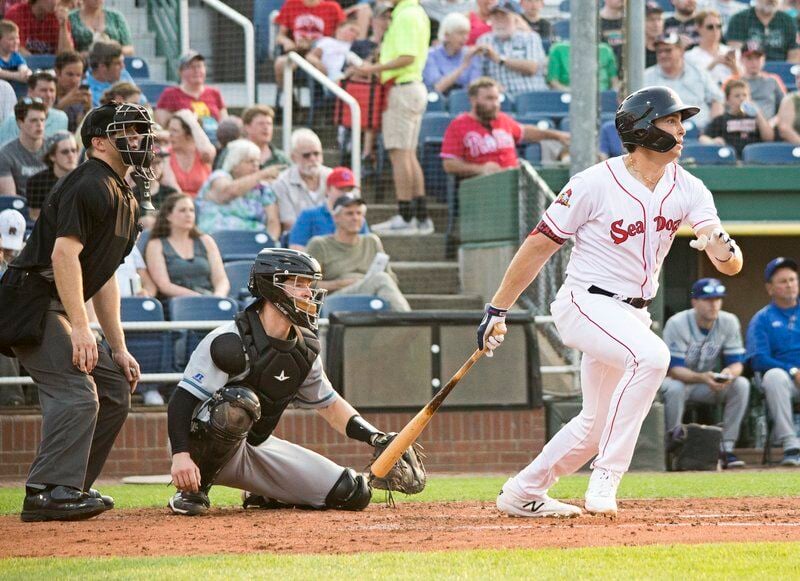 Courtesy of the Portland Sea DogsTop Red Sox prospect Triston Casas is enjoying a terrific season with Double-A Portland and remains on track to become a future big league star in the next year or two.

Courtesy of the Portland Sea DogsFormer Red Sox first round pick Triston Casas has had a memorable 2021 season, in which he's excelled at Double-A Portland while also leading the U.S. Olympic baseball team to a silver medal in Tokyo.

Courtesy of the Portland Sea DogsTop Red Sox prospect Triston Casas is enjoying a terrific season with Double-A Portland and remains on track to become a future big league star in the next year or two.

MANCHESTER, N.H. — Triston Casas was delighted when he heard the news. Wednesday night that fellow Red Sox prospect and Olympic teammate Jack Lopez was called up to the big leagues after nine years in the minors, and as luck would have it Casas’ game that night had just been rained out, giving him the chance to watch his friend’s dream come true.

“I got to watch him and I got to watch his at bats, and I texted him before the game telling him how proud of him I was of him,” said Casas, whose Portland Sea Dogs were in town to play the New Hampshire Fisher Cats this week. “I’m really happy for him and his family because I know how far he’s come and how hard he’s worked to get where he’s at.”

While Casas is still only 21, he understands better than most the dedication it takes to chase a big league dream. Now, as the most memorable year of his baseball life nears its conclusion, it’s probably only a matter of time before his own dream becomes reality.

Casas, the No. 1 prospect in the Red Sox organization and the most acclaimed first baseman to come through Boston’s farm system in more than a decade, is nearing the end of a wild 2021 season.

After not getting to play in 2020 due to the pandemic, Casas earned a call-up to Double-A Portland out of spring training and later the opportunity to represent his country as a member of the U.S. Olympic baseball team.

“It’s definitely been a crazy year,” Casas said before Thursday’s game. “I didn’t expect going into spring training that I was, one, going to have as eventful as a summer as I had. Two, it’s just been filled with so many ups and downs, so many emotions, but coming down the stretch of it I’ve accomplished what I wanted to this year, which was to play this whole season healthy, try to stay on the field for every single game and I think I’ve just about batted every opportunity I’ve been able to.”

He made an immediate impact upon joining the franchise, earning the organization’s 2019 Minor League Offensive Player of the Year award after hitting 20 home runs with an .830 OPS, primarily with Single-A Greenville. But what stood out to coaches and teammates, as much as his physical prowess, was his unusually mature approach to the game.

“The first time I played with Triston was 2019 in Greenville, we were in Low-A together, and it took me about a week or two to realize right then and there that he was going to be different and special,” said pitcher Rio Gomez, who now plays with Casas in Portland.

Gomez said throughout his professional career Casas has been the type of guy who was first to the ballpark and last to leave, and he learned early on how important it is to take care of his body so he could maintain his performance over 100-plus games. Sea Dogs coach Corey Wimberly echoed that sentiment, saying Casas’ work ethic is what really separates him from the pack, and U.S. Olympic manager Mike Scioscia, who led the Angels to the 2002 World Series championship, recently predicted Casas will enjoy a long career in the majors.

That’s probably a safe bet given Casas’ uncompromising commitment to achieving his goals, and if you need an example look no further than his recent Olympic experience.

Casas had an epic Olympics run, posting a .960 OPS with three home runs, a double and eight RBI to lead his team to a silver medal. But Casas wanted to win gold, and even after a month of reflection he remains resolutely unsentimental about the experience.

Casas is known for his power, which was on full display during Friday’s doubleheader when he hit three home runs over the two games, including one clocked at 111 mph off the bat that traveled 472 feet. Overall, he’s now hit 10 home runs with 44 RBI in 68 games at Double-A entering Saturday, and his OPS is up to .835.

But Casas isn’t just a pure masher. He also has an excellent eye for the strike zone.

One of Casas’ main goals coming out of 2019 was reducing his strikeout rate and improving the quality of his at-bats. In his first professional season, he struck out 23.6% of his plate appearances and walked 11.6% while posting a .350 on-base percentage.

This year his strikeout rate is down to 19.1%, his walk rate up to 13.2% and his OBP is .380 for the season, and lately his numbers have been even better. Since returning from Tokyo in early August he’s posted an OBP of .422 while drawing 15 walks against 15 strikeouts.

“You can definitely see the progression take place this year,” Gomez said. “A lot of us in the bullpen have talked about it and realized ‘wow, he does not swing unless it’s a strike.’ “

In many respects Casas’ game resembles that of his favorite player, Cincinnati Reds star Joey Votto. Like Casas, Votto is also a power-hitting first baseman with a great eye at the plate. Over his 15-year career, Votto has led the National League in walks five times and OBP seven times while posting more than 300 career home runs, 400 doubles, 1,000 RBI and 2,000 hits.

“I love the way he plays the game, I love his approach to hitting and I love listening to him talk about the game, about how honest he is,” Casas said. “He has a very unique personality out there on the field and hopefully one day I can, one, put together a career as accomplished as his, and two, be as admired throughout the baseball community as he is.”

If Casas develops into anywhere near the player Votto was, the Red Sox will be in great hands for years to come.

Now ranked as MLB’s No. 19 prospect by Baseball America, Casas is considered a future franchise cornerstone who could spend a decade hitting cleanup in the Red Sox order. While he’s unlikely to earn a call-up this season, he will almost certainly play in Triple-A next spring and could make his debut by the middle of 2022.

“It’s something I think about every single day when I wake up,” Casas said. “I want to accomplish a lot of things for the city of Boston and I want to play in Fenway for a long, long time. The sooner I can get up there the better, but right now I’m just trying to be where my feet are and trying to take advantage of every day that I can.”