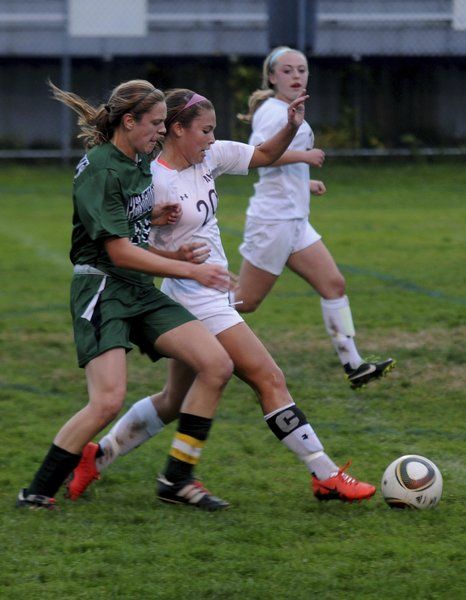 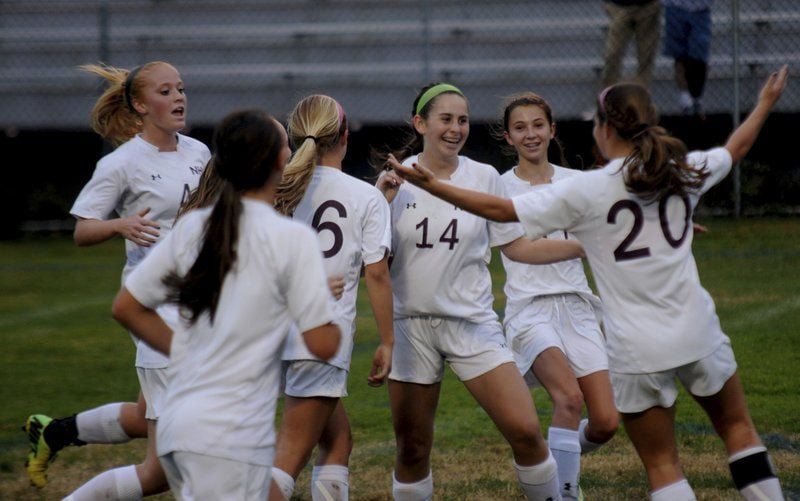 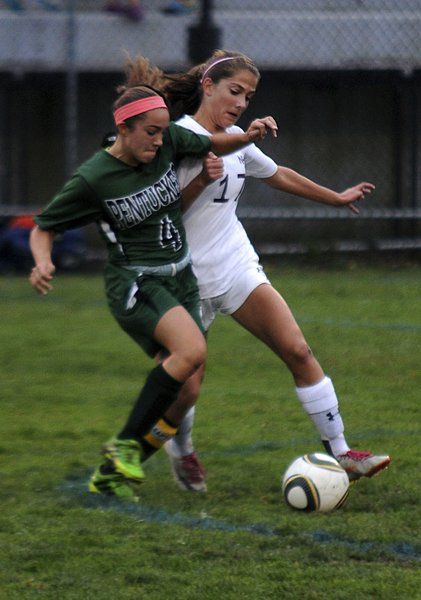 NEWBURYPORT — It’s been a long time coming, but the ALS Cup is finally coming back to Newburyport.

The Newburyport boys soccer team (1-10-3) played its best game in years on Saturday night, holding Pentucket (7-3-3) to a scoreless tie before winning the penalty shootout 3-2 to win the ALS Cup for the first time since 2005.

Since the last time Newburyport won the ALS Cup eight years ago, the Clippers have lost in seemingly every way imaginable. Newburyport coach Shawn Bleau said there have been last-minute goals, own goals, penalty kick losses and everything in between, and going into the game there was a real sense around the program that they had to win to get the monkey off their backs.

“It was almost like a reverse the curse type of thing,” Bleau said. “We finally came down on the winning side of it.”

Early on it seemed as if it would be the same old story, as Pentucket had numerous opportunities while Newburyport was unable to get a shot on goal. Despite their chances, the Sachems were unable to put the ball in the net, and then coming out of halftime, things started to change.

Newburyport had several golden opportunities to score in the second half, as senior captain Tom Graham repeatedly attacked the Sachems goal, and Pentucket coach Christian Langlois said his team was extremely fortunate not to allow a goal.

Meanwhile, all of Pentucket’s chances started to evaporate as the Newburyport defense stepped up and blocked everything that came at the net, a major change from the two teams’ last meeting, when Pentucket won 5-1 by capitalizing on numerous defensive miscues by the Clippers.

“It seemed like on all of our chances in the second half they got a defender in front of us,” Langlois said. “I thought we played well, but I thought they defended well, so I thought both teams deserved a point out of it, and I thought either team could have won it.”

After 80 minutes of scoreless soccer the game officially ended in a tie, but to determine who’d get to take the cup home for the year, the two programs had an agreement that things be settled in a penalty kick shootout. Brandon O’Neal and Connor Beaton scored for Pentucket, but the Sachems missed their second shot and Newburyport keeper Andrew Allman saved the third to give the Clippers a commanding lead.

Matt Cote, Brendan Byron and Jake Valcich each scored for the Clippers, and despite missing once, Newburyport had a chance to end it on Pentucket’s fifth shot. And that’s exactly what Allman did, making his second save to end the game and clinch the cup for Newburyport as his teammates ran out to mob him and carry him off the field.

It was a scene that Bleau said the team had envisioned prior to the game.

“We focused on picturing ourselves winning the cup, rather than thinking we’re going to lose,” Bleau said. “We also believed in each other. Defensively, we played outstanding, we dropped an extra guy back to stop their through balls, and we held Brendan Byron back as well. So we defended first and attacked second.”

After the game, Langlois said it was an exciting game and credited Newburyport for putting forth a great effort.

“It was tough to see it come to an end,” Langlois said of the streak. “I don’t think any of our guys were expecting it, but I thought Newburyport looked like a totally different team, and they really earned it.”

Newburyport got off to a fast start, as freshman Margaret Cote scored in the 9th minute on a play started by junior captain Bella Palma and sophomore Amelia Kroschwitz. Freshman Julia Groth scored in the 17th minute off an assist from junior captain Delaney Bartol, and then freshman Grace Potvin scored what co-head coach Kevin Sheridan said could be the goal of the year in the 20th minute.

Potvin scored off a corner kick taken by Bartol, sending it on a brilliant left-footed volley to give the Clippers a 3-0 lead going into halftime. The Clippers scored again right out of the gate when junior Erin Filetti scored in the 43rd minute off an assist from senior captain Abbie Bresnahan, who then assisted freshman Colleen Byron on the final goal of the game in the last minute of play.

Sheridan said he was happy with the team’s play and he’s hopeful that the game will serve as a turning point for the Clippers following a rough stretch of games. He added that the team switched up their lineup to compensate for the loss of freshman standout Sami Kelleher, who will miss the rest of the season with an injury, and said the girls responded well.