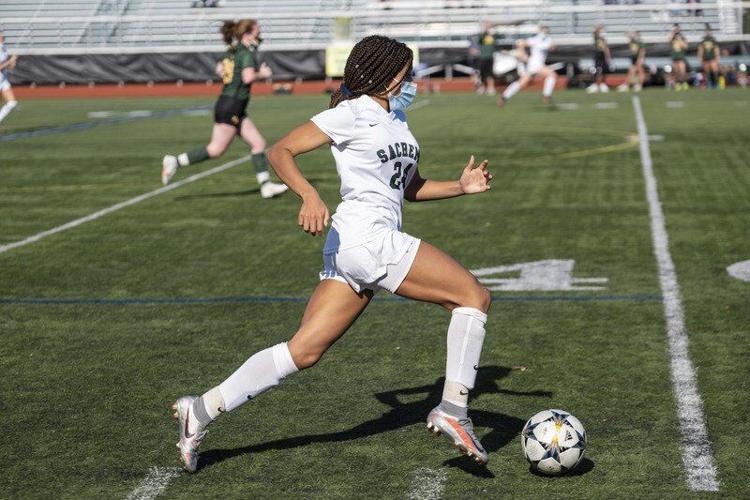 Pentucket’s Sabrina Campbell is a top athlete and one of the elite scorers in the CAL. 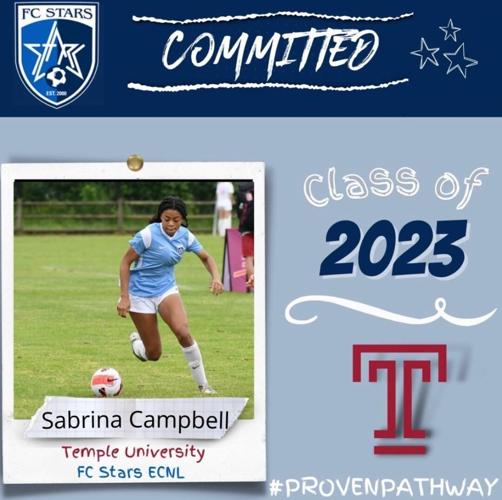 Pentucket’s Sabrina Campbell is the latest Division 1 athlete to come out of the Daily News area. The top soccer player has committed to Temple University. 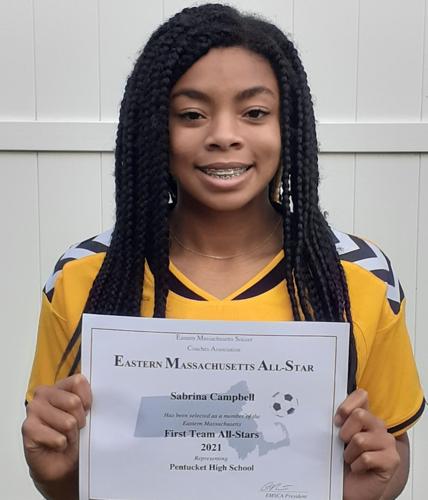 Pentucket’s Sabrina Campbell is a top athlete and one of the elite scorers in the CAL.

Pentucket’s Sabrina Campbell is the latest Division 1 athlete to come out of the Daily News area. The top soccer player has committed to Temple University.

Sometimes, everything just seems to work out the right way.

That was definitely the case recently with Pentucket soccer star Sabrina Campbell. As soon as the high-scoring, electric forward stepped foot on the Temple University campus not too long ago, she immediately knew that was where she wanted to be. and luckily for her, the offer to join the Owls and a Division 1 collegiate program came through shortly after.

Needless to say, Campbell didn’t wait too long to accept.

“It was definitely a right-away decision in Philly,” said Campbell, who’ll be entering her senior season at Pentucket this upcoming fall. “It was really exciting to finally commit and have the whole process off my chest. After the fall season, a lot of my teammates were commiting and it was getting a little overwhelming to keep up with all that was going on. Once I committed though, I felt like there was a big relief off my shoulders.

A Groveland native, Campbell has been one of the elite players in the CAL for the past two years. She helped lead Pentucket to a share of a CAL Kinney title in 2020, and last fall she was named a Daily News All-Star as well an All-CAL and All-EMass First Team selection after scoring a team-high 14 goals with 6 assists. She has already been named a captain-elect for the upcoming season. and speaking to her athletisicm, Campbell was also a Daily News All-Star in Outdoor Track her sophomore year when she was the CAL Open champion in the 200-meter (26.7).

But, like many others, Campbell has made significant growth in her soccer game during the summer months.

She joined the FC Stars ECNL National club team last year, and has starred on that circuit as well. Because of her significant improvements and elite speed, the right-winger had also earned offers from other Division 1 universities like Merrimack and Providence. But ultimately, Campbell knew that Temple was the place for her.

“The coaches (at Temple) said they liked how fierce I am on the field and how I don’t give up,” said Campbell. “I also feel like my touches have gotten more clean since I’ve joined the FC Stars and that my vision on the field has improved. They liked that as well and wanted me to continue to work on improving that aspect of my game.”

Campbell has long been a threat to score at any second, and has been someone opposing teams need to mark at all times.

Now, this upcoming fall, she’ll be doing the same thing with one less stress on her shoulders.