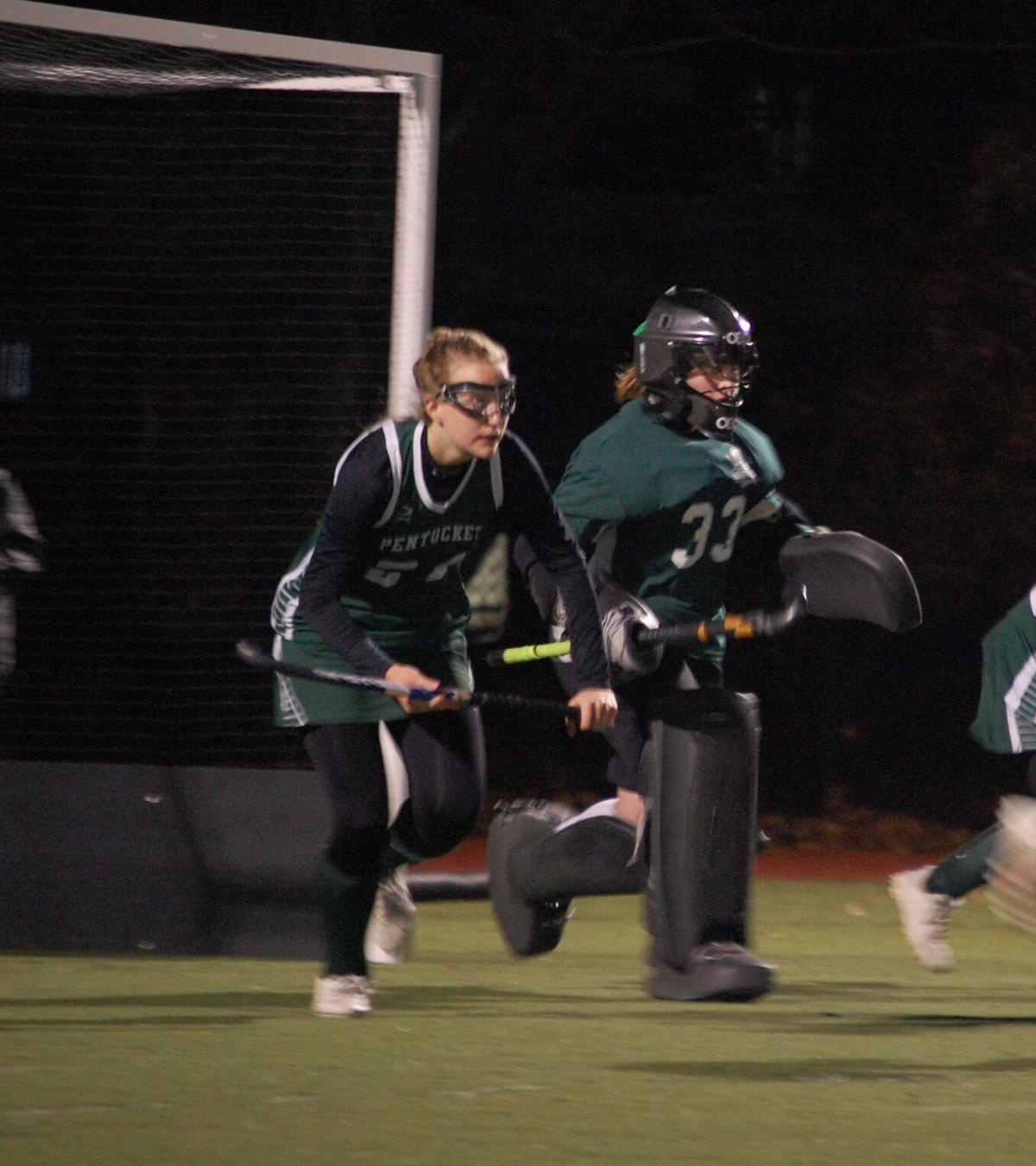 Pentucket’s Meg Freiermuth (24) and Charlene Basque (33) rush out to try and defend a Watertown corner attempt. 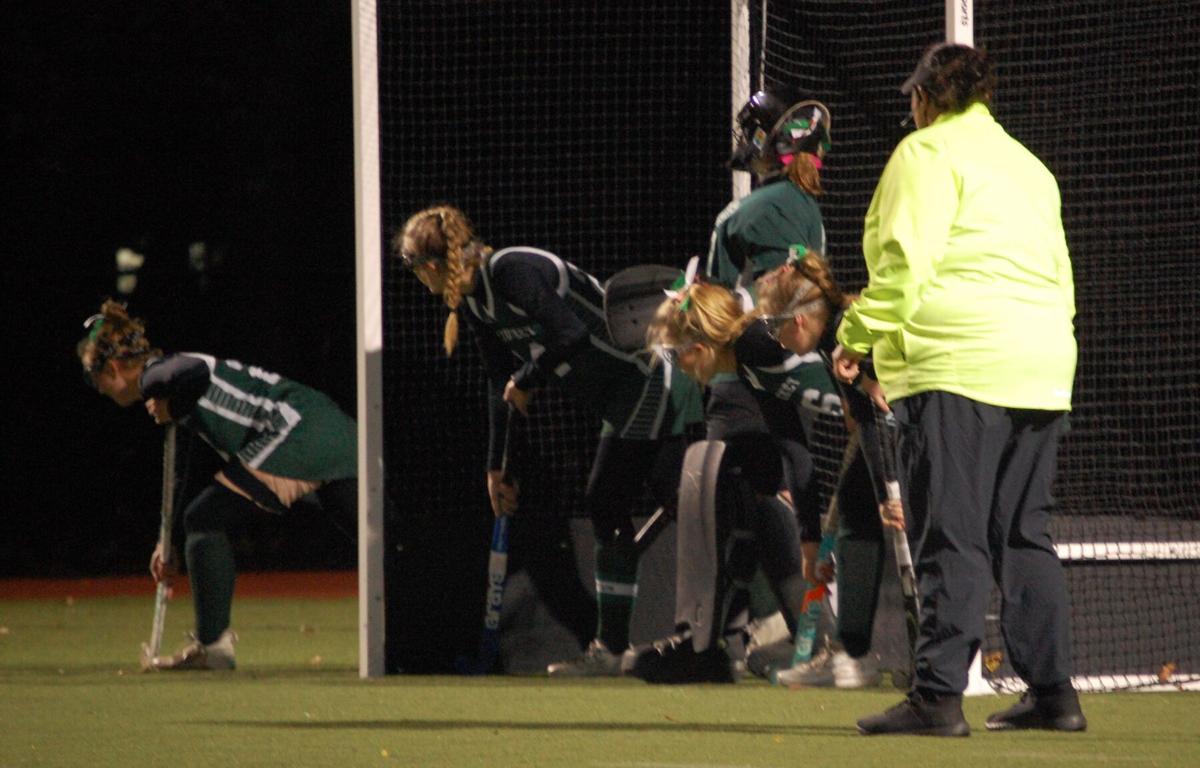 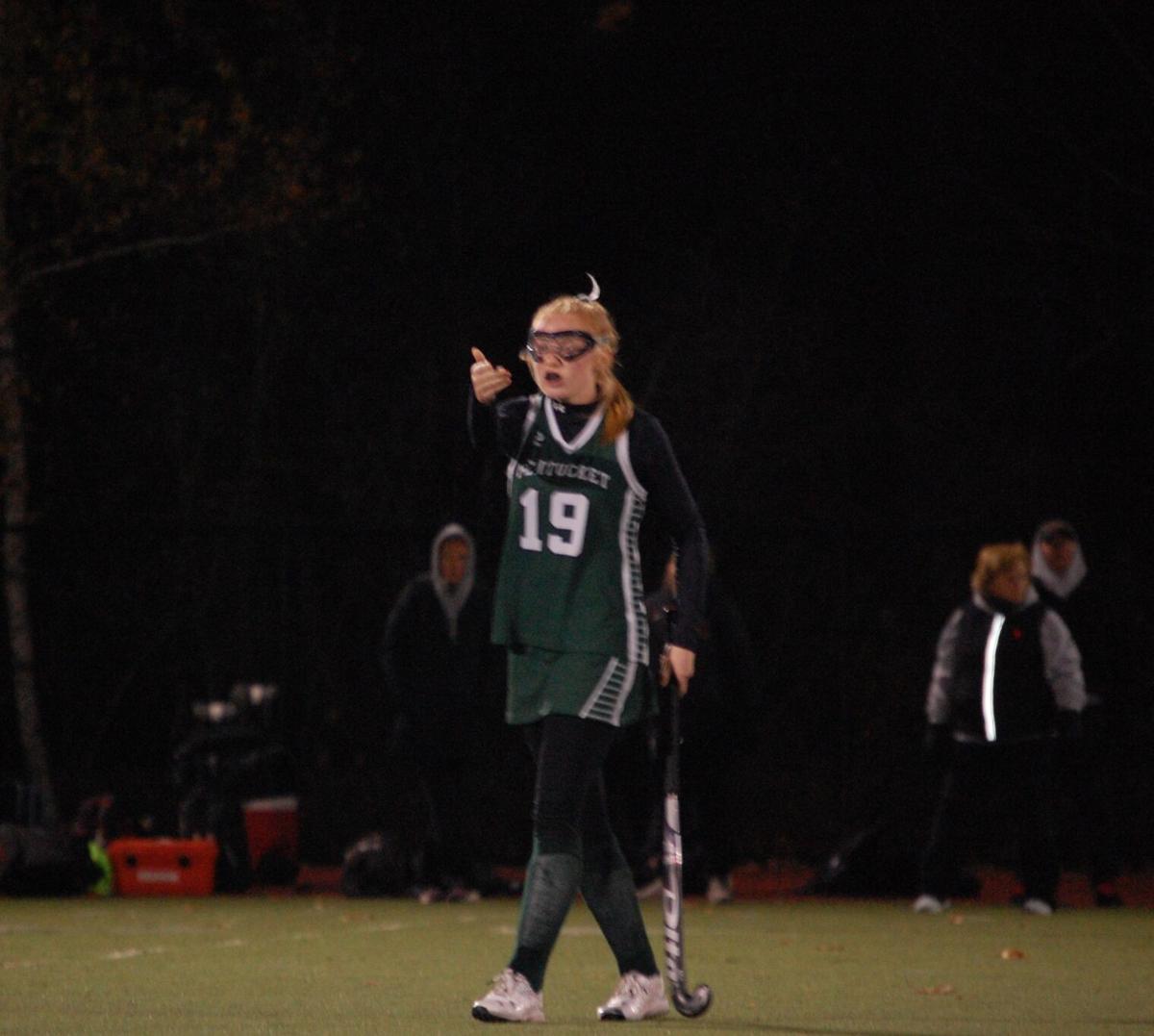 Pentucket’s Reese Gallant makes sure her team is in the right spot prior to the start of the second half. 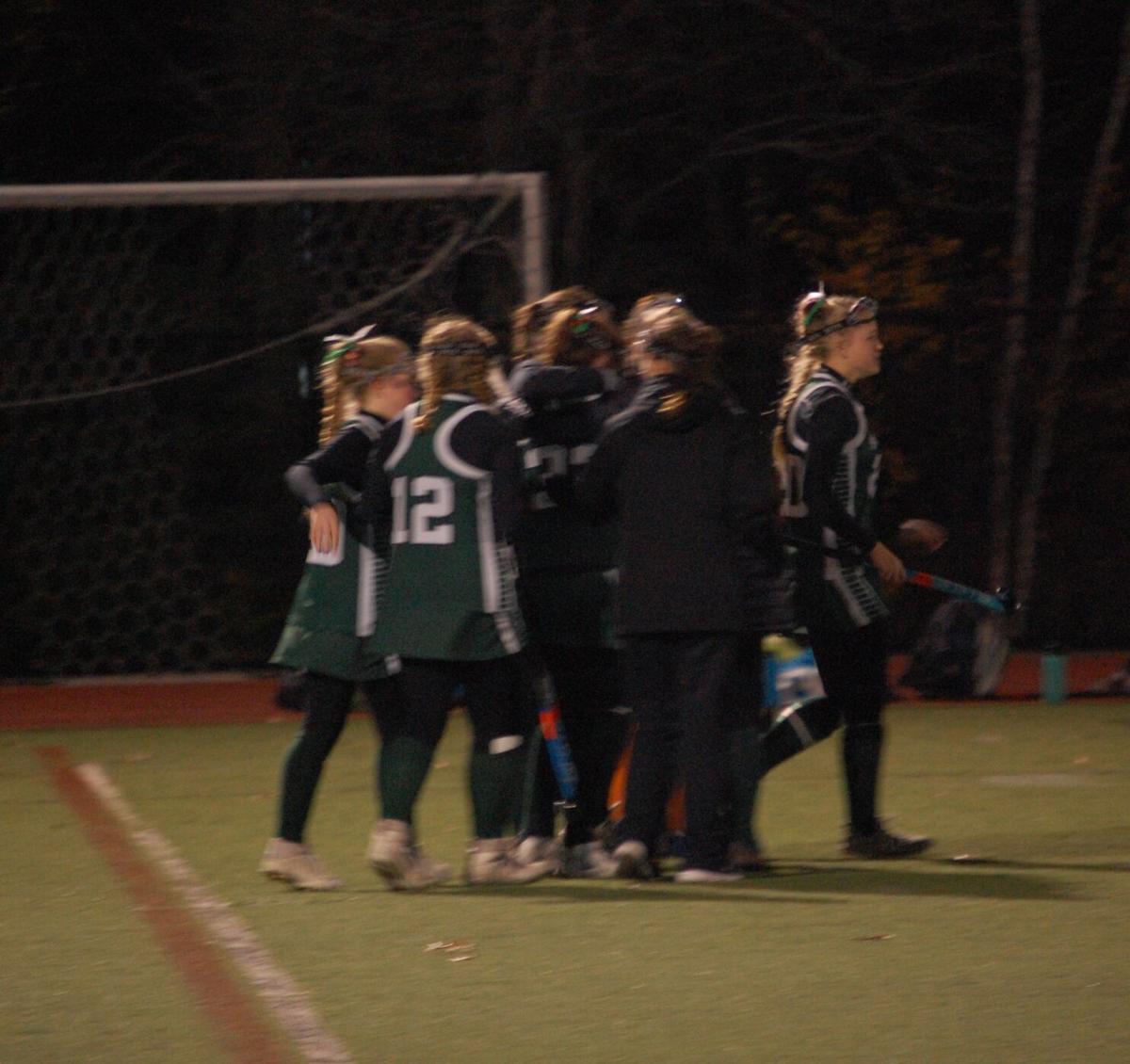 KYLE GAUDETTE/Staff Photo The Pentucket field hockey team gets together following Wednesday’s loss to Watertown in the Division 3 state semifinal.

Pentucket’s Meg Freiermuth (24) and Charlene Basque (33) rush out to try and defend a Watertown corner attempt.

Pentucket’s Reese Gallant makes sure her team is in the right spot prior to the start of the second half.

KYLE GAUDETTE/Staff Photo The Pentucket field hockey team gets together following Wednesday’s loss to Watertown in the Division 3 state semifinal.

READING — In the moment, and probably for a short time after, the result is going to sting for the Pentucket field hockey team.

A loss, no matter when it happens in a state tournament, hurts.

“Obviously, when you get to this point in the season, the only person who walks away happy is the person who wins it all,” said proud Pentucket coach Ruth Beaton after the game. “But I just told them to try and take a step back and think about how far we’ve come this season, what we accomplished, as individuals and as a team.

“They have to take great pride in being the finest team in school history.”

Second-seeded Watertown came into the game needing no introduction.

The Warriors (21-0-0) won their first three playoff games by a combined score of 18-0, and have been driven all season to get back to the top of the Division 2 mountain. The program, of course, famously won nine straight Division 2 state titles from 2009-17, but hasn’t reached a title game since.

Typical for most programs, but not Watertown.

“They’ve been beating teams 5-6-7-0 and we held them to 1-0,” said Beaton. “We knew we had to slow down the Driscoll sisters (Maggie and Molly), No. 18 and No. 12. But (Watertown) dictated the entire game today, and we were playing reactionary field hockey. We never had a chance to get our attack going.”

Watertown was applying pressure right from the start, and scored what ended up being the game-winning goal just a few minutes in when Adrianna Williams took a pass off a nice run from Maggie Driscoll — a Boston University commit — and buried it in the back of the cage. Pentucket (19-2-1) goalie Charlene Basque stopped a rocket shortly after to kept it a one-goal game, and her team had its best chance to score midway through the second when Lana Mickelson got a fairly clean shot that was turned away.

But from that point on, the Warriors didn’t let up.

With a 1-0 lead coming out of the halftime break, the majority of the second half was played in Pentucket’s end. The Warriors drew corner after corner, but each time Basque (13 saves) and the gritty Pentucket line of Gabby Cloutier, Lauren Arnold, Meg Freiermuth and Katherine Flaherty kept denying a goal. Flaherty, a freshman, in particular showed how much fight the entire team had all season when she took an absolute rocket off her leg, shook it off after limping for a few steps and continued playing.

But the Green and White could never get any offense going, and as the final horn went off the Watertown celebration on the field was quite mild.

The Warriors know they have one more left — against top-seeded Sandwich at a time and date not yet announced.

But it was the end of the road for this historic Pentucket team, which won the program’s first ever Cape Ann League title and advanced farther than any team in program history.

“And to the seniors, they carried us on our back all season,” said Beaton. “From our captains, Meg, Charlene, Gabby and Bailey (Stock), to Sydney (Matthews) and Lana, they were just tremendous for us, and they gave the underclassmen a lot to look up to.

“And they created a legacy here that the younger girls are going to continue.”