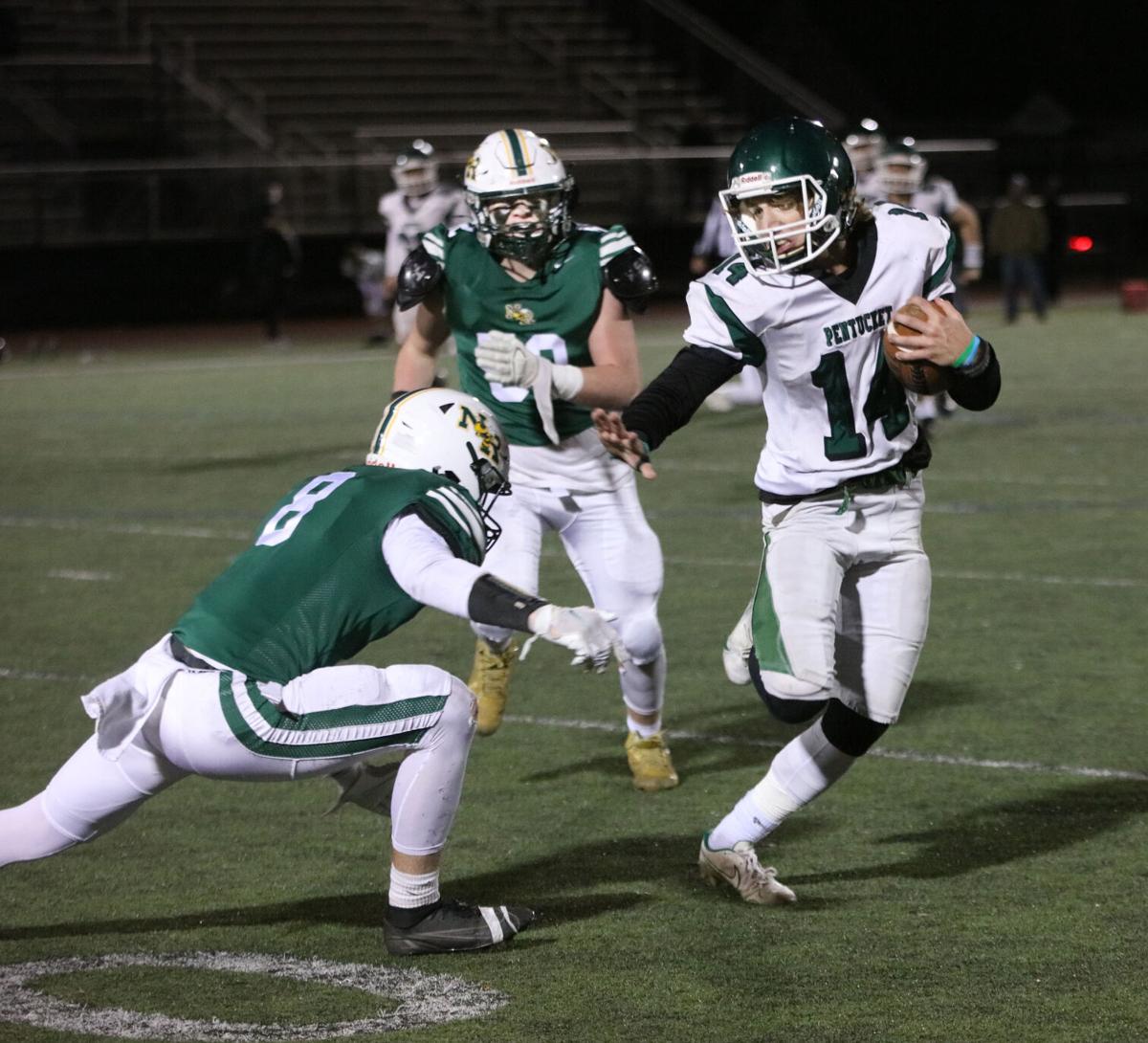 Che Condon and Pentucket football were one of the local teams to make it the farthest in their respective tournament this fall. 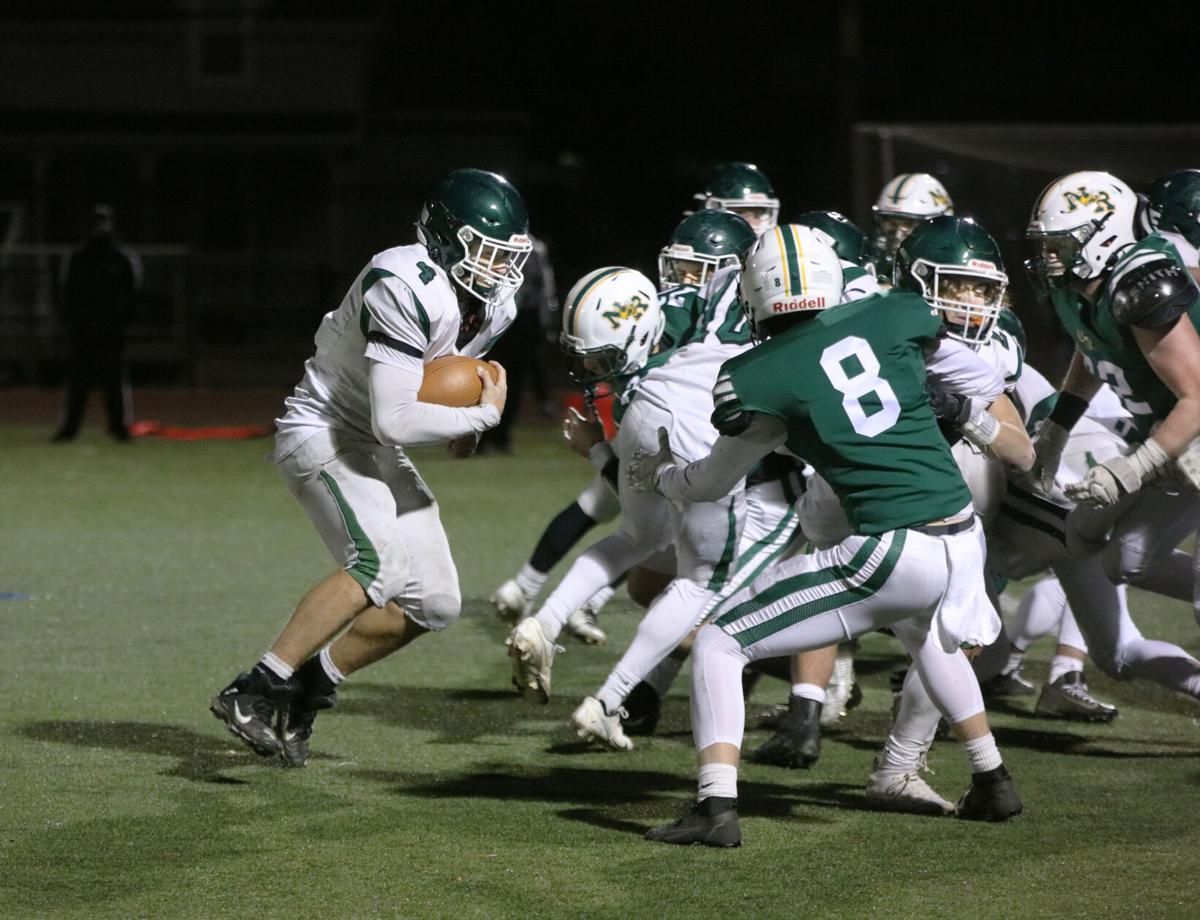 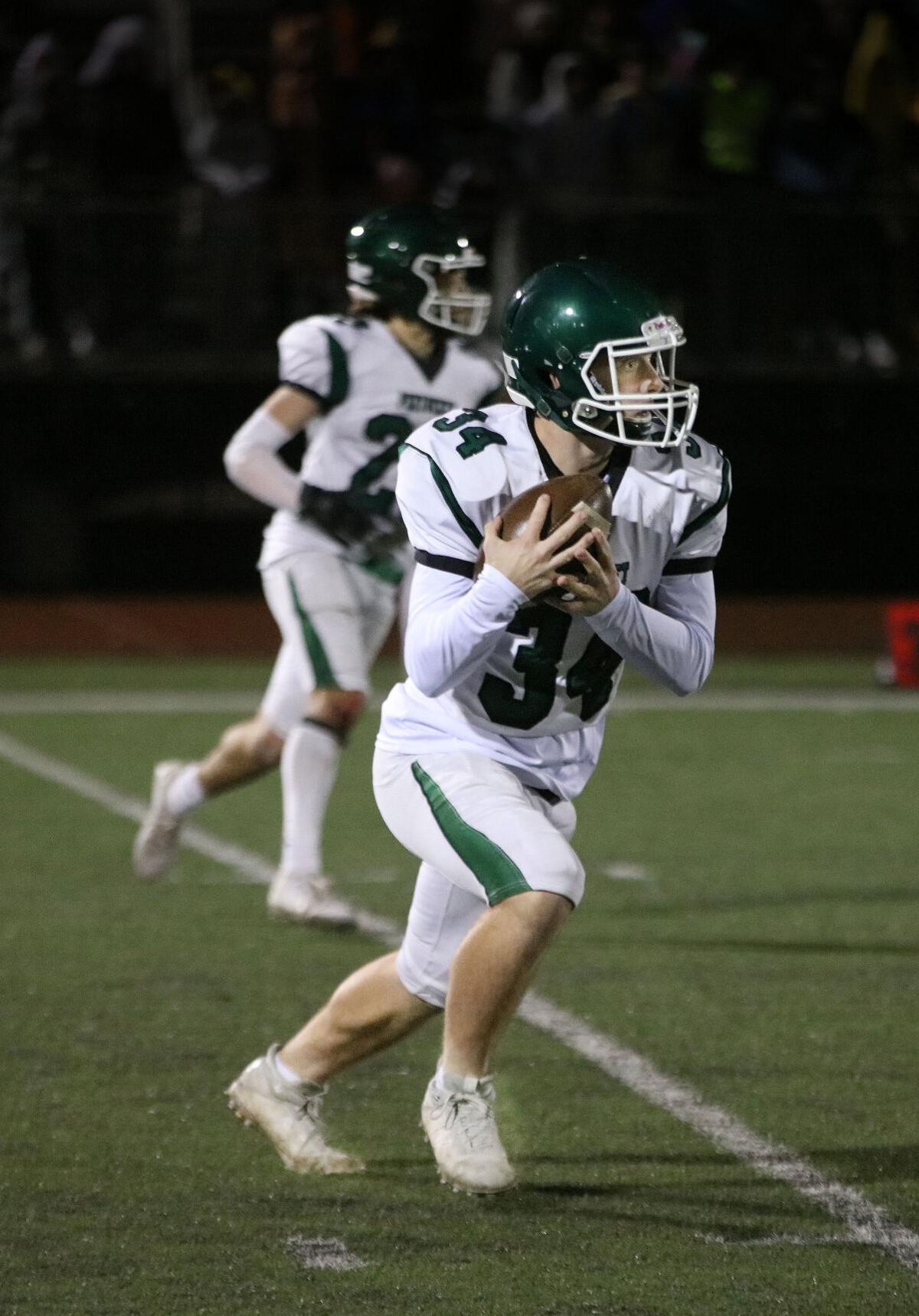 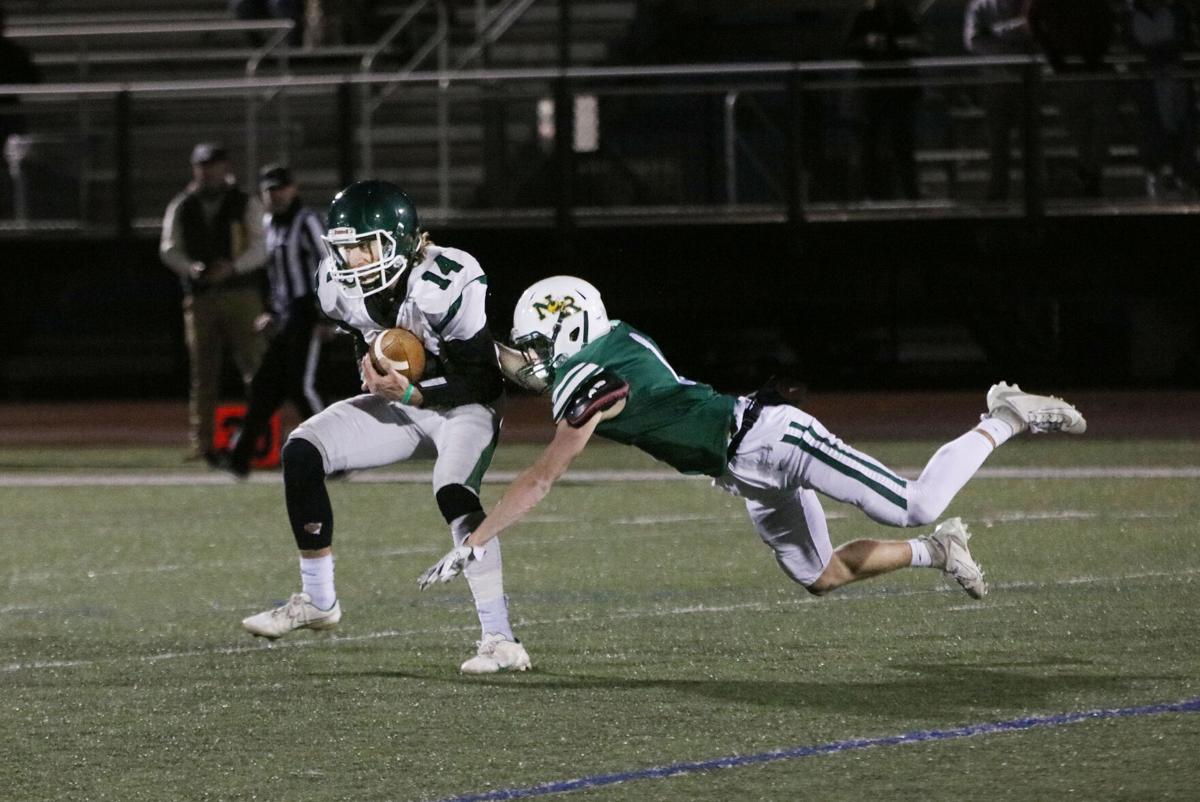 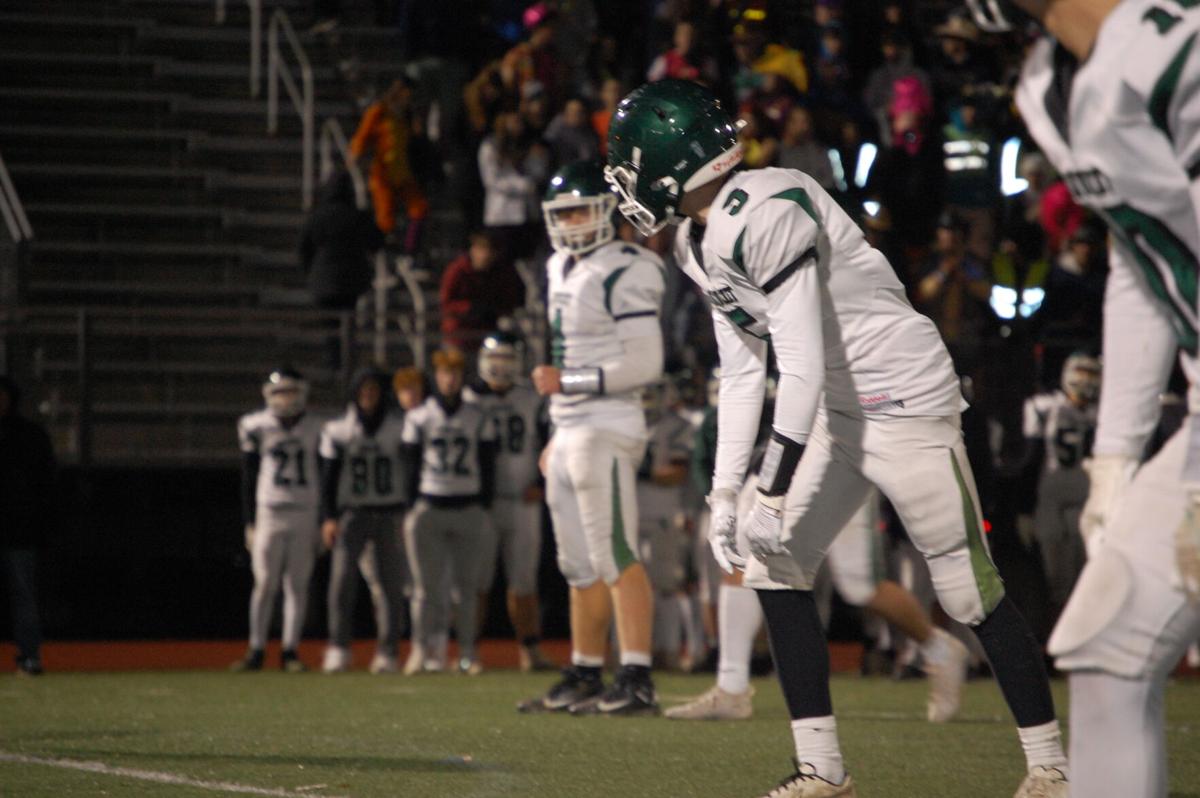 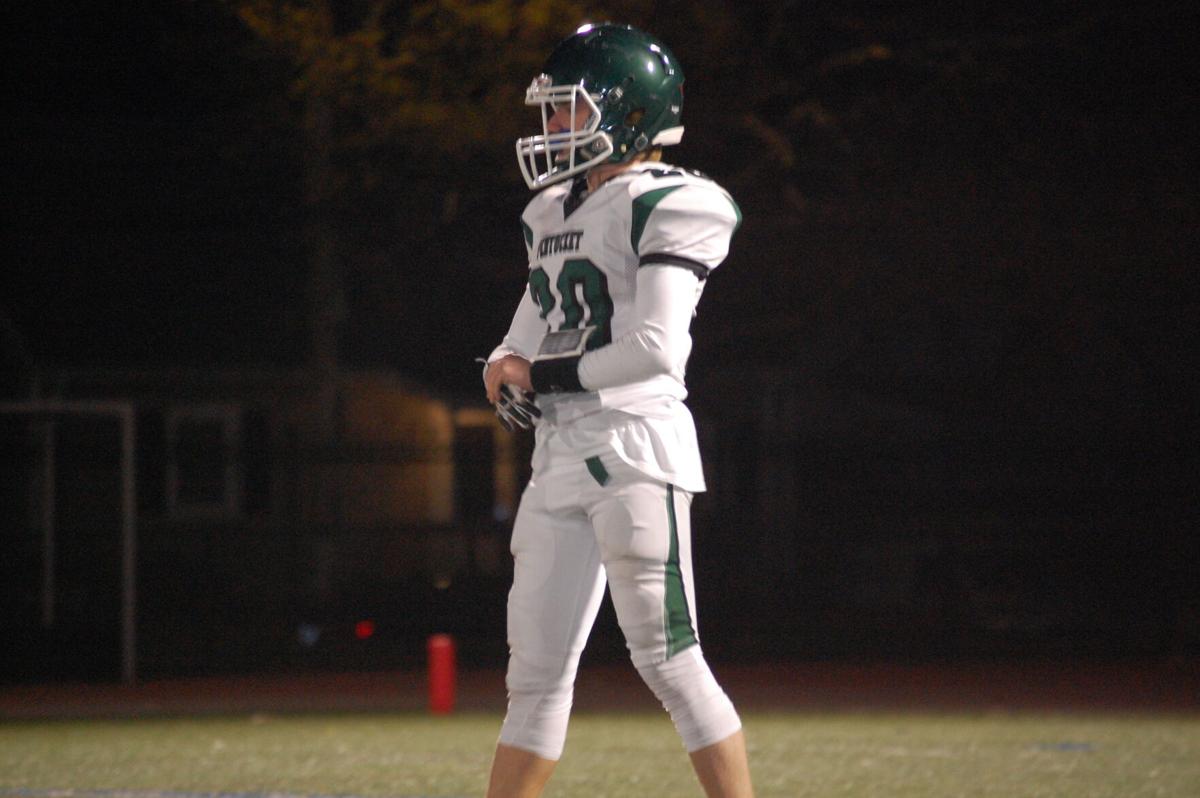 KYLE GAUDETTE/Staff Photo Pentucket’s Johnny Igoe lines up in the backfield prior to a play in Friday’s Division 5 semifinal game. 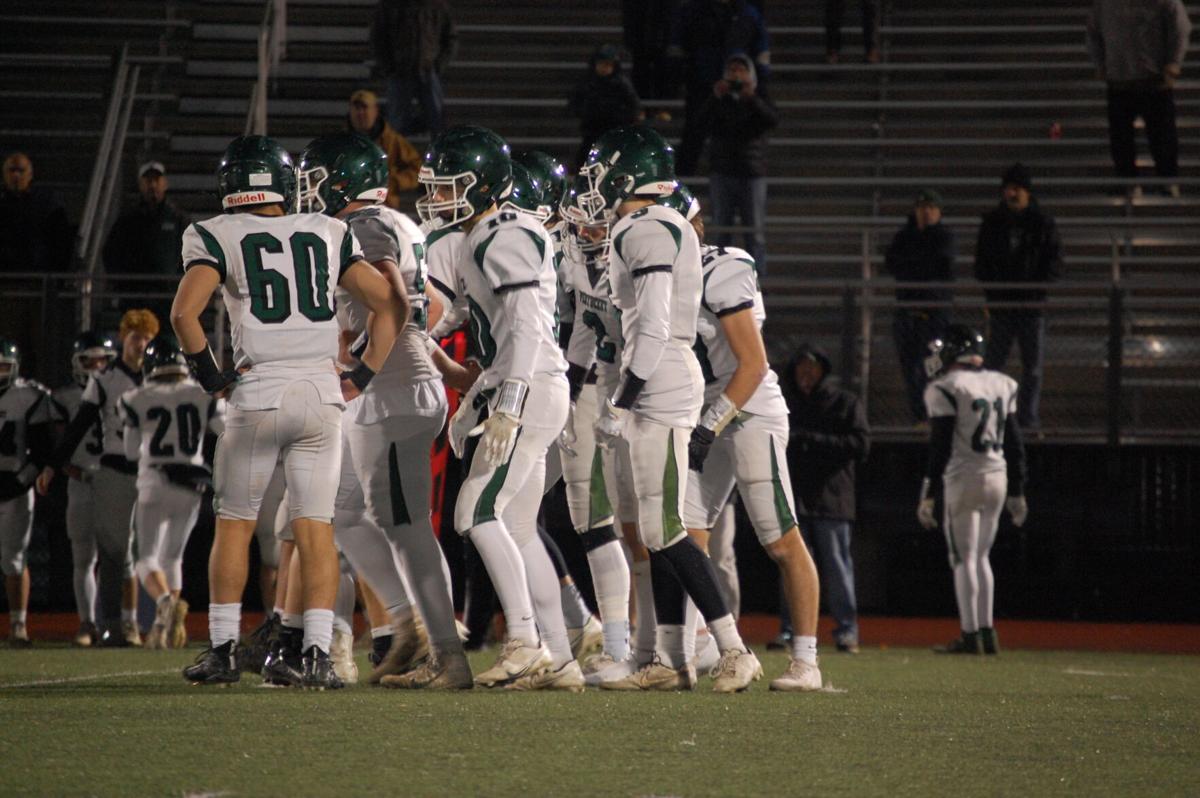 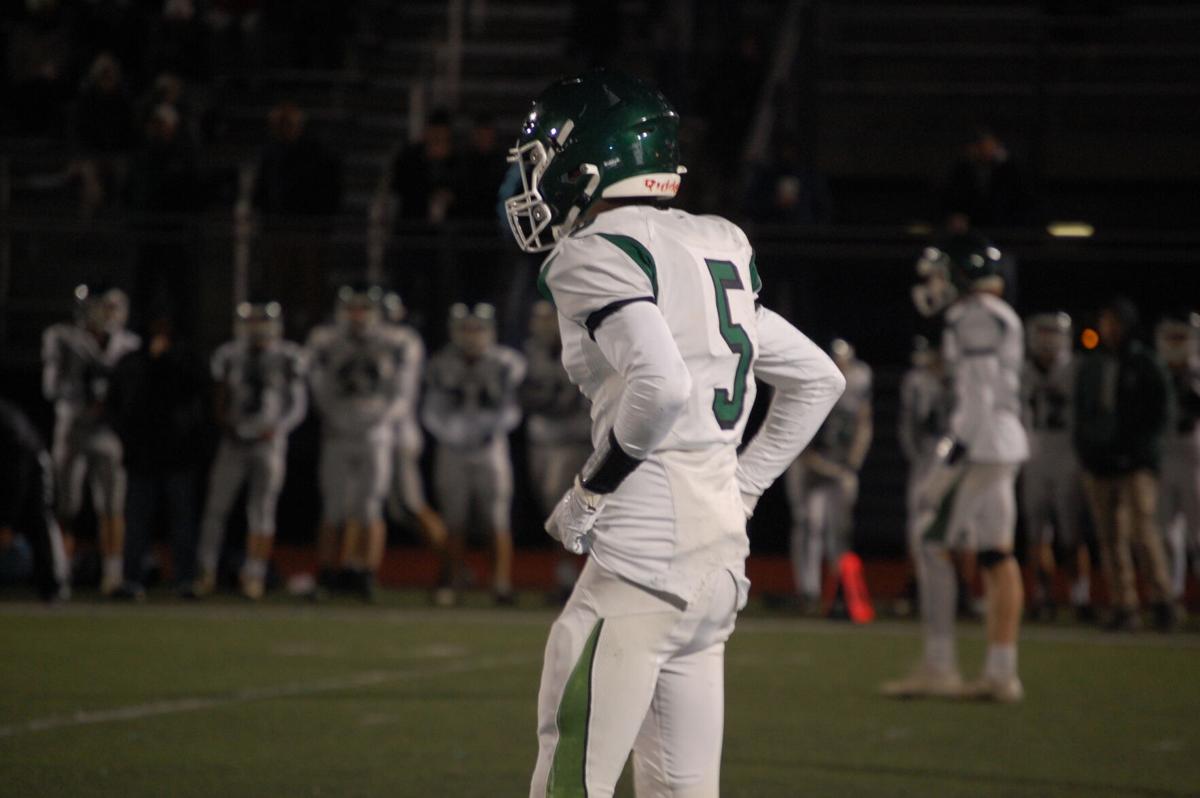 Che Condon and Pentucket football were one of the local teams to make it the farthest in their respective tournament this fall.

KYLE GAUDETTE/Staff Photo Pentucket’s Johnny Igoe lines up in the backfield prior to a play in Friday’s Division 5 semifinal game.

LYNN — It was clear from the opening kickoff of Friday night’s Division 5 state semifinal that this was a different Pentucket team than the one that faced North Reading nearly two months ago.

With how the last meeting went, it had to be if the Green and White stood any chance.

But on the game’s opening kickoff, Henry Hartford booted a well-executed onside kick that his Pentucket teammates were able to recover. That was a tone-setter for the start of the game, as gritty Pentucket held the high-powered North Reading offense to just six points in the first half.

But the Hornets showed why they’re the top-ranked team in Division 5 in the second half, using explosive special teams plays and relying on workhorse sophomore back Will Batten to eventually earn a 31-14 win Friday night at Manning Field. That win earns the Hornets (9-1) a trip to the Super Bowl, while Pentucket (8-3) sees its magical run end a game shy of reaching Gillette Stadium.

And the Hornets certainly did get Pentucket’s best.

Having been shut out 20-0 during the regular season, the Green and White were eager to get their Cape Ann League rivals back on a bigger stage. On a chilly night at Manning Field, the normally pass-happy Hornets offense that opperates out of the spread handed off to the sophomore standout Batten 27 times. The back chewed up his fair share of yards in the first half, but Pentucket safeties Brandon Lee, Will Sutton, Che Condon and Johnny Igoe routinely stepped up to help linebackers Chase Dwight, James Igoe and Adam Payne make stops.

The Hornets struck first midway through the second when quarterback Alex Carucci kept it on an option play for a 2-yard score, but after a doinked point after attempt Pentucket immediately responded. Condon got the drive started when he hauled in a 42-yard pass from Dwight while getting interferred with, and three plays later Dwight kept it himself for a 1-yard TD that made it a 7-6 game at halftime.

“They came out and battled against a team that gave us a beatdown from start to finish earlier in the year,” said Pentucket co-coach Dan Leary. “North Reading knew they were in for a dogfight right from the opening kickoff. Some things didn’t go our way in the end, but the kids fought all the way through.”

The door was open to put the foot on the gas when Pentucket got the ball to start the second half. But after a quick 3-and-out, the Green and White were forced to punt.

Just like in their game during the regular season, senior Ryan McCullough fielded the punt and darted 77 yards for a touchdown that shifted the momentum. The Hornets got another stop after that, and followed with a long drive that ended with a Matt Guidebeck 26-yard field goal that made it 17-6 late in the third.

On a 4th-and-9 from the North Reading 39, Dwight hit Condon on a cross that ended up going for 17 yards to keep the drive alive. Dwight would then hit Lee twice to get Pentucket down to the 1 again, where the big QB rumbled in for his second score to make it 17-14 with 10:21 left.

And the Green and White got the stop they needed on defense.

But taking over from their own 10, Pentucket could only muster two yards over three plays and had to punt it right back. The kick went straight to McCullough, who caught it around midfield and almost housed his second punt return TD, taking it down to the Pentucket 4.

A few plays later, Carucci ran around in the backfield for what seemed like an eternity before finding Guidebeck in the end zone for a 6-yard score.

“They just force you to defend the entire field,” said Leary. “Unfortunately, they had a couple plays, No. 7 for them where he has a lot of speed in the open field, and he made them happen.”

That made it a 24-14 game with five minutes left, and after a Pentucket pick Batten capped his day with a 13-yard TD to ice it.

Dwight had 142 yards through the air and added another 34 on the ground, while his top target Condon hauled in five passes for 118 yards. While its not the end that Pentucket wanted, it still gets its annual Thanksgiving Day game with Triton as one last chance to be together as a team.

“I’m glad these seniors get one more chance to play.”