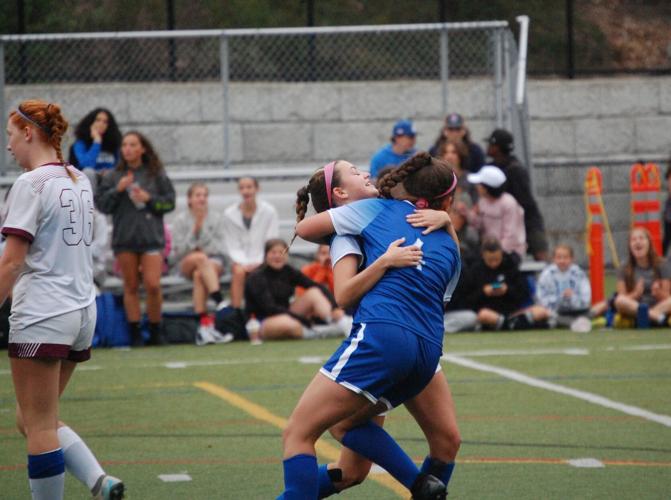 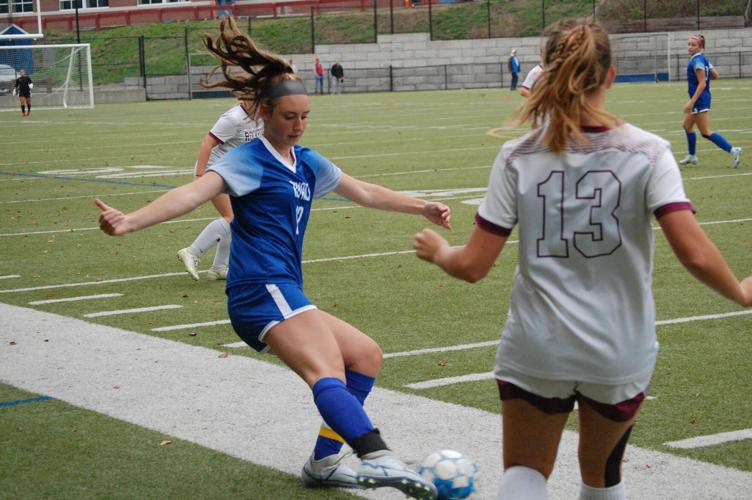 Georgetown’s Carena Ziolkowski moves the ball around a Rockport defender during Monday’s game. The senior tri-captain scored a goal to help lift the undefeated Royals to another win. 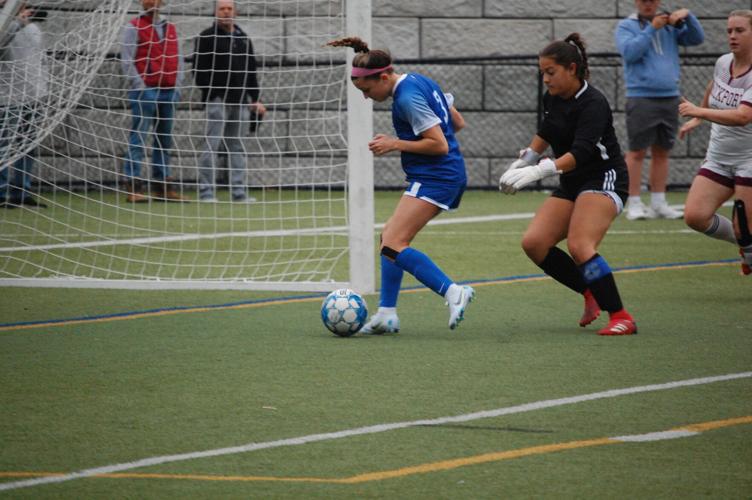 Georgetown's Olivia Hiltz gets behind the Rockport goalie to score an easy goal during Monday's game. 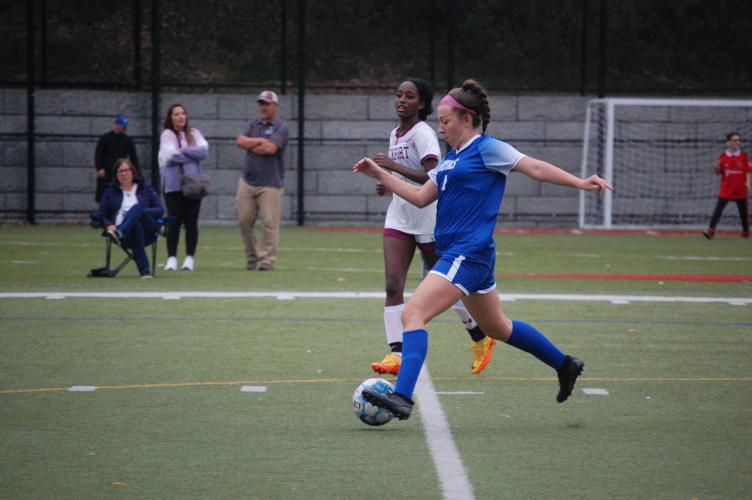 Georgetown’s Kayla Gibbs runs down the field with the ball during Monday’s game against Rockport. 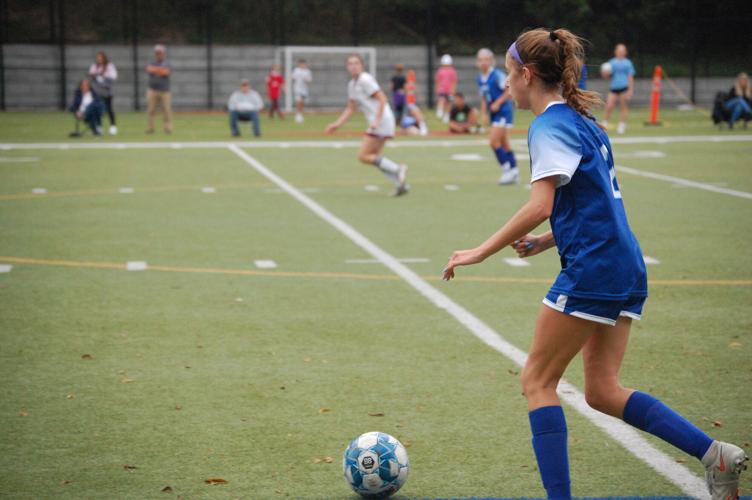 Georgetown's Lyla Schneider looks to make a pass down the field during Monday's game against Rockport.

Georgetown’s Carena Ziolkowski moves the ball around a Rockport defender during Monday’s game. The senior tri-captain scored a goal to help lift the undefeated Royals to another win.

Georgetown's Olivia Hiltz gets behind the Rockport goalie to score an easy goal during Monday's game.

Georgetown’s Kayla Gibbs runs down the field with the ball during Monday’s game against Rockport.

Georgetown's Lyla Schneider looks to make a pass down the field during Monday's game against Rockport.

GEORGETOWN — Heading into this fall season, there was something circling around the Georgetown girls soccer team that hadn’t been present in quite some time.

Over a six-year stretch from 2015-2020, the program had its good days and bad, but overall didn’t have a single winning season while posting a combined record of 19-65-7. That’s of course not to suggest that athletes weren’t working hard to improve during that time, and playing in a division as tough as the CAL didn’t help matters.

But last year, something changed.

The Royals (12-6-2) posted their first winning season since 2014, finished second in the CAL Baker standings, made the postseason and won a playoff game to advance to the Division 5 Round of 16. It was the culmination of years of dedication and work put in by everyone involved with the program.

And this fall, a large portion of that team returned.

Well, through five games, the team has more than met the expectations attached to it. On Monday, Georgetown didn’t necessarily play its best game, but still gritted out a 3-0 win over visiting Rockport. It was a victory that kept the first-place Royals (4-0-1, 3-0-1 CAL) undefeated on the young season, as the team has already recorded four shutouts and allowed just one combined goal while averaging 2.1 per game themselves.

“We played hard,” said Georgetown coach Kevin Fair. “They’re effort was strong and our finishing is getting better. and overall, we were really, really strong defensively. We have a fantastic goalie in Mary (Surette), she just controls the game. and our sweeper, Meghan Loewen, is just rock solid. So our back line defended really well, marked really well, and right now they’ve been carrying us.”

Heading into the season, Fair was excited about the team’s overall speed.

On Monday, that was apparent right away.

Just eight minutes into the game, sophomore Avery Upite sent a pass to senior tri-captain Carena Ziolkowski just beyond midfield, who then played a cross deep into the offensive zone. Forward Olivia Hiltz, a junior, then took over, zooming past the defense to the loose ball in front of the net. She got a nice bounce over the goalie’s head, controlled it on her left foot and gently guided it to the back of the net to put Georgetown up 1-0.

That score lasted until halftime, as the defense stood tall in front of Surette.

Loewen, a fellow senior tri-captain, led that defensive effort from her sweeper position. Abby Stauss, Kayla Gibbs, Ava Johnson, Reese Martin and Shannon Gibbs also played well in front of Surette, who herself made 7 saves — mostly coming when Rockport made a surge to start the second half.

“I think a lot of it has come from building up our communication,” said Surette, the final senior tri-captain. “That’s something that we really struggled with at the beginning of the year, but all of our problems that happened with marking, being offsides, all of those can be fixed with communication. So that’s something we’ve been working on a lot, and I think it’s improved to being one of our strengths. That and our speed. We are a super, super fast team, so it gives us a huge advantage over teams that have a slower defense because we can just pop the ball over the top.”

After withstanding that second-half Rockport push, the Royals put the game away with just over 10 minutes left.

Hiltz again got behind the defense as the Vikings were pressing offensively, and she sent a pretty cross over to a wide-open Upite who buried a strike top shelf. Ziolkowski then made a great run down the right sideline seconds before the final whistle, and beat the goalie with a rocket of a shot for her third goal of the season.

“If we use the width of the field with our speed, it can make a big difference,” said Fair. “We’ve just got to not get sucked in.”