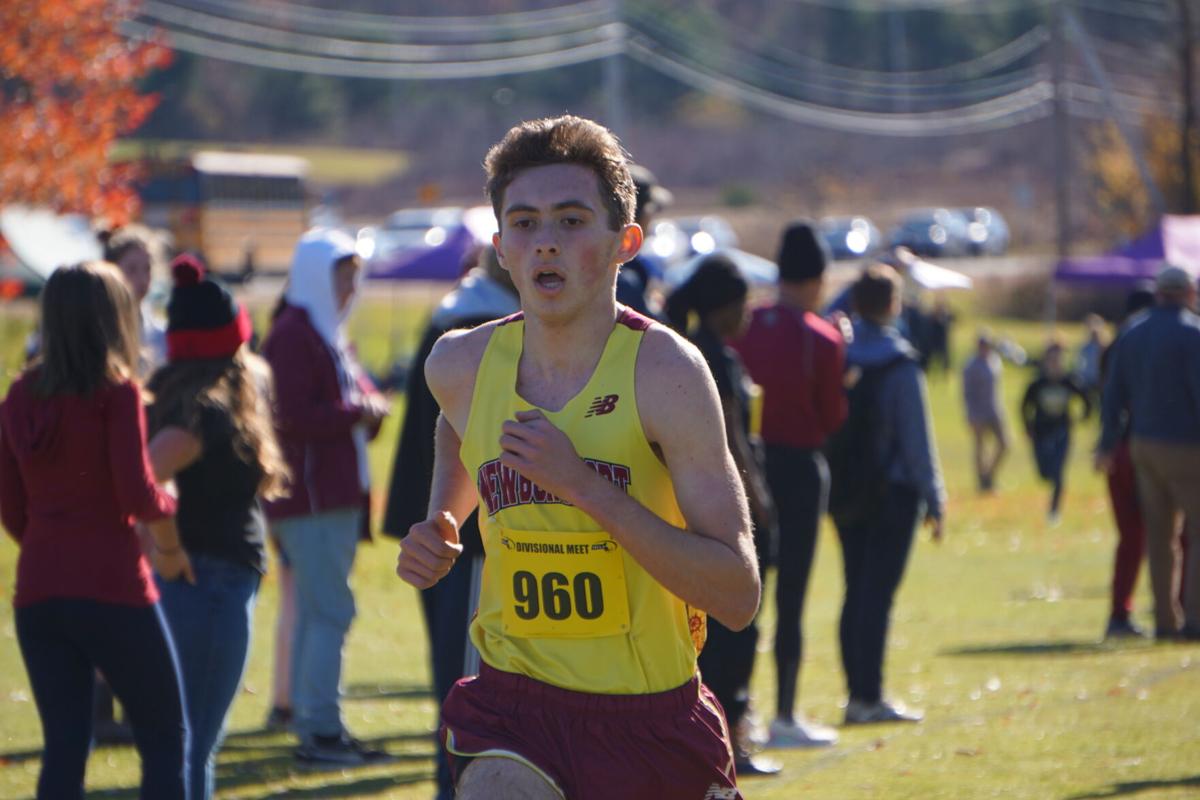 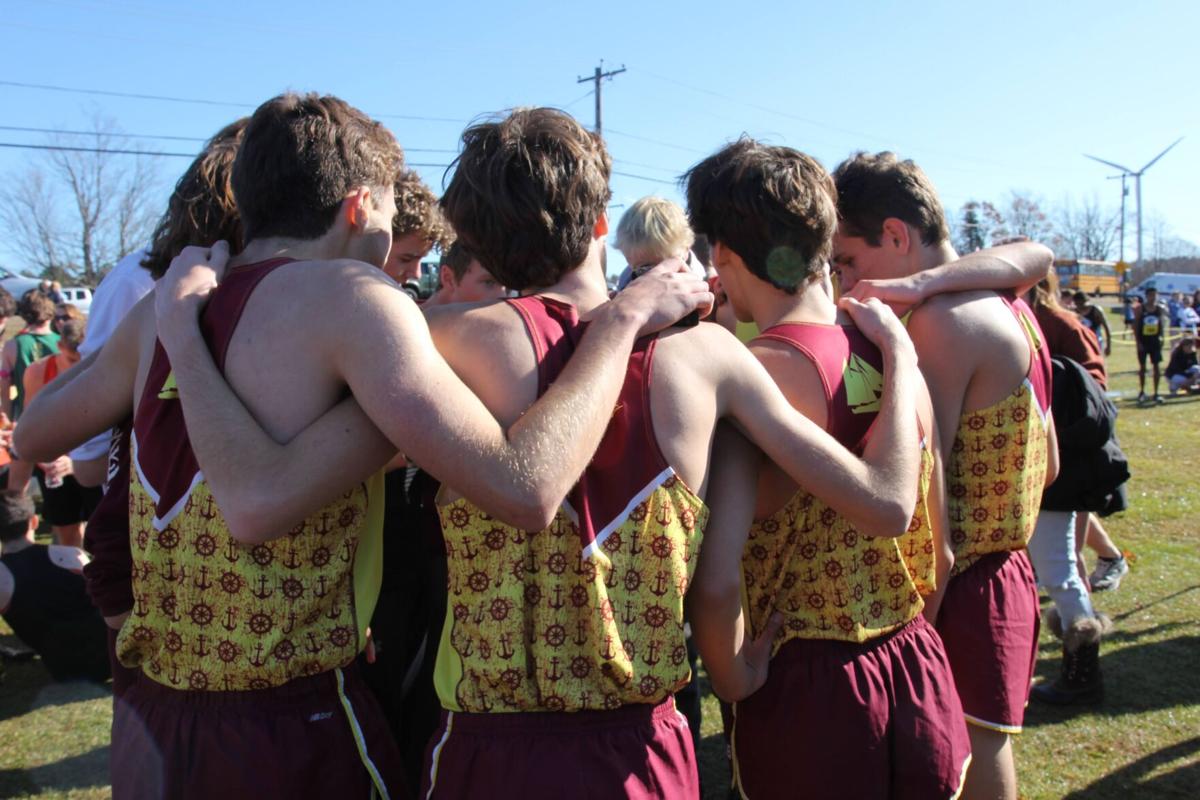 The Newburyport boys cross country team huddle up to celebrate their fifth-straight Division 2B championship on Saturday. 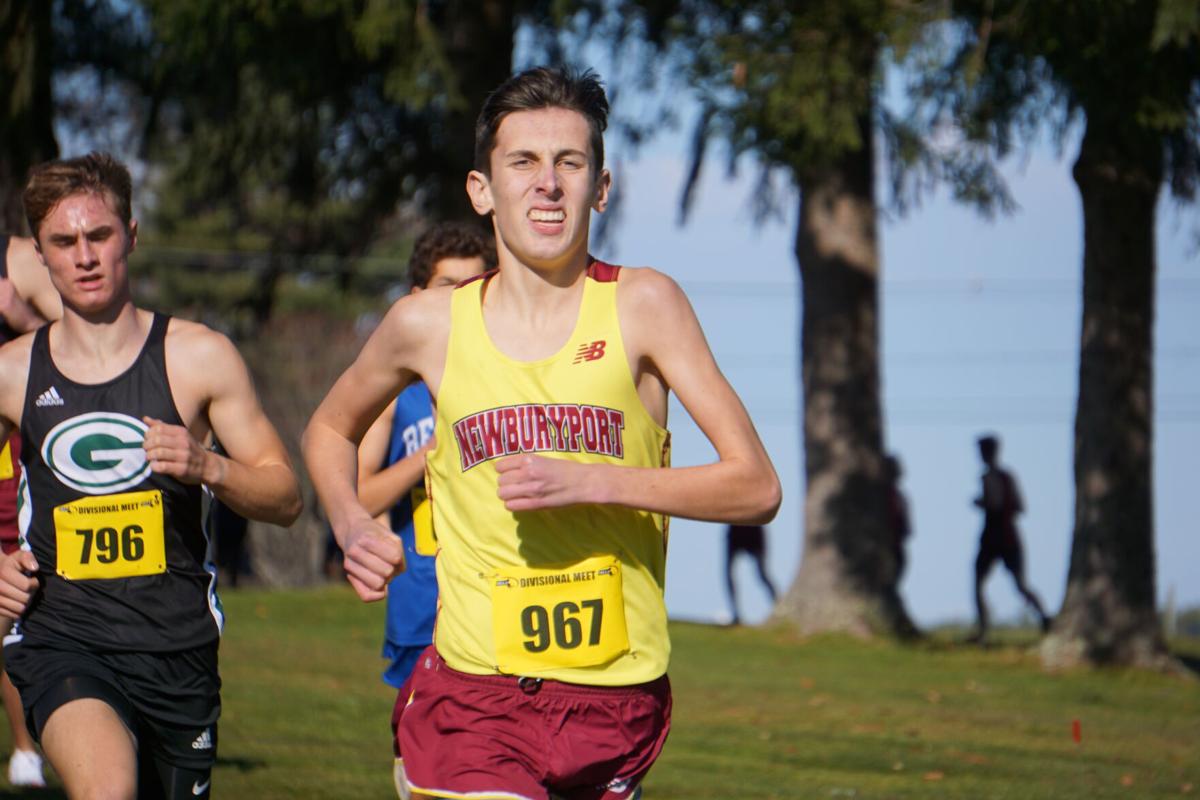 Newburyport’s Matt Murray has been a consistent runner for the program all fall. 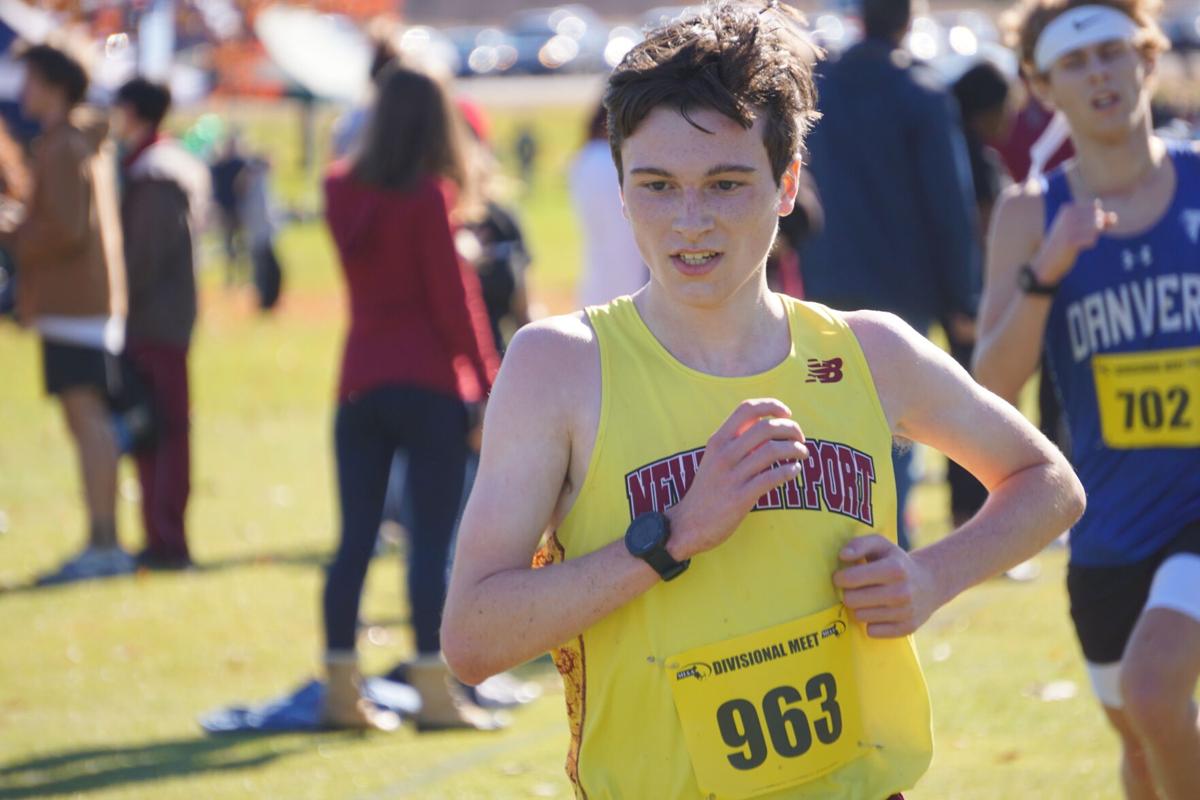 Bradford Duchesne has been one key cog in what is an incredibly deep Newburyport cross country team this fall.

The Newburyport boys cross country team huddle up to celebrate their fifth-straight Division 2B championship on Saturday.

Newburyport’s Matt Murray has been a consistent runner for the program all fall.

Bradford Duchesne has been one key cog in what is an incredibly deep Newburyport cross country team this fall.

Based solely on the overwhelming success of the program over the years, then yes, this fall’s Newburyport cross country team is exactly like its predecessors.

But then again, no. This year’s team is entirely unique.

There’s no Sam Acquaviva, or Nick or Jack Carleo — although there still is a Carleo on the team — or Joe Molvar, or any of the long list of incredible, A-list runners the program has become accustomed to producing over the decades.

There’s not that one superstar.

But as a collective, as a full-fledged unit, this year’s team has serious talent that spans all of the way up and down the entire roster. There is no weak spot, only a cohesive, strong and deep squad that continued on the proud legacy of the program by winning its fifth straight Sectional Championship (Division 2B, previously EMass D4) on Saturday, and eighth in the last nine years.

“I think it’s just that winning culture that has built upon itself,” said longtime Newburyport coach Don Hennigar. “Each year (winning Sectionals), it’s what the kids aspire to do. It’s what the previous teams have done, so it’s what they want to do to try and keep things going.

“And this team is very unique. For many, many years in a row we’ve always had an outstanding runner. This team doesn’t have a front runner like that, but they’re very deep.”

When all was said and done on Saturday, and the Clippers found themselves atop the podium as champions after their 66 points beat out second-place Danvers (84), it was senior Nathan Barry who wound up being the team’s top placer. He finished sixth overall out of 171 runners in the Division 2B field, crossing the 3.1-mile course finish line in 17:13.7

And it was the first time all season he was the leading Clipper in a race.

“It was surreal,” said Barry, who is also a top-flight student with a 4.75 GPA taking five AP classes. “It’s been a lot of hard work and training and it’s starting to pay off.”

What’s crazy is that Barry actually started the season running with the JV unit at the Ocean State Invitational in Warwick, Rhode Island. He was still working his way back from an Achilles injury he suffered during last year’s indoor track season, but has been getting stronger and stronger as this fall’s cross country season has progressed.

“He’s a great kid and it’s nice to see something like that happen to him,” said Hennigar.

Added Barry, who is looking to get into Ivy League Cornell: “I’ve just been trying to progress a lot and stay consistent with my training. On Saturday, I just felt good out there, and I think that was the key.

“We were definitely confident as a team going in.”

But while Barry was the “star” on Saturday, all season long seemingly someone new each meet has stepped up for the Clippers.

“That’s definitely the strongest area of our team is our depth,” said Barry.

And he’s not joking.

It may not be a “traditional” Newburyport cross country team with a well-known name atop the team’s leaderboard. But these Clippers are still supremely talented, and will most definitely be a factor at the Division 2 All-State meet this Saturday at the Wrentham Developmental Center (11:30 a.m. boys race, 12:15 p.m. girls).

“On paper, looking at the teams that we raced in Gardner last Saturday, we’re not going to be the favorite,” said Hennigar. “But we’ll be in the mix. Burlington and Wakefield certainly ran faster than we did. But Saturday is a new day, and we haven’t had a race yet this year where everyone has had their best day. So anything can happen.”

The Clippers last won the Division 2 All-State meet in 2018.

The aforementioned Burlington and Wakefield — which finished first and second in the Division 2A Sectional on Saturday — as well as Division 2C winner Marthas Vineyard, will all present strong tests.

But the Clippers will be ready, as a team, to face any challenge head on.

“It’s definitely going to be very competitive,” said Barry. “I would think that if everyone could have a really good day on Saturday, we could have a good chance.”