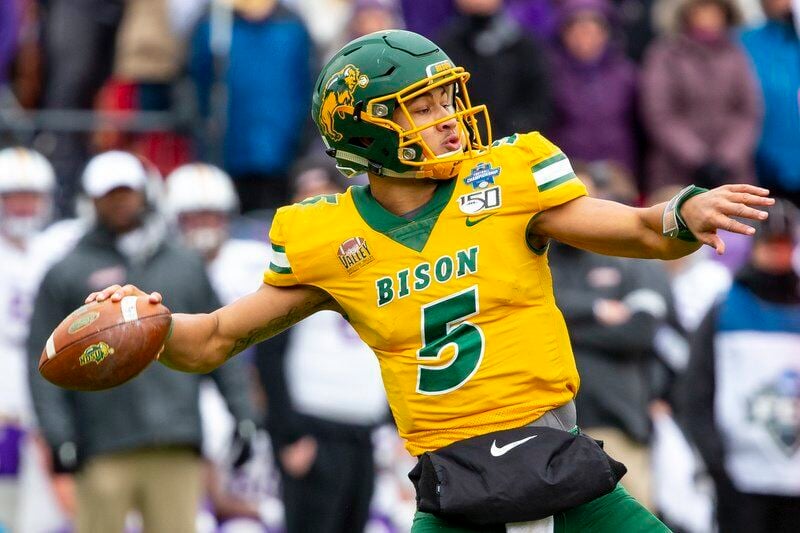 Associated PressNorth Dakota State quarterback Trey Lance has the talent. But has he been tested against strong enough talent? 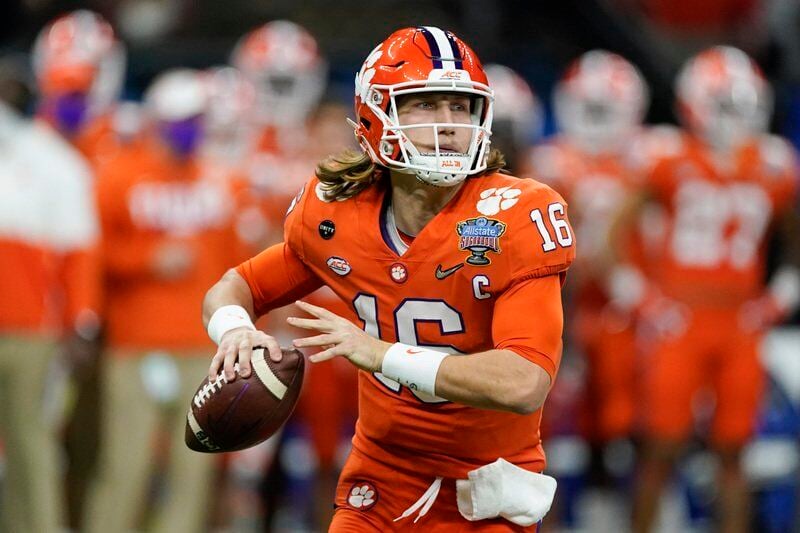 Associated PressTrevor Lawrence has been the clear No. 1 player in the 2021 NFL Draft for more than a year. But he has areas to improve on. 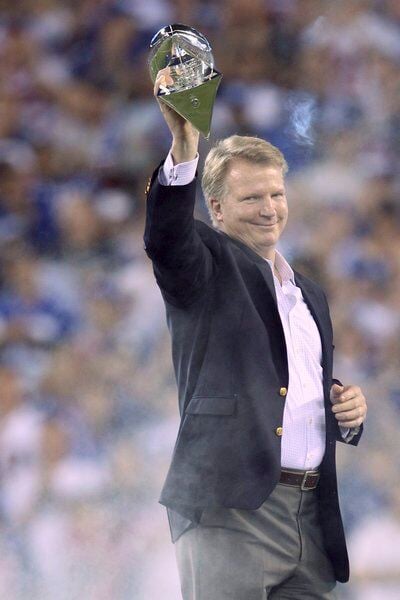 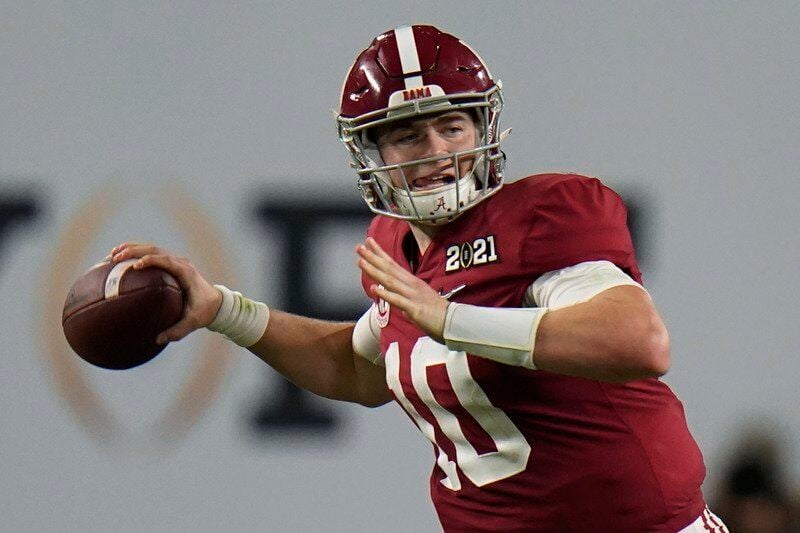 Associated PressAlabama quarterback Mac Jones has the success and consistency, but is he missing the true "It Factor?" 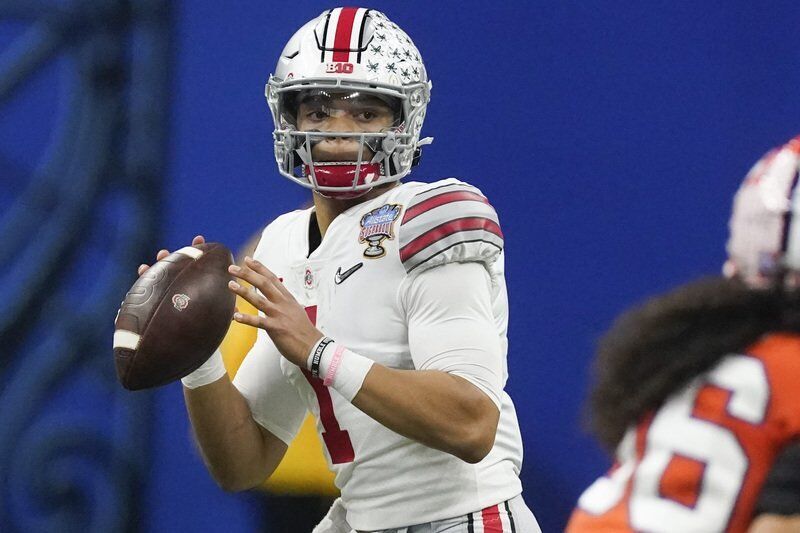 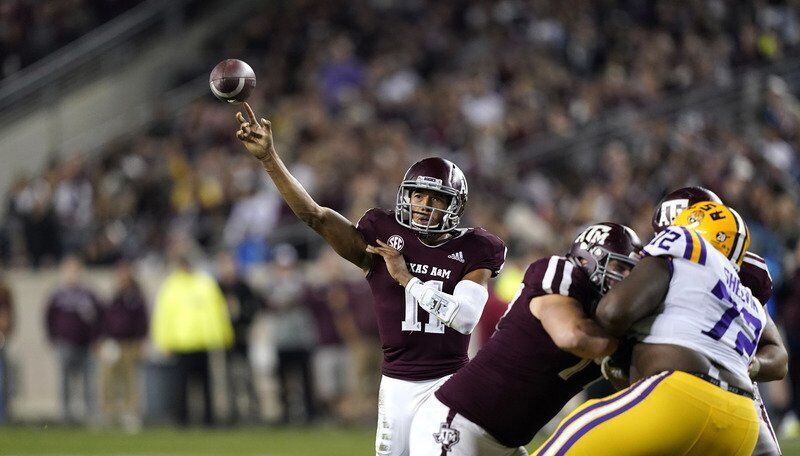 Associated PressTexas A&M's Kellen Mond could be the steal of the quarterback class in the 2021 NFL Draft. But why isn't there more hype about him?

Associated PressNorth Dakota State quarterback Trey Lance has the talent. But has he been tested against strong enough talent?

Associated PressTrevor Lawrence has been the clear No. 1 player in the 2021 NFL Draft for more than a year. But he has areas to improve on.

Associated PressAlabama quarterback Mac Jones has the success and consistency, but is he missing the true "It Factor?"

Associated PressTexas A&M's Kellen Mond could be the steal of the quarterback class in the 2021 NFL Draft. But why isn't there more hype about him?

HBO and CBS pro football analyst Phil Simms loves this part of his job, which isn’t really required by his bosses.

From February through mid-April, the former New York Giants quarterback and Super Bowl MVP watches film on the big screens in the office of his New Jersey home.

While he usually looks at over 100 players, this year was different. He focused on quarterbacks, for the most part, and wide receivers.

We here in New England are interested in both — me, specifically, receiver DeVonta Smith. But quarterback interests us more because of the alleged dearth at the position coming out of college.

Simms isn’t predicting it will happen or what would have to happen for it to happen, but he believes that Justin Fields would be the one quarterback Bill Belichick & Co. could bring in seamlessly behind Cam Newton.

“When the Patriots re-signed Cam Newton my first thought was, ‘Wow, bringing in Fields to learn under him would be ideal,’” said Simms. “He reminds me of Cam. He’s not as big, but he’s a great athlete. Josh McDaniels could put in those quarterback run plays and be more creative with Cam and Fields. It wouldn’t be the Ravens offense, but Fields would run. Of course, getting him, where they are No. 15, wouldn’t be easy. But it would make sense to me.”

Simms said, for example, Zach Wilson’s loss to Coastal Carolina isn’t used as a detriment to his draft stock.

“If you asked me, Coastal Carolina was a better team,” said Simms. “They dominated BYU physically. He didn’t play great, but he was the best quarterback on the field. The point is I’m judging the player, not the team or competition.”

Here Simms breaks down the top six quarterbacks, in order (“Somewhat,” said Simms), after watching all of their tape from their last season:

What Simms likes: Trevor is the safest because he has high upside in everything he does. Even if his career is not what we expect, he will be a solid NFL quarterback.

He has a strong arm. He really knows how to play the position. He knows how to find wide receivers. He has great size and can make every throw on the field. He reminds me of a pitcher that winds up and can throw that 95 miles per hour fastball and paint the outside corner.

Simms concern: Does he have big-time NFL accuracy? Not yet. But if you are a natural thrower of ball, like I believe he is, you get better. If he really loves football and improving, he could be great.

Simms likes: Zach has big upside. He has a flair you like from your star player. He has a really good arm. He can move in many ways. He’s fast. He can take a basketball and do a 360-degree dunk. He knows how to play and has a great feel for the game. There is only one Patrick Mahomes, but he has some of that flair to his game.

Simms concern: I worry a little bit about his frame, at 6-foot-2 and 214 pounds. He’s not little, but he’s just not big like some of the other guys.

Simms likes: I like his talents. Like I said, I compare him to Cam Newton, but quicker and more elusive. And he’s very powerful throwing and running. He can also fake people out. He’s accurate on long throws, which is important. He can throw that sideline pass which is important. While he won’t run like Lamar Jackson, he will be a threat running the football.

Simms concern: His throwing motion is long. What does that mean? It’s unique to NFL where most guys are compact with very little wasted motion. He throws it that way on short passes, too. It’s his motion and not sure how much it can be shortened.

Simms likes: Without a doubt, Mac has a compact, quick release. He’s good in the pocket. He’s a good decision maker. And he’s accurate at hell. He can find the next receiver quicker than anyone of this group. A great competitor. He could be a great quarterback eventually. There’s a lot to like.

Simms concerns: I wish he was more athletic and scrambled for gains. He’s not the worst athlete to play position, but he’s not like the other guys. Do I wish he threw harder? Yes. Would I be shocked if he was taken third overall by the 49ers? No. In fact, I’m hearing that.

Simms likes: Trey is big, strong, with a strong arm and he has a repetitive motion where every throw — short, medium or long — looks the same. I like that. The first game I watched was probably the worst he played. I liked the power of his arm.

I liked the way he ran the team. He ran plays almost like a running back, getting the ball and taking off. He does a nice job of checking off at the line and for a guy with as little experience as he has, he good at looking at different receivers.

Simms concerns: He doesn’t have a lot of experience, really just one year. I’m not bothered by the competition he played while other people are. If he’s available at No. 15, I believe the Patriot would be interested.

Simms likes: Kellen spins the ball better than any quarterback in the draft. In terms of QBs, he can really throw the ball with anybody. What I really like is he threw the ball in a lot of tough situations, while getting hit, with guys covered, etc. He has experience throwing under pressure and he doesn’t panic. He threw darts everywhere. I like Kellen.

Simms concerns: He played for four years and you would expect that competition in the SEC, that he’d be thought of better. People seem to be concerned about his completion percentage, and that will have to improve, but I believe it will.