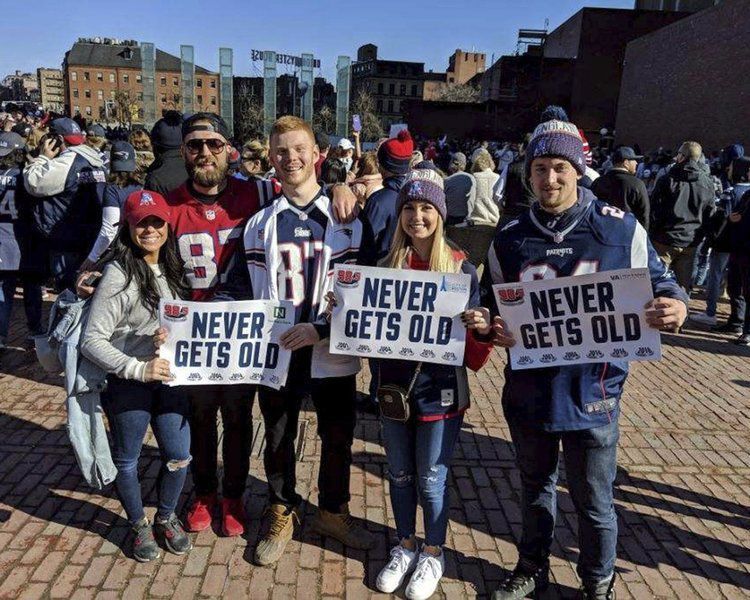 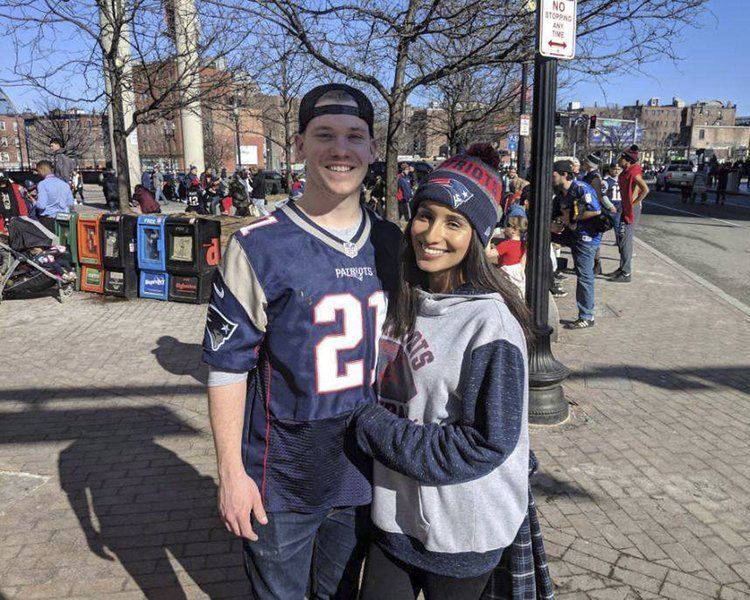 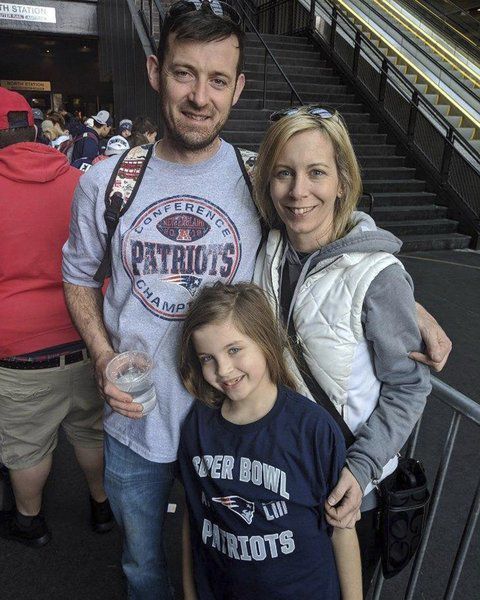 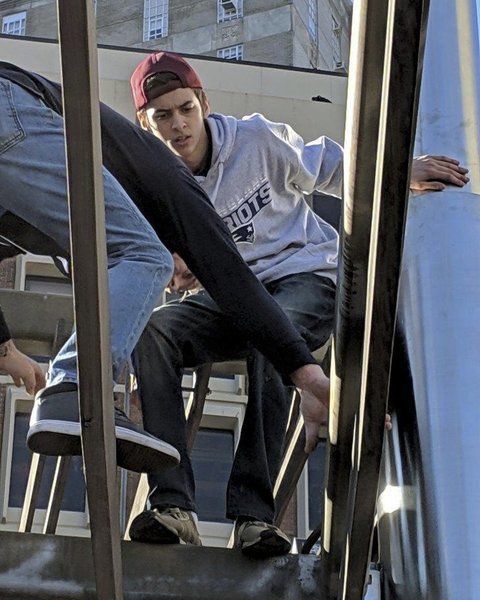 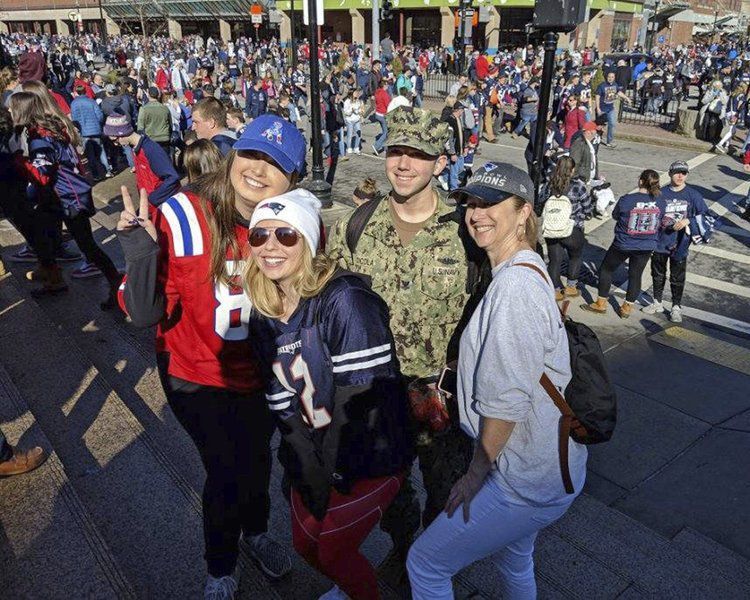 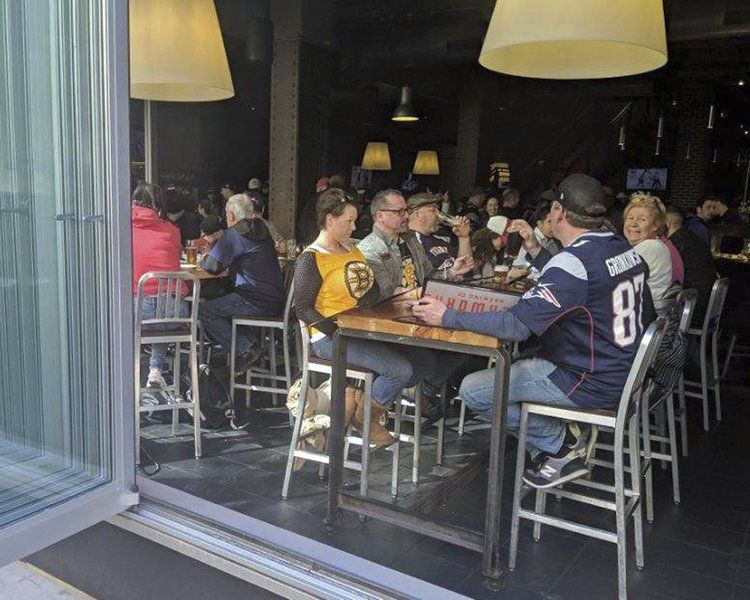 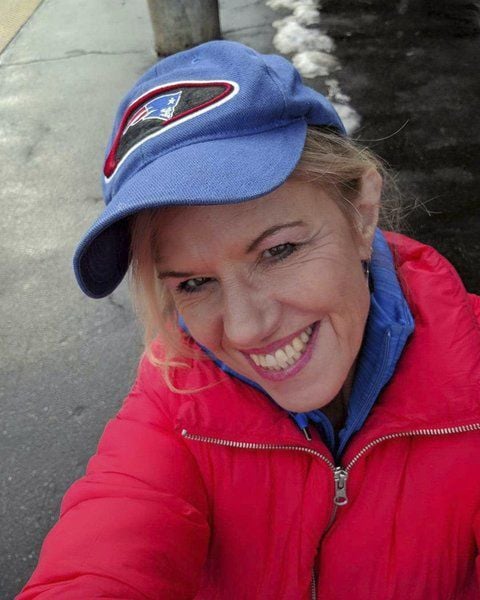 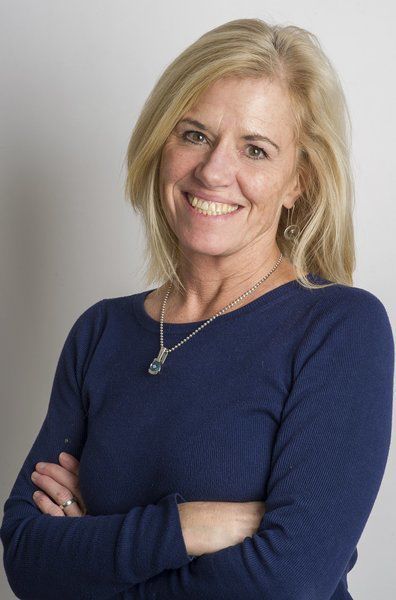 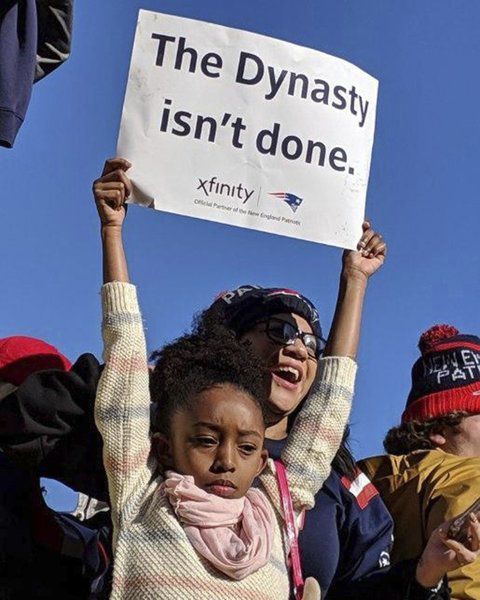 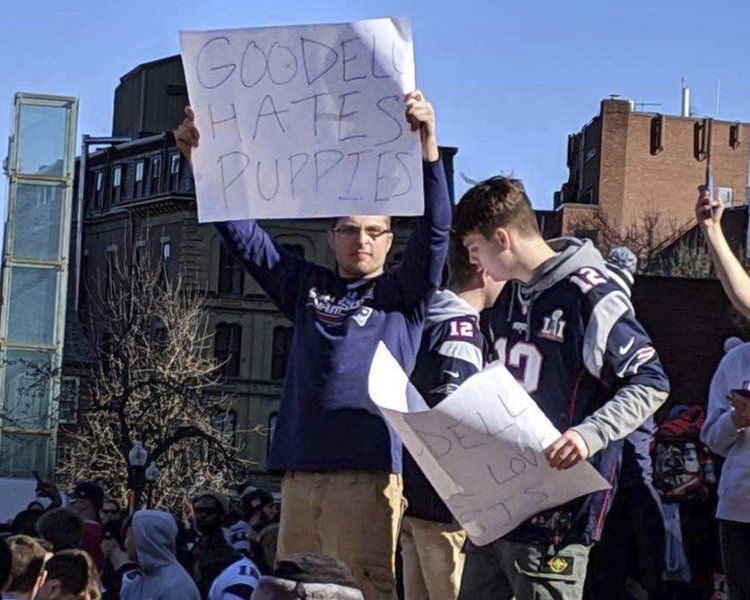 I arrived late to the parade. It was a rookie mistake.

The Haverhill MBTA station has ample parking both in the lot and nearby. So getting there at 8:30 seemed reasonable — if you aren’t parking up the hill, and around the corner, and down the road.

“It’s not like they’re going to start on time,” a fellow rider told me.

Our destination of North Station and the 15-minute walk to Government Center was toward the end of the parade route, so we’d be fine.

The train stopped in Bradford, Lawrence, Ballardvale and beyond.

Enthusiastic conversation surrounded the Super Bowl: Should the Pats have taken the field goal, or gone for it?

“Take the points,” was the consensus.

Before I exited the train — with time to spare — I had a slew of new friends. For Super Bowl Sunday they ate meatball subs with Parmesan and mozzarella cheese; jumbo shrimp cocktail; chicken pot pie; the craziest nachos ever; mushroom garlic flatbread; soggy dogs.

(Dude, get off the roof of the TV van. The police are going to handcuff and arrest you, no matter how many cousins are booing them.)

Here’s the truth: I was one of those fans. A Super Bowl drop-in until 2017. That year, The Eagle-Tribune produced a magazine that may or may not have been published, despite all the efforts to get the whole thing ready, depending on a win or loss.

That was the year I received a football primer, a Patriots history lesson, an appreciation for the sport beyond my son’s middle school games.

That also was the year I curled up under a blanket in front of the TV as the halftime score looked ridiculous.

I couldn’t see the Pats at Tuesday’s parade, no matter how hard I tried to climb the scaffolding. But it didn’t matter.

Fans I met came from Johnston, Vermont; Bangor and Portland, Maine; Middleton, Rhode Island; and nearby from Haverhill, Methuen, Lawrence and Andover.

Post-parade, the lines at nearby restaurants and bars were hours long. So was the wait for the trains.

On the commute home everyone’s feet hurt. My new friends Chuck and Mike, 27-year-olds from Methuen, shared inside jokes with me.

Someone was singing that “Baby Shark” song to a toddler. A harmonica sounded in the background.

“Let’s go Red Sox!” they chanted for the future.

We’re a unified and lucky crowd.

I arrived late to the parade — but I still have plenty of time.

Tracey Rauh is managing editor of The Eagle-Tribune.